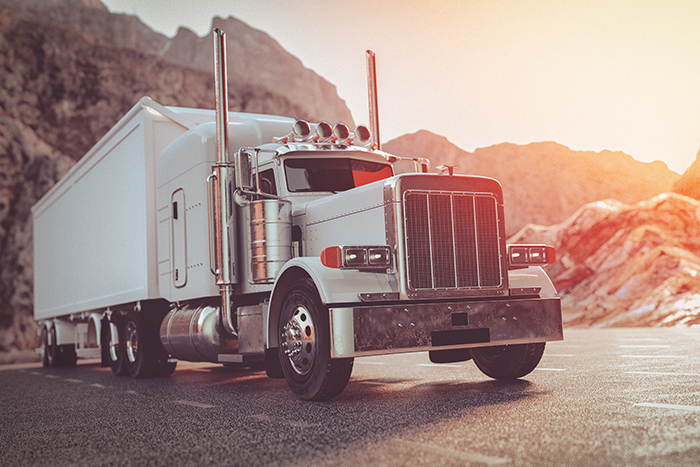 The 50 largest domestic carriers saw their combined truckload revenue surge 13.8 percent to $42.26 billion in 2018, with only four companies reporting declines from 2017, according to the JOC Top 50 Truckload Companies 2018 rankings. Total LTL revenue for the largest companies, meanwhile, rose 10.6 percent year over year to $42.93 billion. Only three LTL operators showed declines in revenue, one of which — LME, Inc. — shut down permanently earlier this year.

Fast-growing Daseke jumped into the top 10 truckload operators for the first time in 2018, securing the No. 9 spot thanks to a 91.3 percent increase in revenue to $1.35 billion. The strong revenue growth was fueled primarily by the firm’s acquisitions, which included Leavitt’s Freight Service, Builders Transportation Co., Kelsey Trail Trucking, Aveda Transportation, and Belmont Enterprises. The largest percentage gains, however, were seen at Hub Group, which moved up three spots (from 50 to 47) as revenues skyrocketed 154.6 percent, albeit from a much smaller base, to $293 million. Hirschbach Motor Lines jumped 11 spots (from 44 to 33) on 63.2 percent growth to $454 million.

Among the 50 largest LTL carriers, FedEx maintained its sizable lead on the rest of the sector with a 15.9 percent increase in revenue to over $7.35 billion. Old Dominion Freight Line (ODFL) surpassed XPO Logistics to take the No. 2 spot thanks to a 20.6 percent bump to $3.98 billion, making it the third-fastest growing LTL carrier in the country. Estes Express Lines took the No. 5 spot from UPS Freight with a 13.4 percent year-over-year increase to $2.79 billion.

In addition to ODFL, the fastest growing LTL operators last year were Cross Country Freight Solutions, which saw revenue surge 94.3 percent to $87 million, taking it up seven spots (from 50 to 43); and Fastfrate, which gained two spots (from 36 to 34) as revenue grew 22.3 percent to $151 million.

The annual JOC rankings also illustrate a fundamental difference between the two United States trucking markets. In the much more fragmented, top-heavy LTL sector, No. 1 carrier FedEx Freight ($7.35 billion) pulled down more than 1.8 times the revenue of the next-largest operator; nearly six times that of the No. 10 carrier, Southeastern Freight Lines ($1.24 billion); and 144 times that of the No. 50 carrier, Southwestern Motor Transport ($51 million). By contrast, the spread between the No. 1 truckload company, Swift Transportation ($3.15 billion), and No. 50, Acme ($276 million), is just 11.4x.

JOC.com’s annual Top 50 Truckload Carriers and Top 50 LTL Carriers rankings are assembled by SJ Consulting Group using company financial reports and SJ Consulting Group estimates. Revenue figures are expressed in millions of US dollars. Truckload revenue figures may include less than 10 percent for LTL and other services, and LTL revenue may include less than 10 percent for truckload and other services.