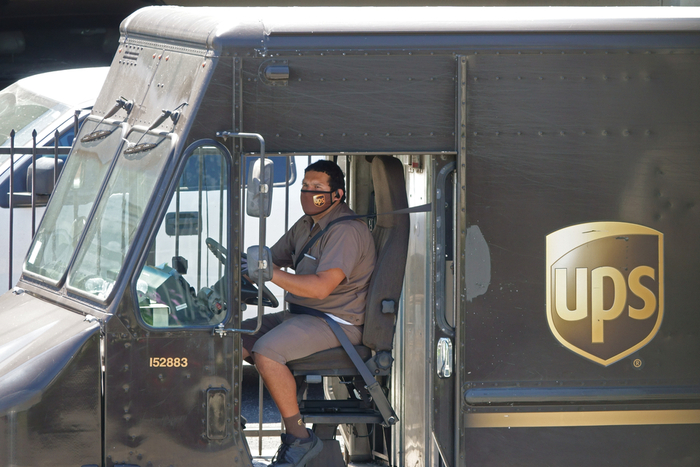 Sudden shifts in customer mix and freight volumes are accelerating UPS’s plans for greater automation in its freight and package processing hubs, as the impact of the COVID-19 pandemic follows the company from one market to another. UPS on Tuesday retracted earnings guidance for 2020 as it braced for further disruption.

“I have never seen the level of demand variability in the markets we serve and among our customers that we are now experiencing,” CEO David Abney said in an earnings call. “Throughout the [first] quarter, we adjusted our network and controlled costs, but we were not able to fully offset the unprecedented and swift changes in market demand and mix.”

Abney noted 'broad disagreements' among economists about 'the length and shape of a recovery'. “With global economic indicators crashing, we’re unable to reasonably estimate our financial performance in future quarters,” he said. Capital expenditures will be cut by $1 billion as UPS reprioritizes spending to investments needed to improve its global freight network.

That includes automation at its freight hubs and sortation facilities. “We will add approximately 80,000 pieces per hour of new automated sort capacity to the US domestic network, increasing efficiency and agility,” Newman said. The COVID-19 pandemic in effect is accelerating UPS’s plans for what it terms its 'transformation' to a more automated and faster network.

COVID-19 cost UPS $140 million in the last quarter, which combined with higher insurance costs and an extra operating day pulled the company’s adjusted net profit down about $200 million to $1 billion, UPS executives said. With $74 billion in revenue last year, UPS is the world’s largest transportation company.

“We’re seeing a dramatic shift in consumer shopping behavior,” Abney said. UPS’s e-commerce volume rose 19 percent in the quarter in the US, and 12 percent internationally. Those numbers may remain elevated even when brick-and-mortar businesses begin to reopen. “Future consumer and business behavior may change as a result of this crisis,” Newman said.

US domestic package volumes spiked 8.5 percent in the quarter, and the shift to more home deliveries increased daily mileage driven by package trucks by 10 percent, and increased the number of daily stops by 15 percent. Newman noted that average US package weight increased by one-third of a pound, a sign consumers are ordering more and heavier goods online.

US commercial deliveries were down about 2 percent for the quarter, and 8.9 percent in March.

In April, US ground package volumes were up by mid-single-digit percentage rates, Newman said, led by ground residential and UPS SurePost deliveries. “The number of delivery stops and miles driven continue to be elevated, putting pressure on density within our network,” he said. By extension, that affects UPS’s network operating costs and allocation of resources.

Healthcare was the only industry vertical with positive US commercial growth in March and April, he said, as UPS delivers personal protective equipment such as masks, surgical gowns, gloves, COVID-19 test kits, and ventilators — much of it flown from Asia on charter flights managed by the company for the Federal Emergency Management Administration.

International package volumes remain depressed, with average daily volumes falling 8 percent in April after a 1.8 percent decline in the first quarter, Newman said. “We had slightly positive average daily volume growth in January and February, but as I previously mentioned, volume declines came in March, finishing the month down 6.5 percent, mainly driven by Europe.”

“As China began to recover, our Asia outbound business accelerated, both air freight and small package, including the healthcare, high-tech, and e-commerce sectors,” said Abney. “We quickly added capacity to keep critical supply chains moving and commerce flowing. We increased the number of flights by over 200 to transport critical life-saving cargo to the US and Europe.”

“When we were kids, we played musical chairs,” Abney said. “In this case, we’re having to play musical airplanes. We’re moving aircraft on the spur of a moment, making very quick decisions.”

UPS’s international freight, as opposed to package, volumes rebounded in March, rising 15 percent, with demand high out of China. But US domestic freight, including UPS Freight and Coyote Logistics, softened, with revenue dropping 0.8 percent year over year to $766 million. “The COVID-19 pandemic proved a $10 million drag on freight operations,” Newman said.

In some respects, COVID-19 is accelerating changes already under way at UPS as it creates a more automated, consumer-oriented network, with delivery available 24/7. “We’re on track to speed up the US ground network and expand weekend operations,” he said. “These efforts will bolster our competitive position and help all customers make the demand for faster delivery.”

UPS is unwilling to say whether the US economy has hit bottom or when it will recover.

“As far as B2C [business-to-consumer] volume, I don’t know that we’ll ever get back to what we’d call the old normal,” he said. “But we’re not ready to declare what we see today as a new normal, either.”