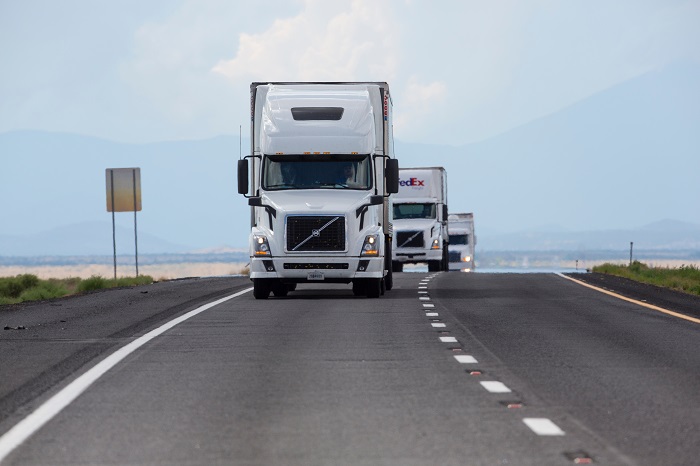 Higher freight volumes and shipper spending reported by the Cass Freight Index show that while the US economy may be expanding more slowly in late 2018, it is not on the verge of a contraction. Photo credit: Shutterstock.com.

The US economy remains “extraordinarily strong,” based on the level of freight shipped and money spent on transportation this autumn and despite the agita caused by elections, trade wars, and the stock market, data from the latest Cass Freight Index show. Shipper expenditures and volumes slipped in October from September but remained elevated year over year.

Shipment volumes increased 6.2 percent in October from a year ago, while shipper expenditures on transportation climbed 12 percent. Those not insignificant gains come in comparison with a breakout month a year ago, when the reaction to two major hurricanes combined with a faster-paced economy to send freight demand and costs soaring.

“Simply stated, when shipment volume is up 6.2 percent, it is the result of an expanding economy,” Donald Broughton, analyst and commentator for the Cass indices, said. “We are hard pressed to imagine a scenario, sans a catastrophic geopolitical event, in which such a strong rate of freight flow expansion was possible or even a precursor to an economic contraction.”

A slower rate of growth doesn’t equal a contraction, or mean one is imminent, as several “soft patches” of expansion since the last recession indicate. The Cass Expenditures Index signals continued pricing power for “those who move freight,” the Cass index report said. In late 2018, “Demand is exceeding capacity in most modes of transportation by a significant amount.”

Other sources, including DAT Solutions spot truckload price and volume data, would seem to indicate slower-than-expected freight demand in September and October. Most trucking operators, however, say freight demand remains strong, even if not as strong as in June and July. A significant amount of freight that typically would have been imported in August was shifted to June and July this year, apparently changing the dynamics of the autumn trucking market.

"Business activity has been and is still very robust," Chuck Hammel, president of trucking and logistics company Pitt Ohio Group, said last month. "We’ve been running through a little soft spot just now, but it’s no big deal. We just gave our truck drivers their second wage increase this year."

Wage increases are driving trucking costs higher, but so is an increase in fuel costs in recent months. Cass noted that the cost of diesel was 20.9 percent higher in October than it had been a year ago. The Nov. 12 US average diesel retail price of $3.355 per gallon was 40.2 cents higher than a year ago. That increase is reflected in rising trucking and intermodal rail fuel surcharges.

At the same time, Cass and Broughton, like other analysts and forecasters, see a slower rate of expansion ahead. “The current level of volume and pricing growth is signaling that the US economy is growing, but that level of growth may have reached its short-term expansion limit,” Broughton said, noting a deceleration from double- to single-digit growth in late 2018.

“We are confident that the increased spending on equipment, technology, and people will eventually result in increased capacity in most transportation modes,” he said. That said, many modes continue to report “limited amounts of capacity” or even “no capacity” at prices shippers are willing to pay. As demand changes in 2019, that calculus is likely to shift as well.