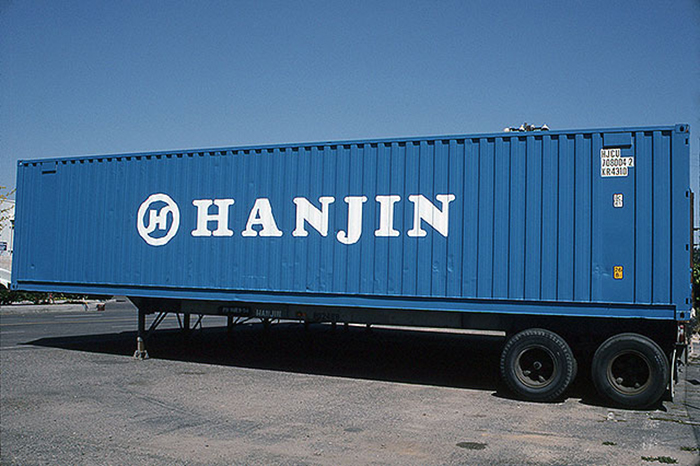 The backlog of Hanjin Shipping cargo could be moving the needle on spot intermodal and truck pricing.

The Hanjin Shipping bankruptcy may be behind a recent surge in freight moving inland from West Coast ports, as shippers look to expedite goods delayed on Hanjin vessels and in Hanjin containers to inland distribution points as the fourth quarter and holiday season loom.

There are signs in some rate and shipping data, in addition to anecdotal evidence, that the backlog of freight caused by the bankruptcy is breaking up and trucks and intermodal trains are moving those goods inland. What’s not clear is how long that shipping surge might last.

Los Angeles was the No. 2 market for available outbound loads in the week that ended Sept. 24, after Chicago, DAT said. Load posts in the LA market increased to more than 4,000 loads per day, about twice as many as the more typical 2,000 loads per day.

“Those are much higher than normal levels,” a DAT spokesperson said. The average LA outbound spot rate was up 2 cents to $2.01 per mile during the week ending Sept. 24. Long-haul eastbound rates rose highest on average, the load board operator said.

That could point to importers rushing to get freight delayed by the Hanjin collapse to distribution centers and stores in the Midwest, East, and Southeast where everything from Halloween masks to Thanksgiving decorations and Christmas lights is already on sale.

“Retailers are already beginning to shift their inventories around, mostly eastward, to prevent stock-outs while they wait for inventory replenishment to arrive, belatedly, at the West Coast ports,” DAT said. “Meanwhile, some are scrambling to make new arrangements for the goods that are stuck on Hanjin container ships that are now returning to Asia.”

Truck freight volumes and rates off the West Coast typically increase in September, which is traditionally the beginning of the peak truck-shipping season as Asian imports arrive and must be moved to retail distribution centers before Black Friday in November.

However, recent years have seen much more moderate fall “peaks” for truck freight as shipping and consumption patterns change, with more Asian cargo shipped earlier in the year and more purchases made online and closer to the holidays in December.

That makes it possible, if not proven, that the September surge is more closely related to the Hanjin crisis than just to the peak shipping season.

Intermodal spot rates from the West Coast to Chicago and Dallas have each spiked twice in September as shippers reacted to Hanjin's failure. The rate to Chicago from Los Angeles rose more than 50 percent in month since Hanjin failed and the rate to Dallas is up nearly 40 percent in the same time frame, according to the IDS spot rates as displated on JOC.com's Market Data Hub. The rates to Chicago and Dallas have held steady at $2,835 and $2,860, respectively, for the last two weeks. Future increases are uncertain given the weak demand and excess capacity in the market, but the rates could rise further as they also held steady for two weeks in the middle of September before jumping again September 19.