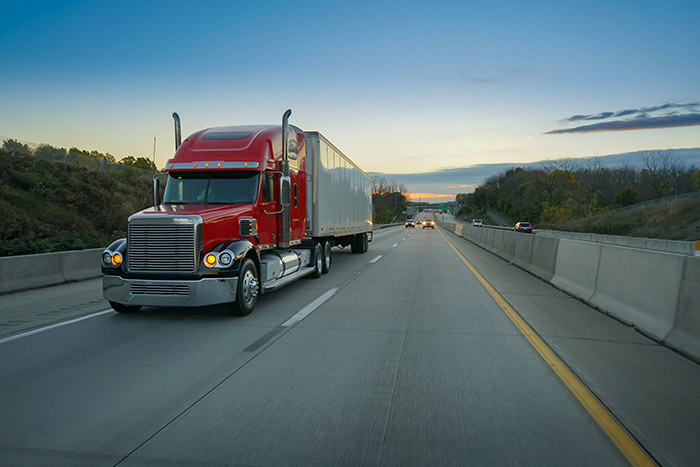 The electronic logging device (ELD) mandate is barreling toward the trucking industry, and unless shippers prepare for it, they are likely to feel as much pain as their trucking partners, speakers warned executives at the JOC Inland Distribution Conference in Atlanta last week.

“I think false logs have been an epidemic, from the 1930s until right now, and they’re going to go away,” said John Seidl, a transportation consultant with Integrated Risk Solutions and former Federal Motor Carrier Safety Administration (FMCSA) trucking investigator and Wisconsin state trooper.

As the initial deadline for electronic logging, Dec. 18, draws near, evidence shows Seidl’s “epidemic” is spreading. The number of false log violations reported by the FMCSA rose 11.5 percent in fiscal year 2017, which ended Sept. 30.

That compares with a 9.6 percent increase in fiscal 2016. The number drivers placed out of service by state law enforcement officers in fiscal 2017 for falsifying their logs jumped 14.8 percent, or by about 3,900, to 30,274, the FMCSA roadside inspection data show.

The result of the ELD mandate will be a reduction in daily driving time for those drivers that habitually stretch their hours by falsifying logs, he said. Carriers and truck drivers that have not installed ELDs yet, he said, “are most likely the biggest offenders in terms of false logs.”

“Why is this law in place? Because people die when some truck drivers work too hard,” Seidl said. “They work too hard because they don’t make a lot of money and shippers hold them up and they have to make up for lost time. In my view, the ELD is a godsend for the drivers.”

The responsibility of shippers and receivers that “hold up” drivers at docks was highlighted by two industry leaders on opposite sides of the ELD debate in video messages presented by moderator Mark Willis, host of Sirius XM Radio program "Road Dog Trucking."

“Shippers will need to be more cognizant of their drivers’ time,” Chris Spear, president and CEO of the American Trucking Associations, said in a videotaped message. “Keeping [drivers] moving will be more important than ever to comply with the hours of service rules.”

“The collaboration required across shipper and broker, carrier, and receiver is going to have to be taken to a level we haven’t had before,” Eric Lien, senior vice president of corporate development at Arrive Logistics, said during a panel on the upcoming ELD mandate.

“Clearly this regulation is going to increase your costs,” Todd Spencer, executive vice president of the Owner-Operator Independent Drivers Association, said in a videotaped message. “Transportation costs will have to reflect the regulations and other things transportation providers eat and absorb.”

Yet a sizeable number of shippers, 20 percent according to a joint survey of shippers and logistics providers by JOC.com and several partners, have done nothing to prepare for the mandate, which takes effect Dec. 18. Those shippers could see sizeable rate hikes.

“In terms of rates, we’re seeing a 6 to 10 percent increase,” said Thayne Boren, general manager at Truckstop.com, referring to contract rates. “As we head into next year, our economists are predicting rates could soar as much as 20 percent in the next peak season.”

“In March 2014 there was a year-over-year change of 25 percent in spot rates and that didn’t even have the ELD thrown in,” said Lien. “If the ELD transition doesn’t normalize quickly, we could have a strong first half of the year and 2018,” he said, referring to motor carrier pricing.

None of the panelists can predict the future, however, and there is little clarity at this point about exactly how many drivers will exit the trucking industry when the mandate takes effect and they are required to use electronic logs, and how much capacity and productivity will be lost.

“Our research shows somewhere in the range of 2 to 4 percent,” Boren said. “There are some doomsday folks that say 20 percent [of capacity] will exit the market. I would never even come close to that number. But there’s a lot of confusion out there about the mandate in general.”

The biggest loss of capacity may come not from drivers exiting the business but from the loss of what one logistics operator called “wiggle room” when it comes to recording hours of service — in other words, falsifying logs. Seidl said the practice is more widespread than many might think.

“Would you stay at a truck stop for 10 hours if the only difference was a piece of paper and a pencil?” he asked. “Let’s say no. I’m going to stay there 8 hours. That gives me two additional hours of driving. Two hours a day, five days a week, that’s 10 hours a week.”

Multiply that by 10 drivers, and that company is picking up an additional 100 hours a week. “Last time I checked, that’s [the equivalent of] a driver and a half,” Seidl said. That 100 hours is also the equivalent of a 14 percent productivity boost that 10-truck carrier will lose with ELDs.

Shippers need to examine the lengths of their routes and their delivery promises to make sure there is no disruption to their supply chains during the transition to ELDs, speakers said, but that is just the start. They’ll also need to adopt more “best practices,” Lien said.

Electronic logging is meant to make enforcement of hours of service rules easier, and to minimize falsification of log records. However, cheating will still be possible with ELDs, several panelists said. It will just be harder, said Norm Ellis, president of ELD vendor EROAD.

The ELD rule “is a challenge that will be tested.” he said. “If someone wants to try to find a way around [the ELD rule], they will likely find a way around it. It won’t be as easy as it is on paper. It’s our job [as vendors] to be proactive and try to make sure our logs can’t be duplicated.”

Watch three videos excerpts from the ELD panel on the JOC.com Facebook page: