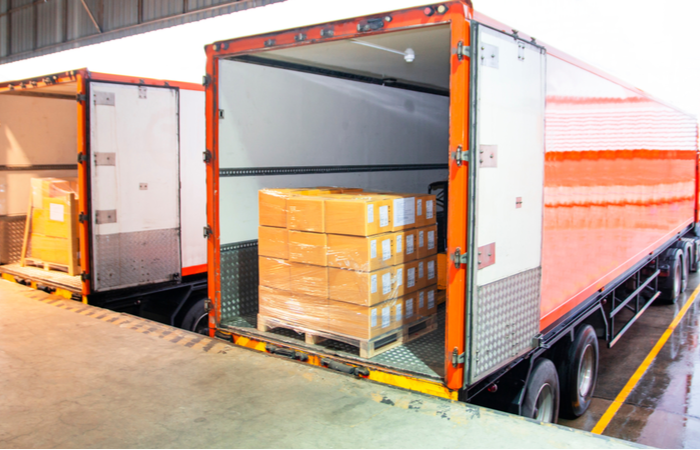 STUART, Florida — Truck drivers are being detained longer during pickups and deliveries, cutting into their driving time and adding to shipping costs, despite efforts by “shippers of choice” to speed those drivers through their gates, a study by the American Transportation Research Institute (ATRI) finds.

“Shippers and receivers do not seem to be fully aware of, or overly concerned by, the costs incurred by carriers and drivers while waiting,” ATRI said in its study, released Wednesday. “It appears that many shippers are unaware of the frequency and duration of driver detention.”

Shippers were keenly aware of the pain caused by driver detention last year, when the practice cut into capacity and helped push up truckload rates. But some shippers may have become numb to detention costs in the comparatively slack, lower-priced market of 2019.

The electronic logging device (ELD) mandate that took effect in 2017 was expected to help reduce unnecessary detention by helping drivers and carriers more accurately track and digitally document their work hours, but only 17 percent of drivers shared ELD data with customers.

ATRI suggests some shippers purposely detain drivers for hours to ensure trucks are at hand when they need them, maximizing their own efficiency at the expense of the truck driver, the motor carrier, and other shippers who could use that truck capacity they’re keeping idle.

“It has also been reported that some shippers and receivers may purposefully create truck queues at their facilities to ensure that truck capacity is readily available,” ATRI said.

The number of truck drivers who reported the majority of their pick-ups and deliveries were delayed due to customer actions increased nearly 40 percent between 2014 and 2018. The analysis was based on surveys of more than 1,900 truck drivers and motor carriers, ATRI said.

Nearly 26 percent of drivers said they had been detained two to four hours within the last 12 months, compared with 24.1 percent in 2014. Detention times less than two hours, while still costly to truckers, are considered normal, or at least acceptable by many carriers.

The study indicates many shippers either didn’t get the message that detention should be eliminated to reduce costs in 2018 or simply ignored it, perhaps because they weren’t paying a penalty. About 20 percent of smaller fleets said they do not charge for detention time.

The average excessive detention fee charged by fleets — usually imposed after a two-hour window — was $63.71 per hour, according to the research institute, slightly less than the average per hour trucking operating cost of $66.65 in ATRI’s annual operational costs study.

Trucking companies have urged shippers to reduce detention of their drivers for years. In periods of slower economic growth and fiercer competition for freight, however, motor carriers lack leverage, with some letting detention fees slide to keep a customer’s business.

In recent years, US regulators have recast detention as a safety issue, noting that long hours at customer docks mean fewer hours on the road, and more rushing to get to a parking spot or the next customer appointment. That means more speeding and more tired truckers.

Nearly 67 percent of the drivers surveyed last year said detention affected their ability to comply with United States hours-of-service rules. “It was expressed often by drivers that the detention compensation was not adequate for covering fuel expenses, or lost wages,” ATRI said.

Although some shippers or consignees may purposely detain truck drivers to maximize their own efficiency, many simply have not eliminated inefficiencies, ATRI found.

Many shippers “have not made real improvements to their staffing, processes, accuracy, or efficiency across the four-year time period,” the institute, an affiliate of the American Trucking Associations, said. One in five drivers said preloaded trucks weren’t ready at appointment times.

Other common driver complaints: Products weren’t ready when trucks arrived, shipping and receiving docks were understaffed, and shippers and receivers overbooked trucks at appointment times, leaving little or no dock space for them and causing long lines and delays.

Dock employee-related delays ranked highest, with 31 percent of drivers naming them the leading cause of detention, while 23 percent named product issues/readiness and 12 percent blamed lack of dock space and overbooking for excessive detention.

Delays, intentional or unintentional, add time to shipping processes and reduce available physical capacity. Many inefficiencies are the result of bad habits that have been baked into business processes over decades. “Shipper of choice” programs are designed to eliminate them.

Continued increase in detention times will fuel price increases and penalties for shippers when sluggish freight demand picks up. The ATRI survey results suggest some businesses won’t act to reduce detention unless they face a direct financial penalty charged by carriers.

ATRI’s findings could also renew calls for some action against detention by regulators. During the Obama administration, the Federal Motor Carrier Safety Administration spent years laying the groundwork for a rulemaking under the premise the practice affected safety.

The idea was quashed when the Trump administration took over in 2017, but inaction by shippers could lead to its revival — if not now, at some point in the future.

For me detention time is as

Permalink Submitted by crobert@robert.ca on Oct 7, 2019 7:02AM EDT
For me detention time is as bad as before ELD introduction. The only difference is that before the time were not recorded. All loading and unloading time should be asses a flat rate of 75$ per hour, for hours at the dock, data will change rapidly. Claude
Trucking Logistics
Trucking Logistics›Truckload Freight
North America›United States