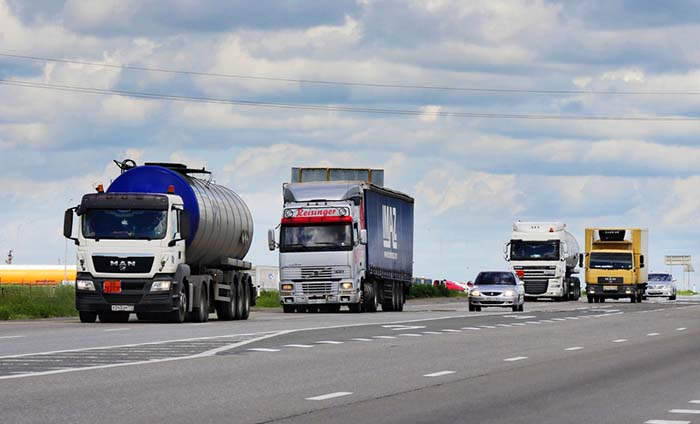 Russian trucks on the M4 federal highway, which will soon become more expensive to travel.

Russian shippers and transportation companies say they will have to increase their rates by 10 percent to 15 percent to keep up with the cost increases created by Russia’s “Platon” truck toll.

The increase, which is set to take effect at the end of the year after the government postponed the original implementation following enormous trucker protests, will double the cost of Russian truck tolls to 3.73 roubles ($0.05) per kilometer (0.62 miles) for trucks hauling more than 12 tonnes (13.2 tons).

Transporters will have no choice but to raise rates for the majority of cargo, according to Vladislav Danilov, head of Transportnik, one of Russia’s largest trucking companies.

The increases will be felt most on federal highways such as the M4, which have become much more expensive in recent years, Danilov said.

Platon had been in a pilot phase for the last several months, and so the burden of the new toll has so far not been too heavy because there was insufficient infrastructure to adequately track trucks and collect all the tolls, but that is set to change, Danilov said.

The rate increases means shippers will also have to increase what they charge for their products to the final consumer, said Sergey Serikov, deputy director of Kovrovy dvor, a Russian producer and importer of clothing and carpets.

The Russian government has denied that the toll will result in higher shipping rates or final prices for consumers.

Ire at the rate increases resulted in proceedings before the Russian Constitutional Court that somewhat ironically were led by members of the Communist Party, which said the toll was not approved by the national parliament as called for in Russian law.

Truckers that joined the legal challenge said the toll was excessive taxation because they already have to pay vehicle and fuel taxes.

The constitutional court rejected these claims, however, and there are no plans to further delay the Platon toll.