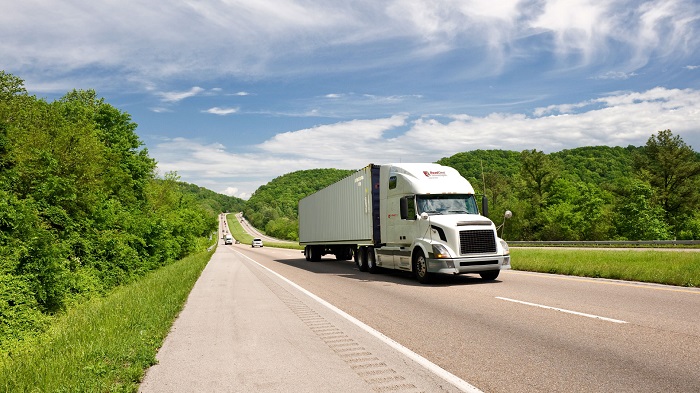 RoadOne acquires a North Carolina trucking company in its drive to expand through acquisition and organic growth. Photo: RoadOne.

RoadOne IntermodaLogistics, a nationwide drayage company, has added the third company in 18 months to its growing network, merging with Robin Hood Container Express to obtain a greater grip on the fast-growing US Southeast port region.

The linkup that the companies call a merger but is really an acquisition, is the latest move in Randolph, Massachusetts-based RoadOne’s ongoing effort to increase its geographical density and ensure it can operate efficiently under the hours-of-service rules through a combination of acquisitions and organic growth. The linkup gives RoadOne ties to a second-generation intermodal trucking company with operations throughout the Southeast, including in Savannah, Charleston, and Wilmington, North Carolina.

RoadOne CEO Ken Kellaway said he is negotiating two other acquisitions, which could be completed within 90 days, and has others in his sights. He hopes to expand the company’s driver fleet from just more than 1,100 drivers after the recent action to 1,500 by the end of the year.

RoadOne in August acquired Global Logistics or UGL, an Itasca, Illinois-based carrier that strengthened the company’s network throughout the Midwest. RoadOne earlier increased the density of its network in the Northeast and around the Port of New York and New Jersey with the September 2016 acquisition of Milford, Connecticut-based C&V Trucking, a container drayage company.

“We are rolling their operations, their people, their drivers into RoadOne,” said Kellaway, of the Robin Hood linkup. “We call it a merger. But clearly Road One is the dominant corporation here.”

While RoadOne had slightly more than 1,000 drivers in 40 locations across the country before the linkup, Robin Hood had 70 drivers in its three locations.

Although RoadOne has substantial business in the Southeast, the acquisition will boost its presence there in an era in which organic growth across the country is hindered by the national shortage of truck drivers, Kellaway said.

“That’s one of the areas we are aggressively looking to expand, because that is the fastest growing market in the country right now,” Kellaway said. “The ships are getting bigger, the terminals are getting bigger. But the market isn’t necessarily adding more drivers.”

Savannah’s 0.49 percent increase over the first three quarters of 2017 in its share of the East Coast market, to 19.4 percent, was the largest hike on the coast. Charleston grew by 0.2 percent to 10.7 percent.

Cargo volumes through Wilmington, North Carolina, fell by 28.4 percent in the first three quarters ot 2017 compared with the 2016 period, in large part due to the collapse of Hanjin Shipping, a key port customer, in 2016. The helped the port’s share of the East Coast market fall by 0.5 percentage points to 1 percent.

RoadOne’s 2016 acquisition of C&V Trucking, aside from giving the Massachusetts carrier greater presence in southern New England also helped RoadOne to prepare for the enactment of the electronic logging mandate, which took effect in December. The additional New England locations enabled drivers coming out of the Port of New York and New Jersey who were close to reaching the end of their driving hours to hand cargo off at depots to other drivers.