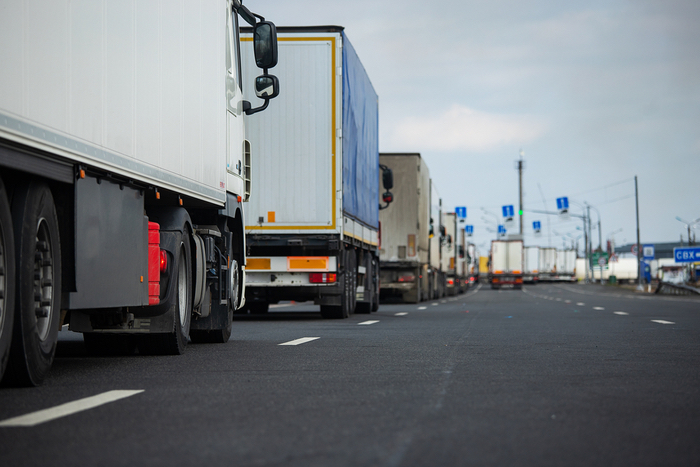 The short-term outlook for Mexican economic and freight growth is dim, but a revamped North American trade deal and expectations for an accelerated shift of factory production from Asia to Mexico provide plenty of opportunity — if the government can help the private sector seize it.

Despite denials from President Andrés Manuel López Obrador, Mexico’s economy is in a recession, Rafael Amiel, director, Latin America and Caribbean economics, IHS Markit, said during a JOC webcast on May 28. Amiel said the outlook for Mexico’s gross domestic product (GDP) is for it to fall more than 10 percent this year, compared with a 7 percent global drop in GDP.

The length and depth of that downturn remain unclear as the COVID-19 pandemic remains unchecked in the world’s 15th largest economy and its largest trading partner, the United States, is also in recession. The country’s “contraction is way below what it was in 2008 and 2009,” Amiel said. “The recession is going to be very deep.”

Mexico’s problems predate the pandemic, however. “Even though the Mexican government does not want to admit that we were in a recession prior to coronavirus disease 2019 [COVID-19], we were and COVID-19 simply accelerated that,” said Erik Markeset, CEO of Mexico City-based supply chain consultancy Tsol.

Mexico’s national trucking association CANACAR said the country’s trucking companies saw a 46 percent drop in sales as “cross-border [truck] traffic is way down.” The total value of US-Mexico cross-border truck freight dropped 4.7 percent year over year in March, before widespread US business shutdowns, according to the latest data from the US Bureau of Transportation Statistics (BTS).

While “legitimate transactions continue to flow, trade has been clearly impacted,” said Ashley Craig, partner and co-chair of the International Trade Group at legal firm Venable. He cited data from US Customs showing a drop in transactions and user fees for border crossings.

One problem, Craig said, is that the US and Mexico “are not fully synced on the definition of critical infrastructure, and Mexico has been slower to reopen its factories.”

For example, General Motors scaled back the restart of US production, citing difficulties in sourcing parts from Mexico.

As with the US, there are disconnects on the federal and state level about how ready Mexico’s businesses are to reopen, said Tsol’s Markeset. The governor of the state of Puebla refused to allow a Volkswagen plant there to resume production, despite pleas from local trade groups.

“The president said we have tamed the pandemic, but the data and experts have something different to say,” Markeset said. “Getting the auto supply chain going again is difficult. It has to be well coordinated.”

This should be a time for cross-border automotive trade to flourish thanks to the upcoming start of the US-Mexico-Canada Agreement (USMCA), the reworked version of the 1992 North American Free Trade Agreement.

But Craig said some in the auto sector, as well as political leaders, have called for a delayed start of the USMCA, citing COVID-19 uncertainty. Nevertheless, the US Trade Representative, Customs and Border Protection, and the Department of Commerce are expected to issue new rules and tariff schedules to implement the USMCA by July 1.

“USMCA holds potential as a catalyst to spur trade,” Craig said. But “the trade community should continue to focus on its implementation.”

Further down the road, Mexico is in good shape to manufacture other goods such as personal protective gear due to problems the US encountered in sourcing those from China, the panelists said. The ongoing tension between the world’s two largest economies will only add to that rush.

But the López Obrador government will have to become more business friendly to allow that to happen, argues Markeset.

“Canadian and Chinese capital are looking to build plants in Mexico,” Markeset said. “But is Mexico ready to take advantage of that? Mexico has a great opportunity to increase exports to the US, but we have a business unfriendly government.”