Lenders ease pressure on YRC, as investor challenges board

Lenders ease pressure on YRC, as investor challenges board 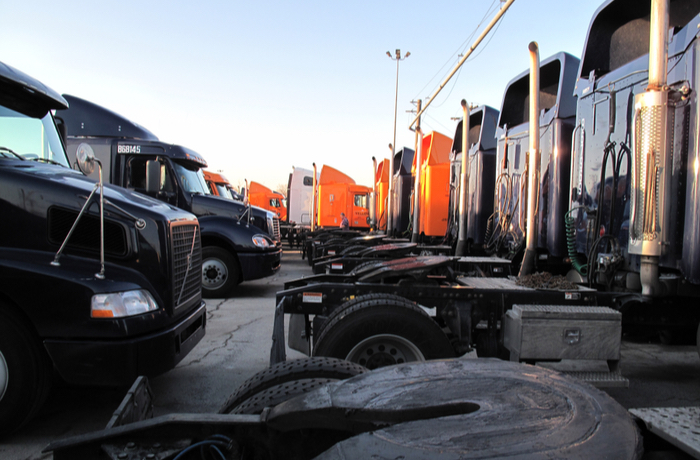 YRC Worldwide can breathe easier as its creditors waive restrictions on EBITDA and cash payments. An activist investor, however, wants to force change at the company. Photo credit: Shutterstock.com.

YRC Worldwide’s creditors are giving the less-than-truckload (LTL) operator more financial flexibility as the coronavirus disease 2019 (COVID-19) pummels the trucking sector. At the same time, an activist investor is pushing for change on the company’s board of directors.

With its amended agreement, YRC Worldwide becomes the latest trucking company to seek financial aid as COVID-19 shutters a large swathe of the US economy and shipment volumes and revenue tumble downhill.

For 2020, the company’s lenders are waiving a requirement that YRC maintains $200 million in consolidated earnings before interest, taxation, depreciation and amortization (EBITDA), according to an April 7 US Securities and Exchange Commission (SEC) filing.

The lenders will also allow interest payable under the agreement to be paid in-kind at 13 percent, and in cash at 1 percent. Payments-in-kind (PIK) are a form of bartering that allows payment with services or goods instead of cash, helping companies conserve cash. The new agreement covers YRC Worldwide's interest payments due March 31 and June 30.

More trucking companies are likely to seek some level of financial backing or protection as the COVID-19 pandemic plunges the US economy into recession. YRC’s LTL competitor ArcBest last week borrowed $225 million under its credit agreement, and also announced a 15 percent non-union pay cut.

In terms of revenue, YRC Worldwide is the third-largest LTL operator after XPO Logistics and FedEx Freight.

However, YRC Worldwide’s lenders are not giving away the bank. The amended agreement imposes unspecified limitations on YRC Worldwide’s ability to sell assets in the PIK period. They also added “anti-cash hoarding” covenants that would trigger repayment of term loans.

The lenders will also require YRC Worldwide to maintain $55 million in liquidity once trailing 12-month EBITDA is greater than $200 million. As of Dec. 31, the company had $109.2 million in cash and cash equivalents on hand, compared with $227.6 million the previous year.

As YRC Worldwide, still reorganizing its four LTL subsidiaries, deals with the freight and financial implications of the COVID-19 pandemic, Barna Capital Group wants to replace three members of its board of directors that it claims are not doing enough for the company.

Barna Capital, based in Cyprus, owns 5.4 percent of YRC Worldwide’s common stock, according to an April 8 filing with the SEC. In that filing, Barna Capital accused three unnamed directors of not providing “needed guidance” for YRC to achieve “decent operating results.”

“During their time on the board, shares of the company lost over 90 percent of their value,” Barna Capital said in its April 8 filing. “At the same time the board is asking to change their compensation to mostly cash,” rather than stock, a step Barna Capital opposes.

“We are looking to replace [the board] members with individuals who possess extensive experience in running a successful transportation company,” the investment firm said. YRC Worldwide will hold its 2020 shareholder meeting — virtually — on May 19.

Last year, YRC Worldwide reported a $104 million net loss on $4.87 million in revenue, its largest net loss since running $136.5 million in the red in 2012. Revenue slipped 4.3 percent for the year, while tonnage per day dropped 5.8 percent compared with 2018 at both national LTL carrier YRC Freight and YRC’s three regional carriers, Holland, Reddaway, and New Penn.

Barna Capital’s chairman Egor Romanyuk has targeted the board on Twitter, mentioning YRC Worldwide chairman of the board Matthew A. Doheny, president of North Country Capital, by name. “These directors have zero experience in running a trucking company,” he said.

That March filing had some harsh words for management, but Wednesday’s filing, which reported Barna Capital had increased its stake in the company by 250,000 shares to 2 million, focused on the board of directors and was more supportive of the executive team.

In the filing, Barna Capital expressed “complete trust in the executive management team” run by CEO Darren Hawkins. We “believe that they are on the right track to turn the company towards a brighter future,” the investor said.

Barna Capital said it also would like to see “some changes in middle and lower management.”