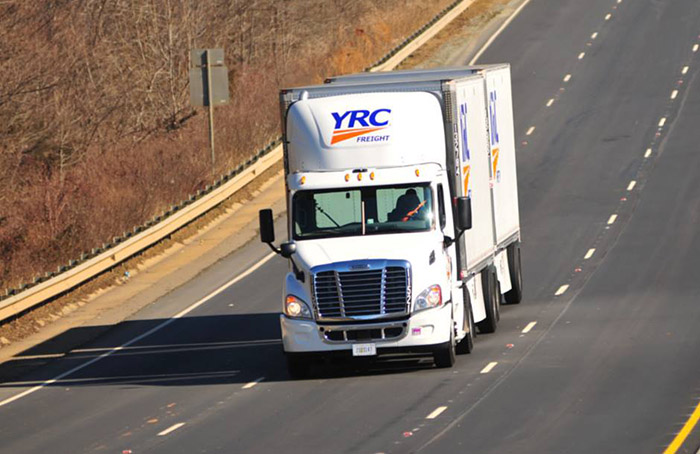 The announcement on Tuesday that about 80 administrative jobs at the Lebanon, Pennsylvania headquarters of Northeast regional carrier New Penn would be eliminated and the work shifted to the YRC Worldwide Field Resource Center in Overland Park, Kansas is simply the latest step in a multi-step strategy, CEO Darren Hawkins told JOC.com Thursday.

YRC Worldwide, with $5.1 billion in revenue last year, is moving into a new phase in its long recovery from a brush with bankruptcy that followed an acquisition spree in the 1990s that led to years of losses. From 2011 through 2018, former CEO James Welch implemented a strategy that returned YRC Worldwide to profitability, albeit with single-digit operating margins.

Hawkins, his successor, is building on that foundation, reshaping how the company’s carriers — YRC Freight, Holland, New Penn, and Reddaway — and its new non-asset arm, HNRY Logistics, operate as brands and networks, with the goal of improving customer service in an LTL industry increasingly aligned with e-commerce as much as industrial business.

The strategy also aims to reconfigure operating networks to build density across LTL lanes, and to improve yields and shipment revenue and get profitability to a more remunerative level — a goal that’s been difficult to achieve, in part due to high interest payments on the company’s debt, but also high costs and a long-term effort to eliminate less-profitable freight from the company’s freight mix.

YRC Worldwide — the largest US LTL operator after FedEx Freight — will continue to refine its networks, eliminating duplicate terminals in markets where it has multiple facilities across its brands. Hawkins, in an interview, called the process “cohabitating.”

“We’ve already identified 15 to 20 service centers that can be cohabitated, where two operating companies would be capable of operating out of the same building,” he said.

No shutdown, no merger

“In a family of companies, it always makes sense to have operational and customer coordination across those companies,” Hawkins said Thursday. “We have to pursue any and all opportunities to be more efficient with our equipment, facilities, and resources across all our brands, and deliver a balance of regional and national services. That’s what customers require now.”

The office consolidation, announced earlier this week, launched a flurry of rumors and fears of closures or mergers, but does not affect any New Penn LTL services or field operations, Hawkins said.

“City drivers are making pickups, dock workers are preparing loads, and linehaul drivers will make trips tonight,” he said. “New Penn’s next-day service is one of the strongest value propositions in the Northeast. We’re going to protect that.”

The headquarters building in Lebanon, where New Penn was founded in 1931, will close in September. YRC Worldwide will likely sell the facility, Hawkins said. Howard Moshier remains president of the subsidiary. T.J. O’Connor, as chief operating officer of YRC Worldwide, has oversight of all regional operations, as well as national carrier YRC Freight, Hawkins said. Operational officers will work from service centers.

The headquarters closure is not a step toward a merging of brands, Hawkins said. “Make no mistake, we believe there’s incredible power in having four independently operated asset brands in the marketplace,” he said. “At this point in time, there’s nothing we’re announcing involving our other operating companies, but we’re always evaluating opportunities.”

The CEO noted that YRC Worldwide has consolidated back-office operations in the past, notably revenue management and marketing. The company this week completed a consolidation and reorganization of its sales force announced last year, giving customers a single point of contact for the three regional carriers, nationwide carrier YRC Freight, and HNRY Logistics, he said.

“We think there’s an incredible amount of value there,” Hawkins said. He believes the enterprise approach to sales will bring in new business and drive shareholder return, as well as revenue. “We have many customers that only use one of our operating companies. Now they will have many more options,” including brokered services and capacity from HNRY Logistics.

“HNRY is a complement to our core competency, the asset-based companies,” he said. HNRY is also a sign that YRC Worldwide is looking beyond the transactional task of moving LTL freight — which Welch refocused the company on when he became CEO in 2011 — and thinking about how to help its shipper customers better manage their North American supply chains.

Part of that process is better aligning its internal networks with shipper distribution networks. Last fall, YRC Worldwide appointed Scott Ware, president of regional carrier Holland, to the new post of chief network officer. “Scott is building the blueprint for all these operations,” Hawkins said. “He has all our linehaul and property teams working on what customers want.”

“In the near term, demand for LTL is muted, we haven’t seen the spring lift,” Hawkins said. “But if you look at the long term, and you see where e-commerce is driving supply chains, I believe there’s an incredible opportunity for LTL, in the first, middle, and final mile.”