US LTL truckers battle for profits, not pallets

US LTL truckers battle for profits, not pallets 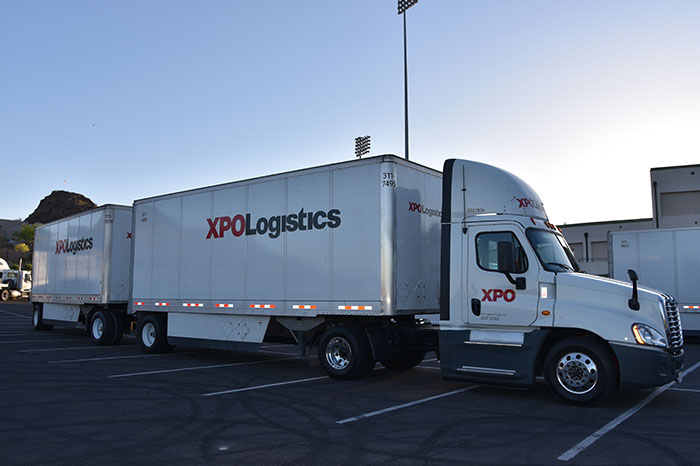 XPO Logistics, ODFL and other LTL carriers made substantial gains in profitability in the second quarter, despite declining freight shipments. Photo credit: Shutterstock.com.

A battle is raging among less-than-truckload (LTL) carriers alongside US industrial docks. But it’s not a battle that shipper customers are accustomed to, especially those with long memories of past LTL rate wars.

Ten years ago, LTL carriers fought to see which one of them could win business with the biggest pricing discount. In 2019, they’re punching for profits.

The two motor carriers leading this battle, in the public sector, are the second- and third-largest LTL trucking companies: Old Dominion Freight Line and XPO Logistics. Both carriers improved their operating ratios — a measure of profitability — in the second quarter, boosting their operating profits, and in ODFL’s case, net profits in a weak freight market.

“We’re implementing innovations in North American LTL to drive the next leg of profit improvement,” said Bradley S. Jacobs, chairman and CEO of XPO Logistics. The former Con-way Freight is testing workplace productivity tools that XPO will roll out to all 290 LTL terminals this year, he said. The Ann Arbor, Michigan-based carrier is also developing a dynamic pricing system.

“While we have seen general softness with demand and the economy continues to give us mixed signals, we believe we are continuing to win market share and are maintaining our price discipline while doing so,” ODFL President Greg C. Gantt said during a July 25 earnings call with Wall Street analysts, transcribed by Seeking Alpha.

Multiregional LTL carrier Saia also brought its ratio down below 90 in the last quarter, dropping it 130 basis points to 89 percent. ArcBest subsidiary ABF Freight pulled its OR down from 99.4 a year ago, the brink of an operating loss, to 93.5 percent, a 590-basis-point gain. The carrier attributed that gain partly to a “space-based pricing initiative” launched in 2017.

Space-based means pricing according to dimension and weight. “We handle many shipments where proper loadability is essential and careful cargo care is very important,” ArcBest CEO Judy McReynolds said in a July 30 earnings call. “As a result of space-based pricing, we are more appropriately compensated for those services.”

FedEx Freight, the largest United States LTL carrier, increased operating profit 15.5 percent to $194 million in its quarter that ended May 31. Its OR dropped about 90 basis points to 90.1 percent. “We remain focused on improving revenue quality, while implementing technology solutions that will drive efficiency,” Alan Graf, FedEx CFO, said during a June 25 earnings call.

Pricing discipline and the use of dimensioners — machines that measure a shipment’s size, height, width, and weight — are reshaping the LTL sector, and have been since the end of the recession and the LTL rate war of 2008-09. At that time, many LTL carriers offered discounts off contract rates as high as 90 percent just to fill trailers and keep networks from stalling.

That rate war led to billions of dollars in losses at leading LTL carriers, and a widespread contraction and reconfiguration of terminal networks. The 10 largest LTL companies reduced their combined terminal count by 18.5 percent from 2007 through 2011, according to SJ Consulting Group research. Profitable ODFL was among the few that expanded its footprint.

Revenue at the top 25 LTL trucking companies shrank 25 percent in 2009 to $25.2 billion, according to SJ Consulting Group. The same group now has $42 billion in revenue. “You’ve got some smart management at these LTL carriers who have not forgotten what happened, and they don’t want to repeat it,” said Satish Jindel, president of the transportation research firm.

Those chastened LTL carriers have followed ODFL’s lead. The marketplace has also been shaped by the survival of YRC Worldwide, the target of many carriers in the rate war. Increasingly, technology is propelling the evolution of LTL carriers, helping them improve internal productivity, better measure costs, pricing, and profitability, and to offer new services.

These carriers have learned the Amazon era doesn’t allow for slack. They’re using technology to identify inefficiencies and eliminate them as customers of all types demand precise service. XPO’s workforce planning software, for example, is increasing motor moves per dock hour, driving productivity improvements that at some sites range as high as 25 percent, XPO said.

“In addition to workforce planning and pricing, we're leveraging the data that flows through our systems daily in areas like dynamic route optimization,” said Matt Fassler, the company’s chief strategy officer. “This is where we can improve the efficiency of pickup and delivery, which reduces cost, but just as importantly increases service levels. And we're optimizing our LTL linehaul routes.”

Thinking beyond the LTL pallet

Technology also is helping LTL carriers evolve into new roles as e-commerce offers new opportunities and challenges to what once was primarily an industrial business-to-business transportation sector handling palletized freight. “Retail once was a very low percentage of LTL freight, the least attractive,” said Jindel. “Now it’s the fastest-growing sector.”

“If you’re a broker and you want to find assets, we’ll onboard you through Estes and you have access to those private fleets,” said Dan Clark, president of the Maynard, Massachusetts-based technology company. “The brokers and shippers can get access to additional capacity at a good rate, and truck fleets can offset empty miles, so we create value for all stakeholders.”

Estes also is expanding flatbed and dedicated services, acquiring the assets of Eastern Freightways and Carrier Industries, two subsidiaries of defunct LTL operator New England Motor Freight. “LTL is the mothership, but there are other areas where we can closely leverage our buying power, our technology, and our expertise,” said CEO Rob Estes.

This year has seen the truckload and LTL sectors diverge, after both shared the fast lane in 2018’s economic expansion. The truckload sector has more excess capacity at this point than the LTL industry, which means LTL carriers have had an easier time pushing for contractual price increases in a weakening freight market. Pricing discipline appears to be holding.

“They are focused on profitability,” said Jindel. “Yeah, they’d like to see shipment volumes up, but they’re getting rate increases, and managing profitability.”

Those rate hikes aren’t as high as in 2018, “but they didn’t expect that,” he added. “You can’t expect the same increase every year.” An IHS Markit forecast shows LTL pricing rising through 2019, at a gradually slower rate.

The impact of dimensioning equipment cannot be underestimated, Jindel said. Carriers are using the technology to capture the full cost of freight and price accordingly, he said, often repricing freight after it’s scanned at LTL terminals. “Shippers need to embrace these machines next so they eliminate dimension charges by improving the cube of their shipments,” he said.