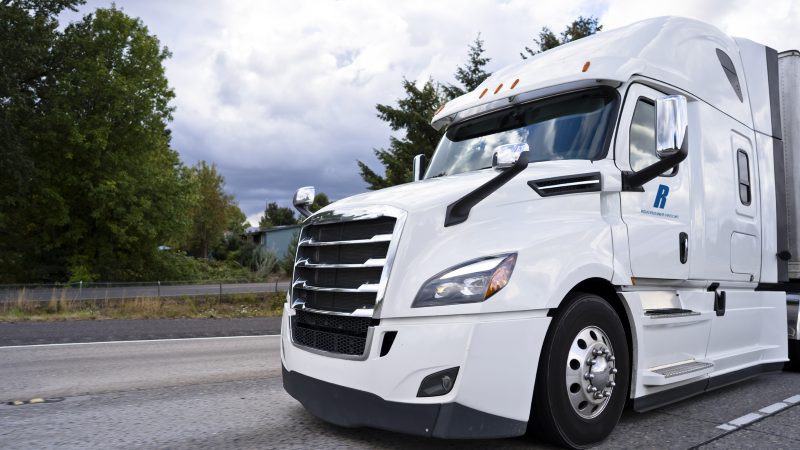 Roadrunner Transportation Systems’ plan to spin off Ascent Global Logistics, announced Monday, will fuel the company’s efforts to rebuild and expand its less-than-truckload (LTL) business. The spin-off of the logistics unit is the latest turn in Roadrunner’s long road toward recovery from near collapse in 2017 and its pivot to focus primarily on LTL trucking.

After the spin-off to shareholders, expected to be completed in August, Roadrunner Transportation Systems will do business as Roadrunner Freight, which will include both the LTL carrier and truckload subsidiaries, the Downers Grove, Illinois-based company said in a statement. Ascent Global Logistics would be a separate, privately owned company.

“A lot of the restructuring and turnaround within Roadrunner Freight is complete,” Hurst told JOC.com in an interview earlier in July, when the carrier announced a major LTL terminal expansion. “We’re experiencing some fantastic growth which is being driven by the service and quality initiatives we put in place late last fall,” said Hurst, who joined Roadrunner in 2017.

Roadrunner, Hurst admitted, “lost its way” in the years when it was for a time one of the fastest-growing US trucking companies, thanks to more than 20 acquisitions made from the time it went public in 2010 through 2015. The acquisitions shifted Roadrunner's focus from LTL to truckload freight, and shippers say the company’s service and reputation in the LTL market suffered.

Last year, Roadrunner Freight lost $36.5 million on what SJ Consulting Group estimated was about $433 in LTL revenue. Roadrunner Transportation overall lost $340.9 million on $1.85 billion in revenue, according to the company’s 2019 financial statement. Hurst told JOC.com the LTL operation is “back in the black” in mid-2020.

With fewer than 300 shareholders of record, Roadrunner withdrew from the New York Stock Exchange in April, and as such, will no longer be required to file reports with the US Securities and Exchange Commission. Its shares may still be traded on over-the-counter markets, and Roadrunner will continue to issue annual reports, but not SEC quarterly reports.

Roadrunner’s fast growth in the first half of the 2010s led to a financial implosion in early 2017, when the company revealed it had misstated earnings from 2011 through 2016 by $66.5 million. Former CFO Peter Armbruster, who was fired in 2017, was charged by US authorities in 2019, along with two controllers, in a $245 million securities and accounting fraud scheme.

A trial is pending in the US District Court for the Eastern District of Wisconsin. A class-action investor lawsuit against the company was settled last year for $20 million.

A management reorganization under CEO Curt Stoelting was followed by the consolidation and sale of many of the businesses Roadrunner acquired in the first half of the decade, most recently Stagecoach Cartage and Distribution in April and Prime Distribution in March. Roadrunner sold its flatbed and intermodal drayage businesses last year.

Since he arrived, Hurst has worked to repair Roadrunner Freight by improving on-time performance, reducing freight damage and claims, and earlier this year shortening transit times on more than 300 lanes. This month Roadrunner Freight opened new hubs in Chicago and Philadelphia and a third terminal in the Los Angeles area.

“Right now, we’re experiencing a 35 percent reduction in [damage] claims, our lowest claims ratio on record,” Hurst told JOC.com. “We have the best on-time service performance today since I joined the company. If we provide the right level of service, the financials will take care of themselves. Our performance of late has proven that to be true.”

The LTL carrier also is adding truck drivers, increasing its owner-operator fleet by 32 percent year to date, as e-commerce demand grows. “We don’t see the e-commerce business declining,” Hurst said. “We’re a small player in a huge market and we have a long runway to growth. We haven’t been able to say that over the past several years.”