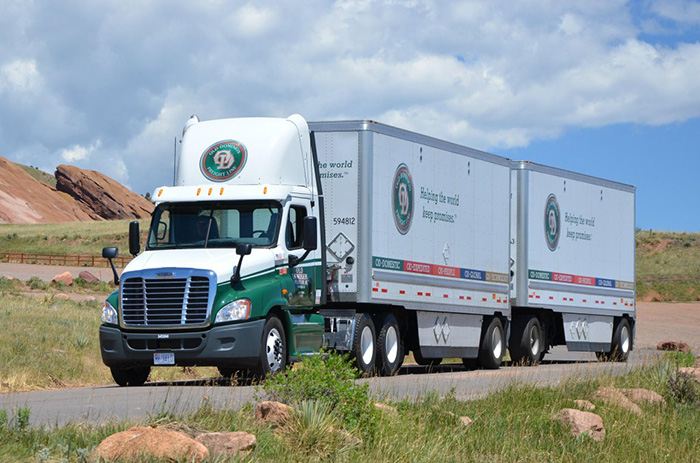 February was a cold month for US business activity, including less-than-truckload (LTL) shipping. Old Dominion Freight Line (ODFL), the second-largest US LTL carrier, reported a 5.2 percent year-over-year drop in tonnage on a 3.7 percent decline in LTL shipments, while revenue per day dropped 1 percent, the trucking company said Wednesday.

February typically is a slow month for trucking demand, but a shift in the US economy made it worse. US business activity contracted for the first time since 2009, according to IHS Markit, the parent company of JOC.com. IHS Markit’s Composite PMI Output Index, covering manufacturing and services, slumped to 49.6 in February, down from 53.3 in January.

“The deterioration was in part linked to the coronavirus outbreak, manifesting itself in weakened demand across sectors such as travel and tourism, as well as via falling exports and supply chain disruptions,” IHS Markit said in a statement. “Exports of goods and services both fell at increased rates in February,” after US business activity hit a 10-month high in January.

Still, ODFL is off “to a good start in 2020,” president and CEO Greg C. Gantt said in a statement Wednesday. “Our revenue trends for the first two months of the year are in alignment with our initial expectations,” he said. Despite the seasonally frigid market in January and February, Gantt sees the LTL demand warming up as the end of the first quarter approaches.

“Our revenue accelerated throughout the month, and we expect to see continued acceleration through the end of the quarter,” he said. In February, “our volume trends were consistent and yields also continued to improve.” Gantt didn’t mention the potential impact of the new coronavirus disease 2019 (COVID-19) but said ODFL is “mindful” of risks to the US economy.