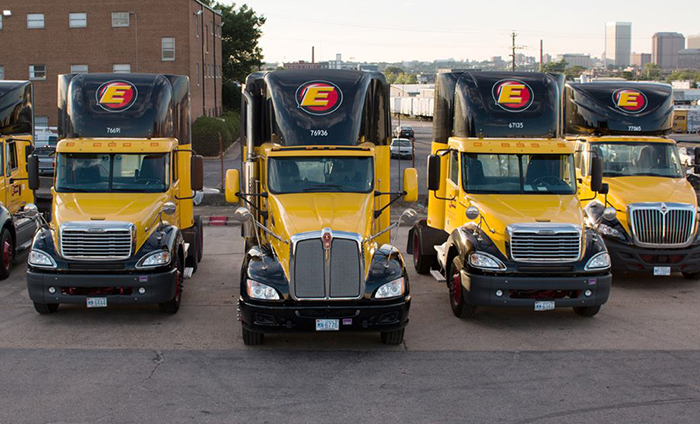 The Richmond, Virginia-based company has submitted a “stalking horse bid” — an initial bid on the assets of a bankrupt company — of $15 million for select assets of Eastern Freightways and Carrier Industries. Both businesses were owned by New England Motor Freight (NEMF), a regional LTL carrier that declared bankruptcy in February.

The FMCSA registration site shows Estes operates 6,442 tractors and has more than 27,000 trailers as well as about 400 straight trucks. The company moved up in the Top 25 LTL Trucking Company rankings after increasing revenue 13.4 percent in 2018 to $2.8 billion, according to data from SJ Consulting Group.

Through its bid, Estes seeks to build up the flatbed and dedicated truckload services offered by its Level2 Logistics division. Estes has been stretching its LTL boundaries for some time with offerings in freight forwarding, volume LTL and truckload, and time-critical and final-mile delivery.

Because the bidding process is ongoing, Estes executives were not able to comment, but company officials have discussed their diversification strategy in previous interviews.

“LTL is the mothership, but there are other areas where we can closely leverage our buying power, our technology, and our expertise,” Rob Estes, president and CEO, told JOC.com during an interview at the company’s headquarters in September 2016.

One of the areas he highlighted at that time was “LTL dedicated,” a more industrialized vision of dedicated trucking. Drivers might make deliveries, for example, to construction sites using flatbeds or box trucks, he said, and have a regular distribution route linking stores and sites.

“In a purely dedicated model, the shippers pay for 100 percent of the overhead and variable cost. We can come to the table with opportunities where we can leverage some of those fixed costs off the table by double-utilizing equipment,” Estes said.

Flatbed and dedicated are two of the strongest markets in the truckload sector. Flatbed operators have benefited from energy and construction demand, while dedicated operations that provide shippers with long-term capacity are among the fastest-growing truckload businesses.

“We’re seeking steady growth of our flatbed truckload capabilities,” said Bobby Speight, corporate vice president of Estes Level2 Logistics. “If our bid is successful, the transaction would support this vision.”