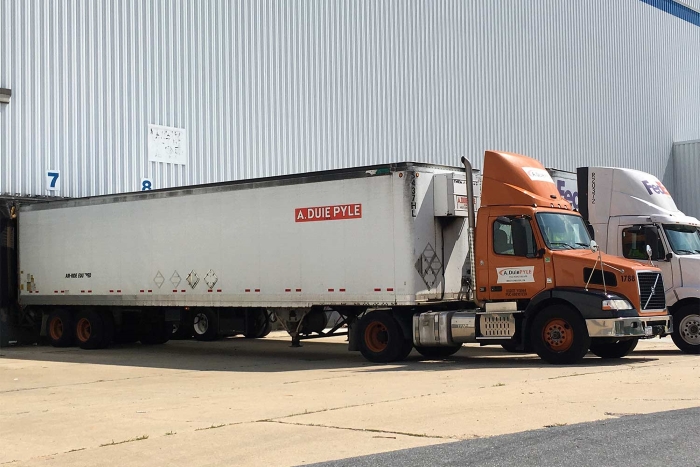 As the US Northeast takes initial steps toward economic recovery, A. Duie Pyle, similar to several other less-than-truckload (LTL) carriers, is returning to expansion. Just four months after temporarily furloughing employees and reducing wages, the northeastern regional LTL operator is expanding its integrated distribution center in Westfield, Massachusetts.

The company has brought all of its 410 furloughed employees back to work and is hiring more as business returns to “more normal levels,” John Luciani, COO of LTL Solutions at the West Chester, Pennsylvania-based carrier, said in an interview Tuesday. “On March 13, our bill count was up 8 percent year over year, and by the middle of April, it had contracted 36 or 37 percent.”

“That was the trough, and since then, business has come back,” said Luciani. “It’s still down 5 or 6 percent year over year, but it is coming back.” As freight does come back, shippers are looking for increased velocity and flexibility in pickup and delivery times, he said. The expansion at Pyle’s Westfield integrated distribution center is designed to provide that faster service.

The company added a 35,000-square-foot cross-dock terminal with 53 doors and a maintenance facility to its 67-acre Westfield campus, which already includes three warehouses. “We’ve got 820,000 square feet of warehousing space on that campus,” Luciani said. “The expansion will help support our LTL, warehousing, and dedicated operations in New England.”

Pyle’s expansion is not over. The company is building a third integrated distribution center in Greencastle, Pennsylvania, north of Hagerstown, Maryland, off Interstate 81, which Luciani said will be completed by September. Pyle, founded by Alexander Duie Pyle in 1924 to haul steel, opened its first integrated distribution center (IDC) in 2015 in Westampton, New Jersey.

Pyle is the 20th-largest US LTL carrier ranked by revenue, according to SJ Consulting Group, and the largest northeastern regional LTL operator. Prior to the pandemic, the company had been expanding in its core territory, building freight density with five new service centers in 2018 and 2019, including a Hunts Point terminal in Bronx, New York.

The IDC brings Pyle closer to northern New England shippers, Luciani said, allowing them to place orders later in the day for next-day delivery. “We’re closer to our customers so we can deliver earlier in the day,” he said. “And we can make local pickups between 7 and 8 p.m. and still make our linehaul because we’ve reduced the pickup-and-delivery miles back to the service center.”

The IDC concept also lets Pyle optimize the allocation and use of assets among its business lines, and use those different business lines to move deeper into customer supply chains.

The biggest beneficiaries are Pyle’s existing warehouse customers. “If you’re a customer with product in our warehouse, there are no pickup costs, and that’s a savings to us that we will share with the customer,” said Luciani. With shippers and receivers demanding tighter transit times, “our warehouse customers are ideally situated to leverage our LTL infrastructure.”

Shipper demand for faster velocity and improved on-time delivery performance is sweeping the LTL sector, affecting regional and national carriers alike. And the push for service improvements is speeding up as businesses emerge from the shutdowns and slowdowns of March and April. At that time, the Northeast was the epicenter of the COVID-19 pandemic in the US.

Northeastern businesses are slowly recovering, with the spread of the coronavirus disease 2019 (COVID-19) at low levels in the region. But business is far from normal, Luciani said. Restaurants have not been able to fully reopen in some areas, “and there’s a downstream effect on food services”, he said. “Our industrial business is better, but it’s been a slow climb back.”

Similar to most LTL carriers, Pyle’s business is heavily weighted toward industrial goods and manufacturing, with only about 15 percent of its freight being retail. “We don’t have a lot of e-commerce customers,” Luciani said, but that doesn’t mean Pyle hasn’t felt the Amazon effect. “People want goods delivered quicker and they want them when they want them.”

As the pandemic continues, customers are keeping a closer eye on service, he said, measuring “raw” service numbers as well as digging into exceptions such as missed deliveries. In a period of supply chain disruptions, “there is a focus on shipment velocity and getting goods to the end user,” Luciani said. That focus is not new, but it is much keener than it was a year ago.

Global Shipping Outlook: A Sneak Peek at 2021
Port Performance North America: Managing Cargo Flow During a Pandemic — and Beyond
END_OF_DOCUMENT_TOKEN_TO_BE_REPLACED