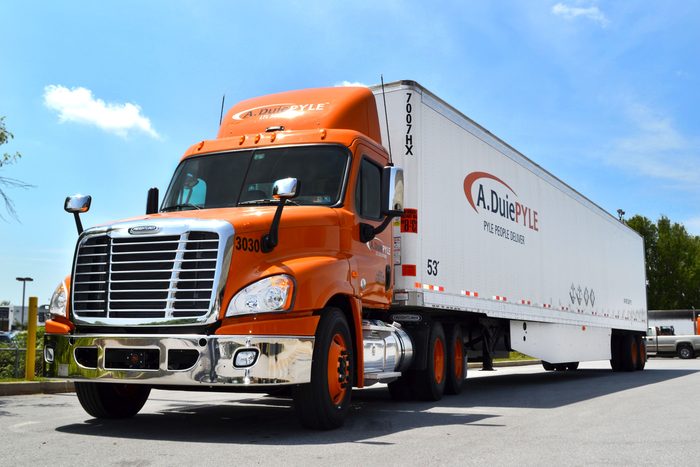 New terminals and a partnership add capacity A. Duie Pyle says it needs to meet freight demand in the US Northeast. Photo credit: A. Duie Pyle.

The differences between the truckload and less-than-truckload (LTL) sectors of the United States trucking industry rarely have been clearer than in 2019. While truckload carriers are trying to cut excess capacity, LTL operators are adding capacity in the form of new and expanded terminals, and many large publicly owned LTL carriers are growing profits in a soft freight market.

It’s a tale of two industrial transportation sectors with divergent business models. Despite reports of rising trucking bankruptcies this year, including the demise of two regional LTL companies, most LTL trucking firms are turning the prevailing gloomy narrative about trucking on its head, with new terminals, new partnerships, steady pricing, and higher profits.

LTL carriers are positioning themselves today for an anticipated increase in freight volumes — whether this fall, in 2020, or at a later date — and at the same time responding to immediate shipper demands for faster, better service and delivery on data as well as freight. They’re taking a long-term view, making investments at the ebb of the freight tide as well as its peak.

Shipment volumes at many other LTL carriers, including FedEx Freight and Old Dominion Freight Line (ODFL),  dropped year over year in the second quarter as US freight shipments continued a nine-month contraction, according to the Cass Freight Index. Yet in the case of the two largest US LTL carriers, freight volumes remain higher than in 2017, or previous years.

“There is a conversion from truckload to LTL that people aren’t paying attention to,” said Satish Jindel, president of SJ Consulting Group, a transportation research firm. “Ask any LTL carrier what percentage of their business is retail today compared to five years ago, and it’s more. They’re finding retail can’t be ignored because of e-commerce and Amazon.”

The proliferation of highly localized e-commerce fulfillment centers is contributing to that shift in freight, Jindel said, as shippers move more and smaller palletized shipments to locations closer to the final fulfillment point. “If I’m shipping into 40 fulfillment centers, those are LTL shipments. It used to be four distribution centers, and those were truckload shipments.”

In the Amazon era, the LTL sector overall is benefiting from a business model that enables carriers to get close to shippers and their customers, while building density in networks that still need capacity. In the truckload world, capacity is measured in drivers and trucks. LTL capacity is measured more in terminals and dock doors that aren’t easily added, moved, or replaced.

“There are regional truckload depots and terminals, but those networks are not as comprehensive as what an LTL carrier like FedEx Freight or ODFL would have,” Luciani said.

“The overhead cost is different, the business model is different. And right now, capacity is different in LTL.” And customer demand for that capacity is not slack, he said. E-commerce is putting more emphasis on regional and local distribution and speed to market, “and that’s positioned Pyle well for growth,” Luciani said. “We’re well-positioned for 2020.”

What many customers may not realize is the demand for shorter transit times actually cuts into capacity, as more equipment, drivers, and dock workers initially are needed to deliver freight faster. Technology that better optimizes and speeds fleet operations is the only way to rebalance the equation, and that’s the kind of technology LTL companies such as Pyle are pursuing.

“Customers want more data, greater visibility, and up-to-the-minute tracking and tracing capability,” Luciani said. “We can provide them with data through web-based APIs [application program interfaces], but customers that use multiple carriers want the ability to do one-stop shopping from a data perspective. For that, they’re turning to data aggregators.”

LTL carriers are expanding to meet customer demand in several ways, largely by building or adding terminals, but also through partnerships such as the Pyle-Oak Harbor agreement.

Pyle’s home territory stretches from Maine to Virginia and Ohio, but partnerships with other LTL carriers extend its two-to-four-day service map to the Great Plains and Texas. With its Oak Harbor partnership, Pyle will institute a two- to three-day cross-country team-driver service that Luciani says will be able to beat transit times offered by large national LTL competitors.

“We’ll have less freight handling and predictable pickup and delivery service,” without stops at intermediate terminals in the middle of the US that can add delays, he said. “If we pick up on Friday in California, we’ll deliver Tuesday to Wednesday in the Northeast.” Pyle gains access to 33 terminals in the West, complementing its 24 eastern service centers and 11 warehouses.

The Pyle-Oak Harbor service also adds a new LTL link between the two largest US port complexes, Los-Angeles/Long Beach and New York/New Jersey. “We know most of our business will go to California and conversely most of Oak Harbor’s business will come from California into the Pyle network,” Luciani said. “California will be a key focus.”

The collapse of NEMF surprised shippers and LTL competitors alike, and tightened LTL capacity considerably in the Northeast. “I’ve heard publicly owned carrier executives say NEMF was handling about 8,000 shipments a day,” Luciani said. That meant an influx of freight for Pyle and northeastern competitors, such as New Penn.

“With that capacity removed from the market, we’ve been focused on driver utilization and certain freight characteristics,” he said. With LTL capacity tight in the Northeast and operating costs rising, “it’s as much about what we don’t put on the truckline as what we do put on the truckline,” with less profitable freight or higher cost accounts likely to be bumped.

Pyle is growing not just through its partnership with Oak Harbor but by increasing the size and density of its terminal and warehousing network in its northeastern territory. “We’re focused on adding capacity and enhancing and improving our service offering,” Luciani said. “We’re building service centers and expanding in our existing network and footprint.”

Pyle this month opened a 150,000-square-foot leased integrated logistics facility in Antrim Township, near Greencastle, Pennsylvania. The leased space will handle demand until a new 80-door LTL terminal with an attached 300,000 square feet of warehousing space opens next year. “We always try to build a warehouse with our LTL centers,” Luciani said.

That reflects another long-term shift in LTL at Pyle and the industry at large: the growth of ancillary services that utilize LTL resources and solve more problems for customers. At Pyle, the fastest-growing part of the business is a dedicated trucking operation. Logistics and supply chain management and brokerage are also part of a broader transportation portfolio.

“If a customer can ship from our warehouse, there are no pickup and delivery costs incurred,” and less door-to-door transit time if a shipment moves from the warehouse to a receiver. Shippers could send goods to a warehouse in advance and release the freight when needed. “Customers need their goods when they need their goods,” said Luciani.

“They’re looking at more non-traditional shipping models, such as unattended night deliveries,” he said. “I see more of those opportunities moving our way.”