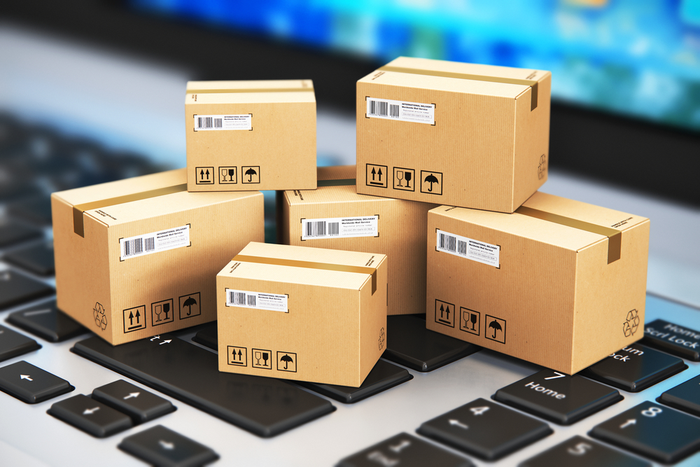 LTL carriers are using technology to streamline the flow of data from bills of lading through delivery receipts. Photo credit: Shutterstock.com.

Less-than-truckload (LTL) carriers set the pattern for US trucking a hundred years ago, but due to the complexity of the business, LTL operators and their shipper customers have been slow to change, leaving the industry mired in decades-old operating procedures and processes.

But in its second century, time and technology are catching up with LTL trucking. The wave of digital technologies already transforming truckload and brokerage is reaching into LTL, driven in part by larger supply chain changes wrought by the explosion of e-commerce.

That digitization — a replacement of manual, paper-based information processes with electronic ones — will change how shippers use LTL within their international and domestic networks.

Shippers will have precise data on cargo, from pickup to delivery, on which to base decisions. Carriers will have more data on how and where they serve specific shippers and what their real costs actually are. That will help them build better networks and speed LTL services.

There’s no one route to digitization, but the LTL operators and software providers that spoke with JOC.com agree it’s about eliminating paper documents and connecting partners to create money-saving efficiencies and improve service.

“We see it as the ability of stakeholders in the movement of goods to transmit data and interact system-to-system, whether they’re the carrier or the shipper, or sometimes a third party,” said Brian Thompson, chief commercial officer for SMC3, an LTL data and solutions provider.

“We are looking to digitize the entire LTL shipment lifecycle from start to finish. When that happens, your cost to move goods goes down and you get better visibility, not just of the shipment, but trends, so you can manage your business better,” he said. “The first stage is transmitting data and aggregating it; the next stage is taking that data to the next level and making it useful. That can’t happen until you’ve gone down the path of digitization.”

The US LTL sector is still on the early steps of that path, although some major LTL carriers have had parts of their operations digitized for years. The next steps require connecting various digitized LTL operations and integrating LTL into broader digital supply chains.

Technology isn’t the hurdle, though; some trucking companies have been electronically sharing data with customers since the 1990s or even 1980s, first via electronic data interchange (EDI) and more recently via application program interfaces (APIs). The hurdle is in the process, in implementing digital standards, and in getting customers to buy into going digital.

Shippers in the past have been reluctant to digitize, but the COVID-19 pandemic is increasing the need for detailed shipment visibility and paperless transactions, and that’s generating greater interest among shippers in moving to more digital LTL processes.

From paper to bits

The place to start, many LTL operators insist, is with digitizing the bill of lading (BOL). The BOL, both a binding contract referencing shipping terms and a detailed description of a shipment, has been printed on paper since the early days of the printing press, and before that, written on vellum, papyrus, and clay. Now, that information is being translated into digital bits.

“The bill of lading is a very obvious place to start” the LTL digitization journey, said Geoffrey Muessig, chief marketing officer at Pitt Ohio, the 16th-largest LTL provider in the United States in 2019. “Although shippers are digitizing systems within their four walls, when it comes time to tender a shipment to an LTL carrier, all of a sudden they hit a button and print a paper bill.”

A truck driver takes the paper BOL to the LTL terminal, handing it off to a freight clerk who then keys the information into the carrier’s linehaul management system. “That break in digitization is really what needs to be solved,” said Muessig.

Webb Estes, vice president of process improvement at Estes Express Lines in Richmond, Virginia, says that digital break is a costly one. “We spend over $5 million [a year] cutting freight bills and then having to audit and correct them,” he said. “It’s significant.”

Use of paper BOLs represent just one of several digital gaps in LTL processes, but it occurs at a point “upstream” in the data flow that moves with an LTL shipment. BOL errors affect everything that follows from that point, from linehaul planning at the cross-dock terminal to final payment.

If paper — and more importantly, manual reentry of existing data into a different system — can be eliminated at this stage, cleaner data becomes available at all points “downstream.”

Russ Felker, chief technology officer at third-party logistics provider (3PL) GlobalTranz, told The Journal of Commerce improving the accuracy and efficient transmission of that underlying data is the crucial element, not simply a digitized document.

“We’ve heard people say, ‘I just need this document digitally as a computer file,’ but it’s not that,” he said. “Digitization is about getting the actual data into a system that can use it for downstream processes.”

For the last two years, Pitt Ohio has targeted paper bills of lading, an effort that takes on additional value when many companies are looking to cut costs to offset lower-than-expected revenue due to pandemic-related shutdowns. The carrier argues that digitization can help shippers identify delays and other issues earlier so they can quickly contact receivers.

Pitt Ohio already processes 10 percent of its BOLs electronically, and its goal is to get that number to 80 percent. “We’re incentivizing our customers to switch to electronic bills of lading (eBOLs),” founder and CEO Chuck Hammel said. “If they go to e-bills, we will not increase their rates and will even reduce their current rates.”

Digitizing on the dock

An eBOL isn’t the only route to digitization. For Old Dominion Freight Line, the second-largest US LTL carrier, digitization began on the terminal dock with the electronic capture of shipment information as pallets moved from trailer to trailer.

“In 1999, we started eliminating a lot of the paper handling we had on our dock as we loaded and unloaded trailers,” said Barry Craver, vice president of business process and innovation at ODFL. “Then we began putting handheld computers in our drivers’ hands,” that included data on shipment tracking numbers, weights, and price changes, he said.

Over the next two decades, ODFL was “still limited in being able to digitize the entire process because customers weren’t ready for paperless delivery receipts,” Craver said. But that’s changing in the COVID-19 pandemic.

“You can see shippers are thinking about how to get away from these paper documents and move to an eBOL,” Craver said. Paper documents such as BOLs and proof of delivery (POD) receipts may pass from hand to hand several times, and those in-person interactions may pose an infection risk as the coronavirus disease 2019 (COVID-19) continues to spread.

“COVID-19 has been a big digital accelerator,” said Rohit Lal, vice president and CIO for multi-regional LTL carrier Saia. “We’re putting codes into our handhelds so drivers don’t have to get out and sign the BOL or proof-of-delivery receipt. Customers are accepting that more and more, but we have to get to the next stage of customers being comfortable.”

Similar to Estes and ODFL, Saia is driving digitization from the dock — the midpoint of the LTL transaction — outward, with a focus on optimizing pickup and delivery (P&D) operations. “We were using a product for linehaul planning, but planning for freight coming to the terminal was a gap. We had dispatching and routing systems, but the P&D planning process was manual.”

To close that digital gap, Saia partnered with Optym, an optimization software company focusing on LTL linehaul and P&D optimization. Raguram Venkatesan, director of trucking solutions at Optym, pointed out that LTL operators start each day with a blank slate for incoming shipments.

“Nobody knows how many pickups they’re going to get. Freight can come in various shapes, sizes, and classes, and shipments don’t arrive all at the same time. Drivers are already out making deliveries as pickup orders come in. That’s what makes LTL so complex,” he said.

Earlier this year, Saia rolled out RouteMax, the P&D optimizer built by Optym, at 169 terminals. “We had so much tribal knowledge about where the routes needed to be run that we could feed the information into the system and it would do the planning for us,” Saia’s Lal said.

For Saia and some other LTL carriers, handheld computers used by P&D drivers are the crux of digitization efforts. Dynamic routing instructions can be shared via the handhelds, which also can provide digital versions of documents, including bills of lading transmitted by shippers to carriers and signature-less POD receipts. Integration is the key to greater productivity.

This is where things get tricky. Data about incoming shipments can come from disparate sources, an eBOL transmitted from a TMS versus data scanned into a handheld computer, for example. “You need to make sure you’ve got a single source of truth for the information, that it’s not a whole bunch of siloed data, but data from one source,” ODFL’s Craver said.

That’s why digitizing the BOL early is so important, said Tommy Barnes, president of project44, a visibility technology company and a founding member of the LTL Digital Council, and industry group working on developing eBOL standards. “The earlier you can get the shipment data, the better your downstream information will be.”

Global Shipping Outlook: A Sneak Peek at 2021
Port Performance North America: Managing Cargo Flow During a Pandemic — and Beyond
END_OF_DOCUMENT_TOKEN_TO_BE_REPLACED