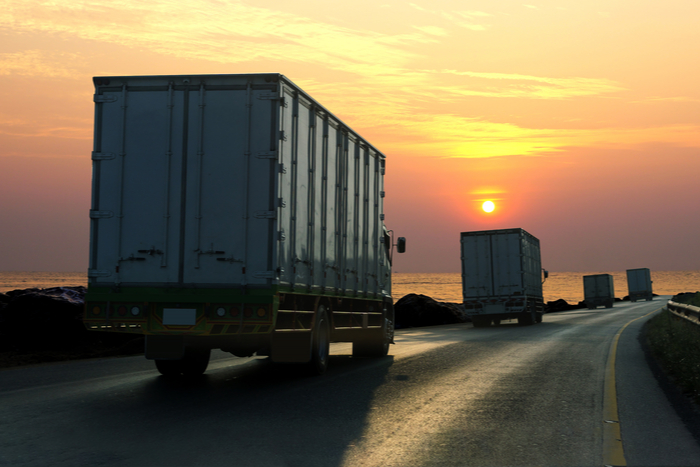 The US freight slump may not end until the second half of the year, speakers warned attendees of the SMC3 Jump Start 2020 conference. Photo credit: Shutterstock.com.

ATLANTA — The US freight cycle may not have hit bottom yet, but it could be close, speakers at the SMC3 Jump Start 2020 Conference said Monday. Economic indicators point to a better second half of the year for US shippers and their transportation and logistics partners, but uncertainty persists, making forecasting an even more imprecise science than usual.

“We do see evidence this freight cycle should bottom in the first half of 2020, but it’s going to be a tough first half, things haven’t bottomed yet,” said Benjamin J. Hartford, senior research analyst at investment firm Baird. “There’s been a runup in excitement about [an exit from] the trough in growth. I think that is going to be tested in the coming weeks.”

One test is the new coronavirus that has erupted in Wuhan, China, and has spread to the United States and Europe. The impact of the virus has already spread from its origin point to stock markets around the globe. In the short-term, “people are going to be afraid to fly,” said Jeffrey Rosensweig, international business and finance professor at Emory University.

Airlines are responding. Hong Kong-based Cathay Pacific and Cathay Dragon have cut flight capacity to mainland China by half until the end of March. That leaves less capacity for cargo to be shipped via the bellies of passenger jets.

Based on stock market reactions to past outbreaks, such as the 2003 SARS epidemic, the long-term impact may not be great. Six months after the SARS epidemic ended in April 2003, the value of the S&P 500 was up almost 15 percent, according to Dow Jones Market Data. But outbreaks are hard to compare while one is unfolding.

“Forecasting is difficult, and it’s made more difficult with the extra uncertainty coming in right now, whether it’s political or geopolitical or the virus,” Rosensweig told SMC3 attendees.

“There are a lot of contradictions in the market today,” said Hartford, adding there are a lot of similarities to the late 1990s, the dot-com boom era. “What’s different today? The limitless amount of data,” he said. “Everybody can find whatever data they want to justify whatever outlandish statement they want to make. There’s a lot of noise at the moment.”

A US recession alarm was sounded last year, he said, when the long-term and short-term yield curves on US Treasury bonds inverted, with short-term yields rising above long-term. Such an inversion has taken place before every recession since the 1960s, Hartford said. Federal Reserve interest rate policy helped correct the inversion and push up long-term yields, he said.

That yield curve has flattened in 2020, however, Hartford said. “We’ve had such an unusual recovery, with no resemblance to any prior recession or recovery since 1929,” he said. “There’s definitely trepidation about how long this recovery will last, but recessions aren’t inevitable. The calendar may argue we need to have one, but I hesitate to put a time stamp on things.”

In terms of employment, the US economy is stronger than it ever has been, Rosensweig said. “More people are working at this minute in the United States than at any time in our history,” he said. “We have gained jobs every month for over 10 years, which is a remarkable economic performance. Never forget the underlying strength of a $22 trillion economy.”

The story of the US economy, and freight transportation, in early 2020 won’t be one of growth, but stabilization, Hartford said. “Stabilization is the name of the game in the first half of the year, with potential improvement in the back half of the year,” he said. “But it’s going to be a difficult year to produce much in the way of volume growth. Flat year-over-year should be expected.”