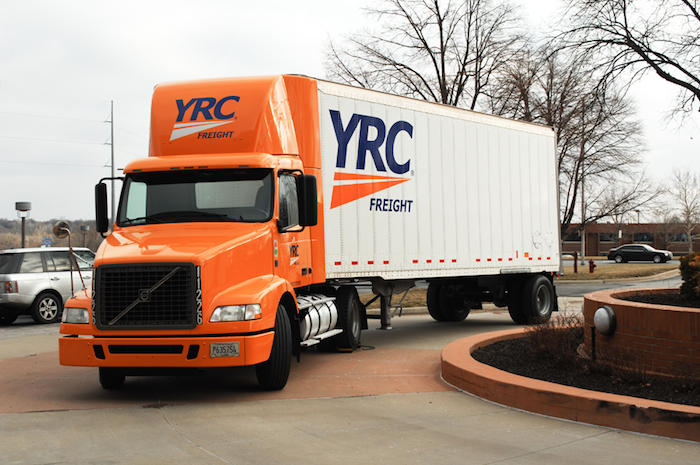 The US Department of Justice (DOJ) is suing YRC Worldwide, claiming three of its subsidiaries systematically overcharged the US for freight shipments, defrauding the Department of Defense (DOD) by millions of dollars for shipments that were actually lighter, and thus should have been cheaper, than the shipment weights for which the trucking companies charged the government.

The federal lawsuit, announced Friday, stems from a whistleblower suit filed under the False Claims Act by James Hannum. Under the act, private citizens can bring suit on behalf of the US for false claims and share in any recovery. Violators are subject to treble damages and civil penalties.

YRC Worldwide, one of the largest less-than-truckload (LTL) operators in the US, denied the claims, calling them “totally without merit.”

“We have made every effort over nearly a decade to address the government’s questions,” Jim Fry, YRC Worldwide general counsel, said in a statement Friday.

The dispute and investigation have been ongoing for nearly 10 years. “We are confident that the evidence will demonstrate YRC Freight acted consistently with our contract and all applicable guidelines,” Fry said. “We look forward to continuing to provide essential and valuable logistics services to the US government and all our customers.”

The government shipments in question were tendered to YRC Worldwide for transport prior to 2013, the Overland Park, Kansas-based company said. Yellow and Roadway were merged in 2009 to form YRC Freight. DOD freight currently represents less than 1 percent of YRC Freight’s annual revenue, the company said.

The lawsuit, filed in a federal court in Buffalo, New York, relates to a common shipper-carrier dispute: the weight and classification of LTL freight. Today it is common for carriers to reweigh shipments using dimensioning equipment and reassess charges when applicable.

That wasn’t as much the case when the shipments in question were tendered by the DOD. The US claims YRC Freight reweighed thousands of shipments and suppressed the results whenever they indicated that a shipment was actually lighter than its original estimated weight.

Instead of charging for shipments based on correct weight, YRC knowingly billed the US, and other shippers, based on inflated weights, the DoJ claimed in a statement. The DOJ also accused YRC of making false statements to avoid correcting invoices or repaying overcharges.

“When a federal agency, such as the DOD, enters into a service contract with a private corporation or company, the expectation is that the agreement will be administered in good faith,” stated US Attorney James P. Kennedy Jr. for the Western District of New York.

“In this case, YRC did not legally fulfill its agreed upon obligations to the Defense Department, choosing instead to line its pockets with tax payer’s dollars,” he said. “This case should serve as a warning to any organization that enters into a contract with the federal government.”

YRC Worldwide maintains its companies complied with terms of its contracts and DOD freight rules that were in effect prior to July 2013. "When the federal government changed the freight rules in July 2013 to clarify how weighing of freight and potential credits should be handled, YRC ensured its continued compliance with all applicable regulations," the company told JOC.com in an email.

"YRC Freight strongly believes that it complied with the rules and acted appropriately under the then-existing freight tariffs and its contract with the DOD. We will make this abundantly clear in our response to this complaint." The DOD remains a YRC Freight customer, the company said.