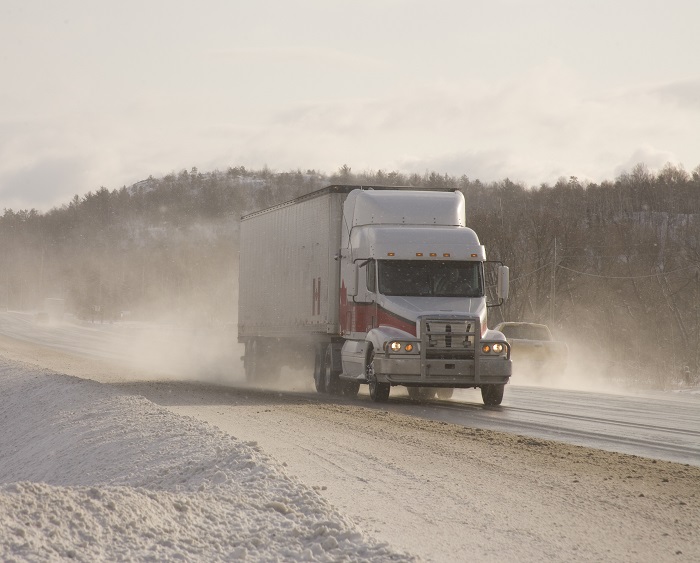 A truck travels on a US secondary road. Photo credit: Shutterstock.com.


US surface freight volumes and spending on trucking and intermodal rail remained higher in February than year-ago levels, resembling the 2014 marketplace in which the balance strongly tipped in favor of the carriers, according to new monthly data from Cass Information Systems.

The Cass Freight shipments index jumped 11.4 percent on a year-over-year basis to 1.198, and expenditures soared 14.3 percent to 2.724. The truckload linehaul index increased 6.5 percent to 131.3, and intermodal pricing index grew 5.4 percent to 137.9, indicating pricing power resides with the carriers. The truckload linehaul and intermodal pricing indexes established new monthly records in January and February.

Shippers are scrambling to find capacity and examining how to make their freight more attractive to secure a highly sought after truck. Some carriers are levying surcharges on shippers to recoup their costs for transporting excess loads, struggling with networks out of kilter. Ocean carriers are also adjusting prices as containers stack up in rail yards and draymen experience multihour delays while facing a stiff hours-of-service limit and heightened enforcement of an electronic logging device (ELD) mandate starting April 1.

From a transportation year standpoint, it is still off-season

“Although a seasonally weak part of the year, February was roughly equal to the peak month in 2014 (June [...]), which is extraordinary,” Cass index author Donald Broughton of Broughton Capital wrote. “This is indicative of an economy that is continuing to expand. February’s 14.3% [expenditure] increase clearly signals that capacity is tight, demand is strong, and shippers are willing to pay up for services to get goods picked up and delivered in modes throughout the transportation industry.”

The DAT North American Freight Index had the second-strongest February in 20 years as available loads surged 62 percent compared with February 2017. Truckstop.com’s Market Demand Index is twice the level of January and February 2014, the last time capacity was anywhere near this tight.

“I’ve been in the trucking industry since 1980 and I’ve never seen the balance being this out of whack,” CRST CEO Dave Rusch told JOC.com in early March. “In our flatbed sector, there is a huge imbalance. For every truck, I have three loads that I have to turn down.”

In a Morgan Stanley survey earlier this month, 92 percent of shippers and fleets said that truckload rates are higher than a year ago, and 74 percent believe rates will be higher three months from now. Respondents note that capacity is tight in the Midwest and Southeast.

“We are seeing lane-specific tightness and finding it very difficult to find trucks willing to go west to California, Washington, and Oregon,” one shipper told Morgan Stanley.

“Getting tighter, spot market rates in particular are way up. Concern is that produce season, spring peak, and the ELD deadline date are all hitting over the next few weeks,” another said.

“Despite a softer February than January, freight remains robust as exhibited in the year-over-year increase,” said ATA chief economist Bob Costello. “The drivers of truck freight — personal consumption, factory output, and construction — are good, plus the inventory cycle is in favor of motor carriers, so I expect freight tonnage to grow at a decent pace in the months ahead.”

The Institute for Supply Chain Management reported its manufacturing index was 60.8 percent, a 12-month high and better than the 57.6 percent from February 2017. Any value over 50 percent indicates economic expansion.