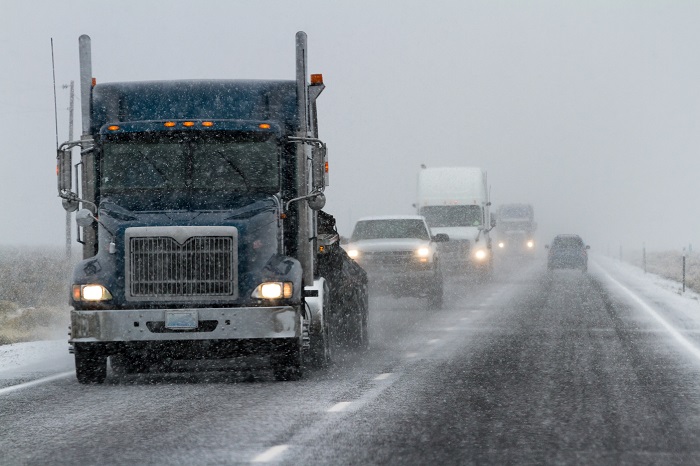 US shippers will like the additional capacity less-than-truckload (LTL) trucking companies plan to provide this year — but they will not like the LTL price increases that are sure to come. Still, the added revenue will fund much-need investments in capital and talent. Photo credit: Shutterstock.

Those moves will shore up national and regional LTL networks alike, and ensure those carriers can scale to meet higher freight demand if the overall US economy and industrial production in particular continue to expand. Manufacturing output rose at a 7 percent rate in the fourth quarter, the largest gain since the 2010 second quarter, according to the US Federal Reserve.

LTL trucking companies are also trying to get closer to customers, building all-important density in freight lanes and regions as freight demand grows and delivery requirements get tighter.

Shippers will want that extra capacity but LTL carriers will charge more for it. Both general tariff “base” rates and contract LTL rates are rising. YRC Worldwide will raise its base tariffs 5.9 percent Feb. 19. Other LTL carriers are expected to follow with general rate increases (GRIs). Increasingly, those GRIs are expected to prove “sticky” and resistant to discounting.

“That trend has continued into the first quarter,” said Darren Hawkins, president and chief operating officer at YRC Worldwide. “Considering the current capacity and rate environment, we intend to continue our emphasis on solid pricing gains throughout 2018 and also set the pace for upcoming contracts” with the 5.9 percent GRI, Hawkins said in an earnings call Feb. 1.

“The full-year 2017 average contract and deferred pricing increase of 5.1 percent was the second-highest annual percentage increase in the last 16 years,” he said in an earnings call. “Though we have experienced some freight loss, we continued having success in securing new business that operated at better margins,” said Judy R. McReynolds, Arcbest CEO.

Higher rates will certainly bolster bottom lines at trucking companies with historically tight profit margins. And as freight demand increases, LTL carriers have stuck to the “pricing discipline” that helped them improve those margins and begin to expand operations or reinvest in their businesses in 2017, adding new equipment and hiring employees.

The LTL expansion has been brewing for more than a year, as trucking companies prepared for a surge in freight that always seemed somewhere past the next mile marker. In the second half of 2017, however, especially in the fourth quarter, that surge arrived. At Old Dominion Freight Line (ODFL), LTL tons per day increased 2.6 percent from the third quarter to the fourth quarter.

“This was the first time since 2005 that our fourth-quarter tonnage exceeded the third quarter in the same year,” Adam Satterfield, senior vice president and CFO, said Feb. 8. Year over year, tonnage was up 14.4 percent and LTL shipments per day 11.4 percent in the quarter. In January, growth was “pretty strong,” he said, despite some disruptive winter storms.

ODFL has been expanding its terminal network aggressively for years and plans to double down on expansion in 2018, taking its terminal count from 229 to 235 to 240. “We expect total capital expenditures of $510 million for 2018,” Satterfield said during the call. “This total includes approximately $200 million for real estate and service center expansion projects.”

ODFL is not just adding square footage, it is adding people. The company hired 1,642 employees last year, bringing 1,400 of them onboard in the second half as volumes accelerated, vice chairman and CEO David S. Congdon said. “These additions have increased the capacity of our employee base and has prepared us well for 2018.”

Saia launched into an entirely new region, the US Northeast, last year, opening six terminals. This year, it plans to add four to six more, O’Dell said in an earnings call transcribed by Seeking Alpha. “Our real estate team has secured some of the target locations, and is in the process of readying the facilities for start-up,” O’Dell said. “Those terminals are going to grow.”

The first of the new Northeast terminals should open in March. Meanwhile, Saia is not neglecting other regions. “We plan to open our third terminal in the Dallas metroplex with a new location in Fort Worth,” O’Dell said. “The new location will give us the opportunity to reach more customers in that large market and free up some capacity at the other two Dallas terminals.”

YRC Worldwide is not looking so much at real estate — the company slashed its terminal network in the last decade. The carrier is looking at a big investment in rolling stock. “In the fourth quarter, we took delivery of more than 450 tractors, and we have approximately another 900 scheduled for delivery in the first two quarters of 2018,” CEO James Welch said.

YRC Worldwide also took delivery of more than 1,900 trailers in the fourth quarter and expects another 450 to be delivered in the first half of this year. “Since the beginning of 2015, we have got upgraded our fleet by taking delivery of more than 2,700 tractors, or 20 percent of the fleet, and 6,800 trailers, or 15 percent of the fleet,” Welch told Wall Street analysts Feb. 1.

Those tractors and trailers do not represent expansion, however. “Those are all replacement units,” Welch said. “Anything we can do to exit short-term rentals and reduce our dependency on local cartage is very important to us in 2018. We’re feeling very confident with just the sheer amount of equipment that we’re bringing in. That’s going to propel us forward,” he said.

ArcBest also plans to replace 600 ABF Freight System road tractors in 2018 and reduce the average age of its city fleets and road fleets, Cobb said during his earnings call. “As we did in 2017, our new 2018 road tractors will be equipped with enhanced safety technology, including lane departure warning, collision mitigation, in-forward facing, [and] video capturing,” he said.

Operational technology, especially systems that speed cross-dock velocity and provide visibility to shippers, are also likely to be high on LTL carrier priority lists, although carrier executives and analysts did not spend much time discussing them in earnings calls. As the year unfolds, expect LTL carriers to keep a close watch on the intersection of spending, pricing, and profitability.