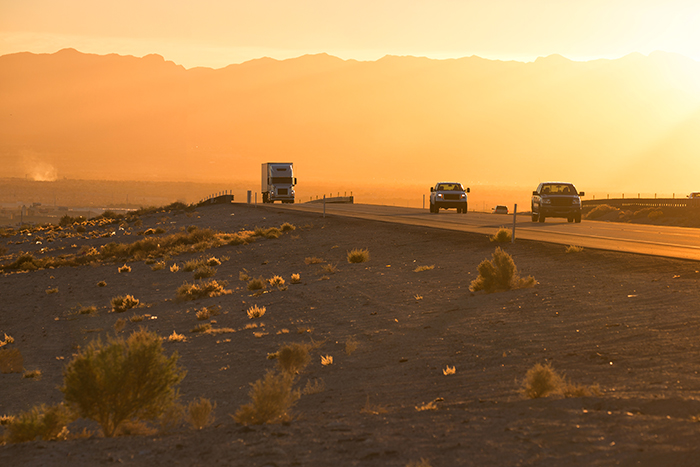 E-commerce is driving trends in the US trucking sector.

Strong shipper demand for dedicated trucking and e-commerce services, as well as a spate of big acquisitions in 2015, fueled growth at the largest of the largest US trucking operators last year.

Shippers last year spent an increasing amount of money on motor carriers that delivered goods all the way to the last mile and provided guaranteed capacity through dedicated services. Smaller, regional less-than-truckload carriers, still large companies, also grew faster than their peers, as did truckload carriers that purchased growth via acquisition in a slow economy.

As e-commerce and dedicated trucking continue to grow in 2017, more of the trucking operators in the Journal of Commerce's Top 50 US Trucking Companies rankings will try to drive deeper into those markets with new or expanded service offerings. A recovery in industrial output and consumer confidence should also help spur freight demand and revenue growth.

If the US economy expands as expected in 2017, shippers may pay more to move more freight, pushing up revenue at the Top 50 Trucking Companies at a higher rate.

Higher fuel prices also are expected to push up fuel surcharges this year, leading to additional year-over-year revenue gains for truckload and less-than-truckload carriers. After plummeting in 2015 and early 2016, diesel prices have been rising in the United States. For the week that ended March 20, the average US diesel retail price was up 42 cents year-over-year at $2.539 a gallon.

Last year, the 50 largest US trucking companies increased revenue 5.9 percent, to $129.6 billion, in a remarkably soft year for freight, according to preliminary data from SJ Consulting Group. That's an improvement from a 3.1 percent increase in 2015. However, overall weakness in the industrial and consumer markets, coupled with low fuel prices and falling truckload rates, flattened revenue for most of the 50 largest carriers.

That 5.9 percent was concentrated at the top, however, with parcel carriers and trucking operators UPS and FedEx, and logistics and transportation companies XPO Logistics and J.B. Hunt Transport Services.

The 10 fastest-growing trucking operators in 2016 were led by XPO, which spent more than $7 billion on acquisitions in 2015, laying the groundwork for much higher trucking revenue last year, when the company more than doubled its trucking revenue. Roadrunner Transportation System its increased revenue an estimated 6.2 percent in 2016, largely thanks to acquisitions.

Revenue, in fact, was flat for the vast majority of carriers, either slightly up or slightly down. Eleven of the 25 carriers that increased revenue last year did so by less than 2 percent. Only three companies had double-digit increases.

Even among the fastest growing companies, most grew within a range of 3.6 to 9 percent. Likewise, only two trucking operators saw a double-digit decline in revenue, Heartland Express, at 16.8 percent, and KLLM, at 10 percent.

A decline in top-line revenue did not necessarily mean a decline in financial health. Many of the larger LTL carriers, such as YRC Freight, pruned unprofitable freight and customers, leading to a loss of revenue but a healthier bottom line. Among truckload carriers, “much of the decline was due to fuel surcharges,” Mark D’Amico, senior analyst at SJ Consulting Group, said.

“Some of the LTL companies play in the last-mile market, and they’re all tied to Amazon distribution centers, either delivering DC to DC or DC to store,” he said. “The guys more concentrated in the growing portion of retail, including e-commerce, are benefiting more.”

The complete JOC Top 50 US Trucking Companies special report will be published on JOC.com and in the April 17 edition of the Journal of Commerce magazine.