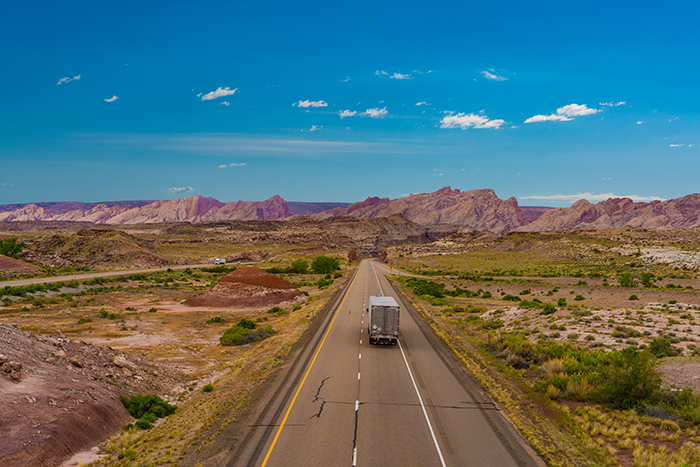 US truck capacity could tighten late in the year as trucking companies prepare for the electronic logging device mandate.

Shippers worried about the how the balance between truck capacity and freight demand in the United States may change this year advanced contract negotiations and bids with motor carriers in the first quarter, trying to lock down rates before rising freight volumes absorb excess capacity.

How successful that strategy will be for shippers won’t really be known until the latter half of the year, when a combination of stronger economic activity and the approach of an electronic logging mandate could trigger a tightening of available truck capacity, especially truckload capacity — or not.

Less-than-truckload carrier Saia renewed 321 contracts with shippers in the first quarter, compared with 288 in the year-ago first quarter — an 11.5 percent increase. Those contracts included some of the Johns Creek, Georgia, trucking company’s largest customers.

“We’ve been through about our top 40 customers,” Saia President and CEO Rick O’Dell told Wall Street analysts Friday. “Our average agreed-upon contractual renewals increased by 4.2 percent in the first quarter,” O’Dell said during a conference call transcribed by Seeking Alpha.

Saia and LTL competitor Old Dominion Freight Line reported increases in revenue, freight shipments, and rates, with ODFL expecting contract rates to rise 3 to 4 percent on average. Truckload carriers, still flush with added capacity, have not been as successful.

“We’re seeing flat to up slightly” on rates in the first quarter, Knight Transportation President and CEO David Jackson said April 26. “We’re a little over halfway through the bids received,” he said, “with just over a third of those actually being fully completed on incumbent lanes.”

“As any bid season goes there is some network turnover, so you have some new freight coming on that can be hard to compare on a year-over-year basis. And so that's what things look like from a contractual perspective,” Jackson said during a conference call with analysts.

“This is uncharted territory,” the president of the Phoenix-based carrier said. “If you were to look at rates in general, the first quarter of 2017 is the sixth consecutive quarter with negative revenue per loaded mile on a year-over-year basis,” the longest such stretch since 2010.

CTG chairman and CEO David R. Parker noted many shippers engaged in bid processes in the first quarter “as a means to lower upward pressure on their freight rates before any meaningful tightening of capacity” thanks to a faster growing economy and the ELD mandate.

“All of our big accounts will be done by July,” Joey Hogan, president and chief operating officer, said. “One of our larger, top 10 accounts is done. It's a two-year contract.” And that’s an indication shippers are seeking longer-term deals to secure capacity and rates.