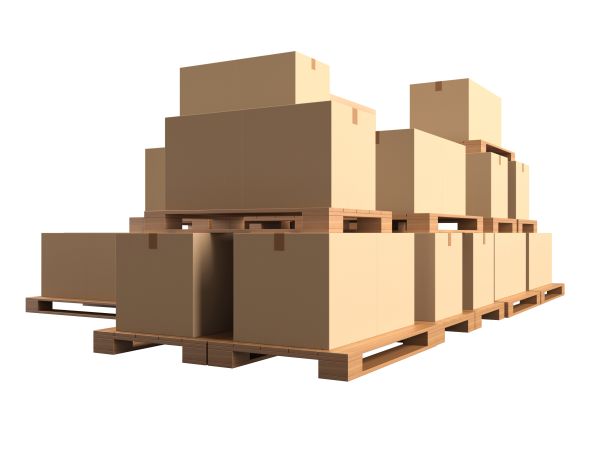 After decades of relying on classification-based rates, less-than-truckload carriers are sizing up their pricing systems and finding them wanting. More carriers, led by the largest LTL companies, are moving slowly toward dimensional-weight-based pricing schemes that don’t rely on commodity classifications that hark back to the regulated transportation era.

That doesn’t mean the way LTL carriers have priced freight since the Great Depression — using commodity classifications that group freight into 18 classes based on density, handling, stowability and liability — will change overnight, or that the National Motor Freight Classification will disappear. But pressure from the largest LTL carriers and global shippers, as well as advances in technology, will put more LTL pricing options on the table and force carriers to become more innovative about how they price, lane by lane, pallet by pallet.

Those options are clearly sought by carriers that believe the current system is broken and that LTL pricing often is disconnected from the actual cost of moving a customer’s freight. The CEOs of two of the largest LTL carriers, William J. Logue of FedEx Freight and James Welch of YRC Worldwide, have repeatedly criticized classification-based rating in public.

“If you look at the tariffs and the rate base and the class base, that is so antiquated,” Welch said at an SMC3 conference in Naples, Florida, this June. “The dynamics of the supply chain have changed.” By the end of the third quarter, Welch’s biggest subsidiary, YRC Freight, had installed 37 of 42 dimensioners at LTL terminals to measure the cubic volume of shipments.

Currently, those dimensioners are being used to check freight and ensure that it’s priced correctly. In many cases, “we’re finding some differences from what the customer has described,” Welch said in an interview. But YRC Freight is going farther than price checking. In August the company introduced a dimensional pricing feature on its website that allows customers to get a rate quote based on density online. “Customers no longer need to know class or commodity,” the third-largest stand-alone LTL carrier said in a statement.

Welch sees dimensional weight pricing — used in international shipping and by parcel carriers — as the future norm in LTL trucking, though probably not until after the 59-year-old CEO retires. “As we see capacity tightening, carriers have got to ensure they are being compensated properly for the space they are providing on their trailers,” Welch said. “At the end of the day we have to charge for space on our trailers. That’s really what we’re all about.”

Several other LTL carriers are offering dimensional pricing or looking for opportunities. Old Dominion Freight Line is a pioneer in dim-weight or density-based pricing. Saia is using dimensioners. UPS Freight offers dimension-based pricing as an option to customers.

Change in LTL pricing “is going to be driven by the majors, and you’re already seeing it,” New England Motor Freight President Tom Connery said in an interview. “The larger companies are moving toward it, and, as normally happens, the rest of the market moves in sync.”

Those carriers increasingly move freight through international supply chains that use dim-weight-based pricing, which means the U.S. LTL leg of the trip is priced differently. Package carriers such as UPS and FedEx use dimensional pricing for international air shipments, and, starting Dec. 29 at UPS and Jan. 1 at FedEx, will extend that pricing to more ground shipments in the U.S. That’s likely to increase the cost of some package shipments by 5 to 25 percent, unless shippers change their packaging to reduce shipment size. Increased use of density pricing in ground package operations could spill over into LTL, analysts believe. “We think this is the precursor to LTL moving toward the dimensional pricing system they’ve talked about for 15 years, but haven’t made much progress implementing,” David G. Ross, managing director of global transportation and logistics at Stifel, said at the SMC3 conference.

LTL carriers don’t have a problem so much with shipment size as with how pallets are prepared for shipping. For example, building a pyramid of boxes on a skid, which makes pallets impossible to stack and leaves a carrier hauling more air within a pallet’s cube and above the skid. And air is perhaps the most expensive commodity found in any trailer.

Much of the carrier antagonism toward the current pricing system is not derived from the actual classifications but how those classifications have come to be used over decades. Since deregulation in 1980, LTL truckers have used classifications as the peg for individual company tariffs or rate sheets. In contracts, carriers will agree to shipper discounts off those tariff rates — discounts that by 2007-2009 recession were often higher than 80 or 90 percent.

Any connection between a product’s classification — its density, handling, stowability and liability characteristics — and the actual cost of moving it from point A to point B effectively was broken. On top of that, more and more shippers and carriers rely on freight of all kinds or FAK rates, and that just throws more mud into the price mix. FAK rates now cover 40 to 50 percent of LTL shipments, Satish Jindel, president of transportation research firm SJ Consulting Group and ShipMatrix, said. “It’s a broken model. The industry isn’t currently measuring utilization of its trucks, and pricing doesn’t reflect dimension or cube,” he said.

In 2011, an Auburn University study sponsored by SMC3 found LTL carriers were broadly dissatisfied with their pricing models, but not at all optimistic about changing to a new method, such as dimensional pricing. Fifty-two percent of the carriers were unhappy with the current system, compared with 25 percent of shippers, but more than 60 percent of the truckers said the market wasn’t ready for density-based pricing. That has clearly changed, based on the actions and comments of leading companies in the LTL market, and the leading reason is the stronger economic recovery. As higher U.S. gross domestic product growth and manufacturing activity put more freight in trailers, LTL capacity has tightened, giving the trucking community pricing power and the opportunity to roll out dimensional pricing plans.

But LTL pricing has more than one dimension. Carriers want not just more accurate pricing that reflects costs and provides a better return, they want more dynamic pricing — even though most LTL freight still moves under customer contracts with negotiated pricing.

“Class rating is and has been a static system, and static pricing is being replaced by dynamic systems throughout transportation and most other industries,” said Hank Mullen, a principal of Dynarates, an LTL pricing consulting firm. “You want to be able to price according to the situation and environment at the time.” Dimensional or volume pricing permits real-time pricing, Mullen said. “The question is now can the industry afford to maintain the classification system, in view of circumstances today,” Bill Pugh, another Dynarates principal and former general counsel of the National Motor Freight Traffic Association. “That’s the part that wasn’t considered fully by the Auburn study. What does it cost to keep this system in place, particularly when competitors are moving to a more modern way of pricing goods?”

Change can have a high price tag, too, especially when class-based rates are integrated into the transportation management and back-office accounting systems of shippers. That’s one reason why the development of pricing alternatives in LTL is likely to be gradual. New technology will help pave the way, Joel Clum, president of consulting firm Carrier Direct, said.

“There’s a lot of small products being launched to put in effect big change,” Clum said in an interview. “Think of handhelds (computers) that let a driver scan and spec out a piece of freight and then price it based on customer information. If you can get that integrated with the back office system, you can make real time decisions on how you want to price freight.”

Going even further into dynamic pricing, an LTL spot market set up by uShip is being used by some of the largest LTL carriers, including Con-way Freight, ODFL, YRC Freight, Roadrunner Transportation Systems and Pitt Ohio. The system allows those carriers to dynamically set prices by lane and by shipment type and more completely fill empty space in trailers.

“I see carriers getting smarter about how they run their networks,” Clum said. “They have to think it through holistically, it’s not just about pricing and sales. But I do see dimensional pricing being the end goal. There will probably be a few steps required to get there.”