Use of 'dimensioners' to check, rebill truck freight rising

Use of 'dimensioners' to check, rebill truck freight rising 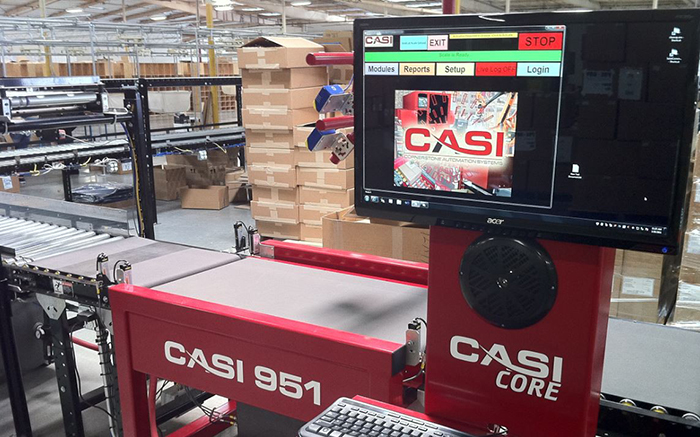 The weight of freight is the subject of debate not just in ocean shipping but in trucking, where less-than-truckload carriers increasingly use scales and dimensional scanners to capture the weight and cube of palletized shipments and reprice them.

The demand for accurate freight data, whether a verified container weight or the exact weight and cube of an LTL shipment, is rippling through supply chains and often adding to shipping costs. Shippers can expect more attention to gritty billing details from transport providers, especially when freight demand and rates are weak.

Technology, such as dimensioning equipment, makes that attention to detail possible.

Estes Express Lines has installed 72 freight “dimensioners” at its terminals, Hupp said at the summit. He added that the increasing role of third-party intermediaries in LTL shipping is a factor in expanded use of dimensioners. “We do more third-party business today, and costing that business is really difficult,” he said.

With dimensional scanners, “in seven seconds, we know the cube and density of the shipment,” he said. “That enables immediate correction” if information on shipment weight, cube or classification is incorrect, leading to a change in the billed price.

The scanners “provide a photo of the shipment, and supporting documentation for the customer. That encourages the ‘wrong freight’ off your trailer,” Hupp said. By “wrong freight,” he means less profitable LTL shipments.

In addition to Estes Express Lines, carriers increasing their use of dimensional scanners to check and reprice freight include Fedex Freight, XPO Logistics, YRC Freight and multi-regional LTL carrier Saia. FedEx Freight in February said it would add eight “dimensioners” to the 45 already in use at its terminals.

“One of the things that I think is a real positive for our industry is the amount of focus that so many of our competitors are putting on technology and dimensioners in particular,” David S. Congdon, Old Dominion Freight Line chief executive officer and vice chairman, told Wall Street analysts during a first-quarter earnings conference call. “That's something that we implemented over a decade ago, and those dimensioners are really important for accurate costing, they are a really important tool.”

Few LTL shipments move under dimensional-weight-based rates. More often than not, dimensional scanners are being used in conjunction with scales to check shipment information against a bill of lading and ensure freight is classified and priced correctly.

Freight brokers and logistics companies complain LTL carriers are recosting more and more shipments after running them through scanners, which means they have to rebill shippers. “Almost every shipment I send (to an LTL carrier) is being rebilled now,” a broker said at the Transportation Intermediaries Association’s annual conference.

But LTL carriers say those brokers need to capture more accurate data on shipments from their customers. “Costing is a zero sum game, and accuracy is critical to our success,” Hupp said at the ALK event.

For many shippers, getting the level of accuracy LTL carriers want is difficult. “You’ve got to think about shippers that don’t have the equipment to measure dimensions,” one NASSTRAC shipper said. “I’m not just talking about small companies, but larger ones. You have to look at how this affects your customers.”

However, LTL carriers with thin operating margins may not give complaints about rebilling inaccurately shipped freight as much weight as customers would like.