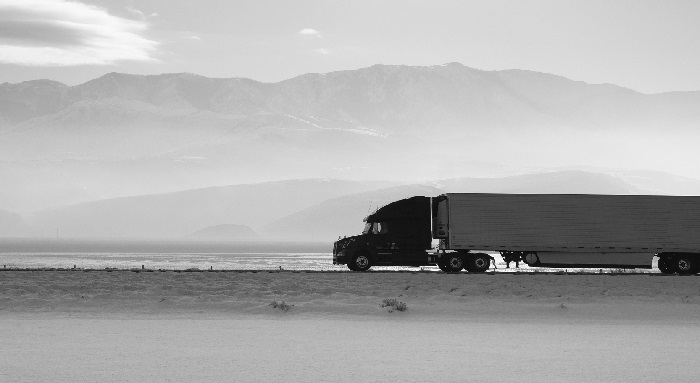 US trucking capacity is tightening faster than anticipated in the electronic logging era, and some shippers say that is making it tougher and costlier to move freight as they navigate between higher costs and increasingly constrictive customer demands. Photo credit: Shutterstock.

Trucking capacity is tightening faster than anticipated in the electronic logging era, as a messy start to the electronic logging device (ELD) mandate is making a bad situation worse for shippers, forcing the latter to pay more, speed up loading and unloading, and dig deeper into routing guides to find capacity.

The ELD mandate that took effect Dec. 18 hit the US shipping and trucking industries at a period of peak freight demand, when transportation capacity was already tightening, sending spot market truckload rates soaring and pushing up contract pricing across the board.

Winter storms in January tightened capacity further, and freight demand remains high well into February as spring imports move inland and the US economy keeps a steady growth rate. The ELD mandate is the icing on that capacity cake, and for shippers, that is not sweet.

“This may well be one of the most unpredictable and quickly changing freight environments that many of us have ever experienced,” Douglas R. Waggoner, chairman and CEO of Echo Global Logistics, said Feb. 7. “January and February are traditionally the slowest months of the year, and right now the market is not as tight as [the fourth quarter], but it's still tight.”

Shippers are digging deep into their routing guides, lists of trucking companies they use in specific shipping lanes, to find carriers with available trucks. Carriers are turning down tenders or dropping loads, and drivers are refusing trips they fear will cut into their earnings.

This is especially concerning to shippers who must meet increasingly narrow delivery windows or pay costly “compliance fees” or penalties, often a percentage of their quarterly invoices. Many businesses are caught between a rock and a hard place, with little room to maneuver.

“Shippers have two challenges: rate increases and more and more demanding delivery times,” said Ben Cubitt, senior vice president of engineering and procurement at Transplace. “They need highly capable, service-oriented carriers [to meet delivery deadlines], so they can’t offset the [higher] prices. There’s discussion about how to lock in capacity, but still no resolution.”

Shippers and trucking companies are racing the clock to find some resolution before full-fledged out-of-service enforcement of the ELD mandate begins April 1. “I’m not waiting for trucking companies to come to me, I’m going to them,” said John Janson, global logistics director at Sanmar, an Issaquah, Washington-based supplier of apparel and accessories.

When middle-mile shipments are delayed, there is a knock-on effect on other modes, including last-mile delivery. In fact, the impact of the ELD mandate reaches from US highways to international trade lanes, as ocean carriers and logistics partners moving containerized goods into and out of the United States have difficulty booking trucks, or hand that responsibility off to customers.

Miami-based online freight forwarder iContainers says it has faced up to three truck cancellations per week. “Trying to secure a container for a full container load within a two-week window has proved cumbersome,” the company said in a statement. “Many shippers currently find themselves faced with either shipping only the necessary or paying exorbitant prices.”

“The main issue has been the additional workload that goes into finding coverage for all our trucks movements,” Klaus Lysdal, vice president of sales and operations, said. “We have had several cases where truckers confirmed that a load was good to go in the morning only for them to cancel a few hours later.” He expects the situation to get worse before it improves.

A stronger US economy is the root cause of most of the transportation capacity problems shippers face in early 2018, not the ELD mandate. If US real GDP was still growing at rates similar to the first quarters of 2016 (0.6 percent) or 2017 (1.2 percent), the mandate’s impact probably would have been much more muted, if visible at all.

But with the slack gone from the US economy, which expanded between 2.6 and 3.2 percent over the last three quarters and is expected to continue growing at a faster pace this year, the ELD mandate adds a new layer of complexity to the transportation capacity issue. The mandate’s add-on impact may be enough to keep capacity tight when freight demand ebbs.

Some truck drivers undoubtedly have parked their trucks and handed in their keys rather than switch to an ELD, and some smaller trucking companies have shut down. Three small motor carriers used by chemicals distributor Univar closed in December, giving the shipper a week’s notice, according to Ken Spicer, director of transportation and carrier management.

“It’s a shame these carriers came to us too late in the game, when they’ve gambled the ELD mandate would have gone away,” Spicer said in an interview with Mike Regan, chief relationship officer of TranzAct Technologies, a transportation spend management company. “We could have paved the way for a long-term solution for them to run our dedicated lanes,” he said.

As bad as the loss of drivers and small carriers may be, the biggest impact on capacity from the ELD mandate is likely to be loss of time for those drivers still behind the wheel. That loss of time translates to a reduction in productivity and capacity, and the cumulative impact could be the equivalent of thousands of trucks taken off the road, although there is no exact number.

Less time means fewer weekly turns, which means more trucks and drivers are needed simply to haul the same number of shipments. Time, not trucks or drivers, may be the determining factor in capacity. For some shippers, “it’s getting harder to move loads over the weekend,” Cubitt said. “Carriers are putting embargoes on certain destinations based on time constraints.”

Shippers, particularly those who thought the ELD mandate was a problem only for their trucking and logistics partners, are finding last year’s service expectations are coming up short. “For shippers, people are overpromising and under-delivering,” said Kevin Hill, president and founder of CarrierLists, a company that helps freight brokers and shippers source capacity.

Longer shipments with tight delivery windows are getting harder to book, sources tell JOC.com, especially those around the 600-mile mark. Shipments that used to be next-day runs are being bumped to two days, and rates are going up. In some cases, drivers are refusing shipments that could leave them with too few hours to complete a run, find parking, or get the next shipment.

“Those ‘tweener’ lanes really have become a problem,” said Cubitt. “We’re talking about next-day runs of between 600 and 700 miles. We’ve seen carriers reject them, and drivers refuse to do them. Either they can’t make the delivery legally or they’ll lose too much time.”

It is not just “tweener hauls” that cause trouble. “We didn’t expect as big of an impact on five- to six-hour runs,” said Janson. “We would have expected it on longer hauls, but these are well within the legal limits and have always been acceptable. Now they’re getting turned down.” Those runs would be less than 500 miles even if the driver averaged 75 miles an hour.

Although the five- to six-hour length of haul was well within the 11-hour daily driving limit for truckers, extra hours were easily racked up due to unexpected delays at pick up and delivery points and because of congestion, especially on multi-stop routes, Janson said. That meant drivers often found themselves short of the time needed to deliver goods and find backhauls.

When the drivers were stuck overnight and had to pick up a load the next day, that pushed what had been a one-day and back run into a day and a half or two day run, Janson said.

“Our runs haven’t changed, and they’re still within the legal limits, but when you factor in all the other things, the drivers run out of hours,” he said. “In the past, I think they pushed the envelope, or maybe fudged their logs a little bit to get home. Now they can’t do that,” he said.

Sanmar switched from a third-party logistics (3PL) provider to direct relationships with carriers as a result. “We kept getting calls from our 3PL that drivers were running out of hours. We believe the asset-based carrier provides better control over the situation,” Janson said. Sanmar is looking for niche carriers that need freight “that balances their network,” he said.

Shippers of all types are being forced to rethink their distribution schedules, said Hill and Cubitt. “Shippers are investing time and resources right now,” Hill said. “They’re investing time in making their shipping and receiving processes more efficient. We talk about the bullwhip effect, when something you don’t have any visibility into in the supply chain hits you.”

The ELD mandate necessitates “more than just a change in trucker behavior,” Janson said. Shippers “have to look at their complete network now and we need to determine what this change will mean to us. We’re no longer go to be able to hit the ‘easy button.’ I have my guys going deeper into our routing guide than ever before to get trucks for us.”