Analysis: Digitize the bill of lading

Analysis: Digitize the bill of lading 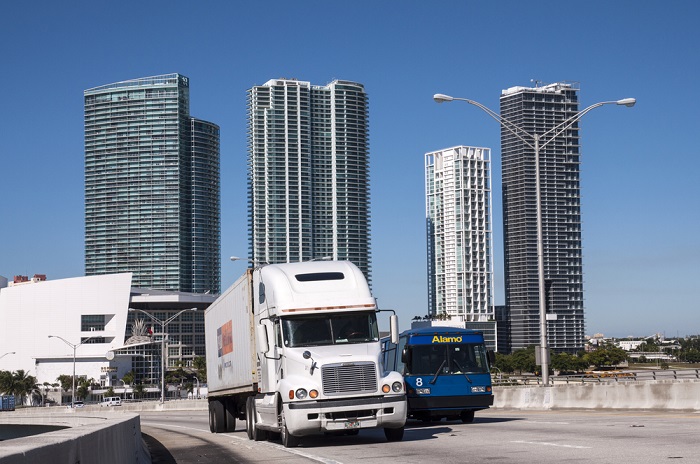 Shippers can and should stop using paper bills of lading (B/Ls). If truck drivers can live without paper logbooks, shippers can scrap paper B/Ls. Savings for carriers and shippers will result. Photo credit: Shutterstock.com.

Note: This is Part 4 of a 5-part series. Part 5 will be published later this week.

Shippers can and should stop using paper bills of lading (B/Ls). If truck drivers can live without paper logbooks, shippers can scrap paper B/Ls. Savings for carriers and shippers will result.

In the 1970s, shippers used typewriters to generate paper business documents that were mailed and received within three to five days. In contrast, shippers now generate written documents via computers or mobile phones, transmitting them via the internet, with recipients getting them within seconds.

This transformation has not been lost on the transportation industry. Parcel carriers have gained huge traction with shippers transmitting parcel details, including origin and destination addresses, parcel weight, and much more, in advance of the pickup. Some shippers even provide parcel dimensions.

For the carriers, there are operational advantages to getting details in an electronic format before pickup, including that it ensures the pickup vehicle has adequate capacity for the expected number of parcels, it avoids billing errors, it prevents misrouting, and it helps carriers achieve higher cube load factor in the intercity linehaul network.

The operational needs to get shipment details in advance are even greater for the less-than-truckload (LTL) industry because of the diversity of shipments handled — rolls of carpet, overhead garage doors, vehicle transmissions, auto body parts, pallets of boxes, and farm implements, etc. Even so, LTL carriers have not pushed for elimination of the paper B/L. On the contrary, many LTL sales representatives hand new customers a stack of paper B/Ls.

In addition, while shippers are demanding real-time visibility from the carriers on the delivery status of every load, they refuse to convert from paper to digital B/Ls.

After 20 years of seeking shipper cooperation to convert paper B/Ls to electronic documents, the LTL industry still handles about 75 percent of shipments tendered using paper. In contrast, UPS and FedEx handle less than 5 percent of parcels that are tendered using paper airway bills. This contrast can only be fathomed when the percentages are converted into absolute numbers. For a benchmark, the parcel industry handles more than 47 million parcels on an average day. With 95 percent of parcels tendered via electronic manifest, shippers are using digital media to tender more than 44 million parcels per day.

With the LTL industry handling 640,000 shipments per day, LTL shippers tender 40 million shipments in a whole year via electronic method. This full-year figure for LTL shipments is less than a one-day figure for the parcel carriers. With many shippers using both LTL and parcel services, it is logical that most shippers can easily convert from paper to digital media for tendering LTL shipments.

That would have a far-reaching impact on helping the carriers control the cost of LTL service. The pickup operation still utilizes just the floor area of the trailer, which results in use of longer trailers and thereby about 50 percent cubic capacity utilization of pickup trailers. In contrast, parcel carriers use more than 80 percent of the cubic capacity of the package vans in pickup operations.

For the linehaul, with huge variation in the shape and size of shipments, LTL carriers have a greater need than parcel carriers to gain the physical attributes of shipments in advance to achieve better cube utilization of the intercity linehaul trailers.

While ignoring the needs of LTL carriers to convert paper to electronic media, the same shippers are sending notices to their suppliers requiring them to sign up for ACH payment to avoid the cost of mailing hardcopy checks. This requirement is primarily to eliminate the administrative cost and postage of mailing a check.

Shippers fail to realize that the cost of handling a paper B/L is many times more than the cost of mailing a check. Yet, the same shippers fail to comply with LTL carriers’ request to use the electronic manifest and to provide advance transmission of shipment details.

No doubt, the parcel carriers have had greater success in this regard partly because the top three carriers control 90 percent of the market. In contrast, the fragmented LTL industry created an opportunity for shippers to leverage one carrier against the other to resist dropping the use of paper B/Ls.

With tight capacity in LTL and truckload segments, now is the perfect time for LTL carriers to target reduction of paper B/Ls from 75 percent to below 50 percent by 2019, and for shippers to make the switch and claim their share of the benefits.

Satish Jindel is president of SJ Consulting Group, a consulting firm focused on the transportation sector with offices in Pittsburgh, Pennsylvania, and Jaipur, India.

Note: This is Part 4 of a 5-part series. Part 5 will be published later this week.