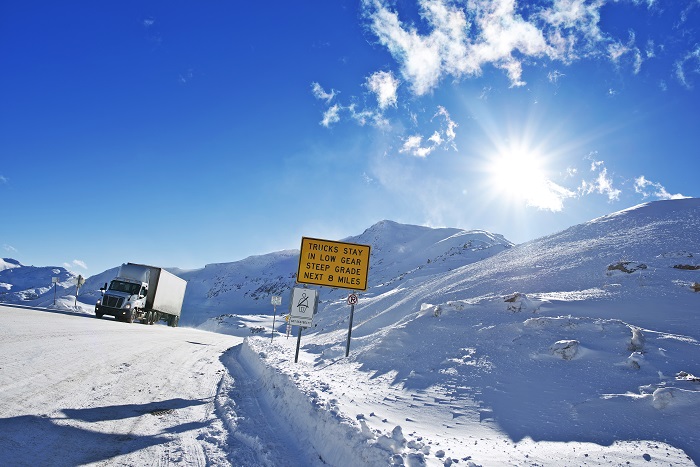 Add another factor to the long list of contributing causes to the US truck driver shortages: skills-testing delays. Would-be drivers suffered a cumulative 6.4 million days of testing delays in 2016 alone, according to the Commercial Vehicle Training Association (CVTA). Those delays put 258,744 jobs on hold, at a cost of $1.4 billion to local economies, the CVTA said last week.

“Delays for commercial driver’s licenses [CDL] skills tests are accumulating,” the association said in a study prepared by NDP Analytics released on Jan. 9. “States with the most significant backlogs tend to have state-run testing centers only.” States with some degree of third-party testing have fewer delays and meet demand more quickly, the CVTA claimed.

The availability of time, alongside equipment and personnel, is a key element in truck capacity. US truck shippers last year found out just how much time on the road was lost to driver detention at terminals and docks, and the impact that detention had on available capacity and rates. In the electronic logging device (ELD) era, the cost of lost hours adds up quickly.

Delays in skills tests for new drivers represent another hidden drain on truck capacity, with significant costs to shippers, trucking companies, and truck drivers. The CVTA is calling on Congress, the Federal Motor Carrier Safety Administration (FMCSA), and the states to take action to limit the delays between written knowledge tests and in-the-truck-cab CDL skills tests.

The CVTA/NDP study, based on data from 33 states, found an estimated 669,688 initial CDL skills tests and retests experienced delays in 2016, totaling more than 6.4 million days of delays. If skills tests and income were not delayed, local economies could have added nearly $1.4 billion in economic activities, CVTA said. Those delays also led to $1.1 billion in lost driver wages.

The worst delays were in New Jersey and California, which had initial net wait times for CDL tests of 47 and 23 days, respectively. New Jersey and California also had lengthy delays for retests after a failure, 31 and 37 days, respectively. In terms of initial testing delays, New York was third, at 21 days. When it came to retests, the net delay in New York was 30 days.

Those net delays represent time on top of a 14-day mandatory waiting period between passing a CDL knowledge test and obtaining a commercial learner’s permit and taking a skills test. So that potential driver in New Jersey might wait as long as 61 days between taking a knowledge-based written test and his or her skills-based test in a truck cab.

The problem is not a new one. A US Government Accountability Office (GAO) study in 2015 found 15 states had CDL skills test delays and backlogs that left students waiting 14 days or more to test for their commercial license. In eight of those states, initial truck driver CDL tests were delayed more than 21 days. The FMCSA sent a report on the issue to Congress last September.

The CVTA/NDP study found 22 out of 33 states surveyed had no net delays for initial CDL testing. Eighteen of those 22 had some form of third-party testing, either supplementing state-run testing or as the only method of testing. The third parties could be CDL schools, community colleges, or trucking companies. Two of the 22 only allowed state tests.

“GAO found that states that allow third-party CDL skills test administrators realize a number of benefits including increased test availability, reduced wait times, and reduced costs for the state government,” the CVTA said in its study. “Our analysis shows that the wait times in states with state-run and third-party systems are lower than states with only state-run system.”

A logical goal would be wider use of third-party test administrators throughout the US and additional budgeting for state driver licensing agencies. “Forty states have adopted some form of third-party testing,” the CVTA said. In its congressional report, the FMCSA noted it can provide discretionary grant funding to states to hire additional staff and expand testing capacity.

However it’s done, expanding “testing” capacity can only have a positive impact on truck capacity. The issues raised by the CVTA, and in the FMCSA and GAO reports, underscore a need to focus on better workforce development to solve trucking’s age-old driver problem.