US regulators propose pilot for under-21 truck drivers

US regulators propose pilot for under-21 truck drivers 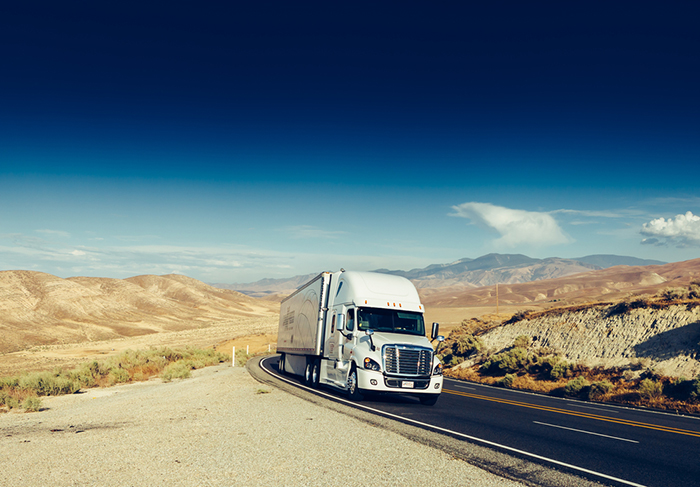 The pilot program was part of the 2015 Fixing America’s Surface Transportation Act and will ideally have roughly 200 members.

A limited number of 18- to 21-year-olds with military experience would be allowed to drive interstate tractor-trailers under a pilot program proposed Friday by U.S. regulators.

The three-year pilot program would create a test group of young truck drivers and is sure to run into opposition from those who fear licensing younger drivers would lead to more accidents.

The Federal Motor Carrier Safety Administration is proposing a study with a limited number of under-21s and a control group of over-21s, all employed and sponsored by motor carriers. The agency seeks comments on its proposal within 30 days.

The under-21s would have to have been trained to operate heavy trucks while in the military, and would likely be reservists or members of the National Guard, the agency said. They could apply to a participating motor carrier for “study group sponsorship,” the FMCSA said.

The FMCSA wants about 200 participants to sign up. Once they turn 21, they would leave the pilot project. The agency wants an equal number of under- and over-21s to enroll. Carriers would have to install electronic driver logs and potentially onboard monitoring systems.

The trucking industry for has been pushing for such a pilot program to attract more potential drivers to trucking and as a means of deflating a shortage of qualified drivers that threatens to worsen. A Truckload Carriers Association petition for such a program was rejected in 2003.

The 2015 Fixing America’s Surface Transportation Act required the FMCSA to conduct a pilot.

Currently, anyone wanting to drive a truck in interstate commerce must wait until they turn 21 to get a commercial driver’s license. That means long-haul trucking isn’t an option for high school graduates. Those 18-, 19- and 20-year-olds who might like trucking find work elsewhere.

Eighteen year olds, however, may get a commercial learner’s permit and drive intrastate trucks. That’s more an advantage to a company and driver in a large state like California, Texas or Pennsylvania, where an 18-year-old could drive a truck between Pittsburgh and Philadelphia.

That’s about a 600-mile round-trip journey on Interstate 76. However, that 18-year-old couldn’t drive a truck from Philadelphia to Cherry Hill, New Jersey, about 20 miles round-trip. Nor could he or she drive a tractor-trailer from Kansas City, Kansas, to Kansas City, Missouri, and back.

Today, it’s hard for trucking companies to map out such a path for younger students.

Not everyone thinks that’s a bad thing. Even some trucking executives are opposed to allowing teenagers to drive tractor-trailers. “We can mandate young drivers to complete a certain number of training hours, but we can’t mandate them not to be 18,” Alex Stark, senior director of marketing at Kane Is Able, a Pennsylvania-based third-party logistics provider and truckload carrier said in a commentary published by JOC.com in May.