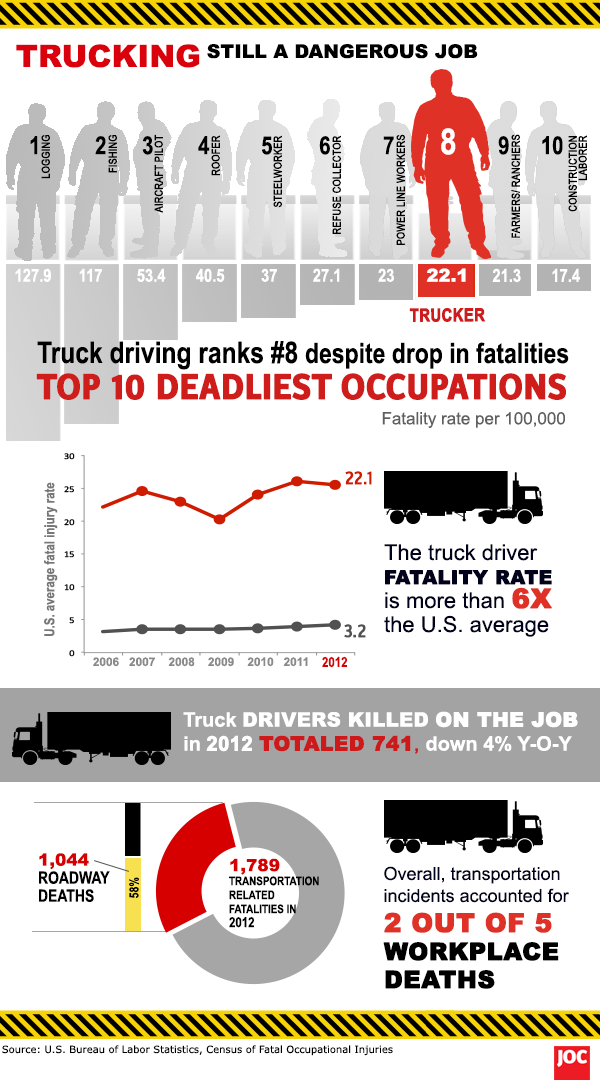 Truck driving is the eighth most dangerous occupation in the U.S., based on fatality rates per 100,000 workers.

Truck drivers had a 22.1 fatality rate in 2012, according to preliminary data from the Bureau of Labor Statistics.

That compares with workplace fatality rates of 127.9 for lumberjacks, 117 for fishers and 53.4 for aircraft pilots.

Truck drivers were followed by farmers and construction laborers, though construction-related deaths climbed 5 percent in 2012.

Truck drivers have a workplace fatality rate six times higher than the U.S. average of 3.2, according to the BLS data.

The number of truck drivers killed on the job dropped 4 percent in 2012, but that toll was still high — 741 people.

For all workers, transportation was dangerous. Transportation incidents accounted for two out of five workplace deaths in 2012.