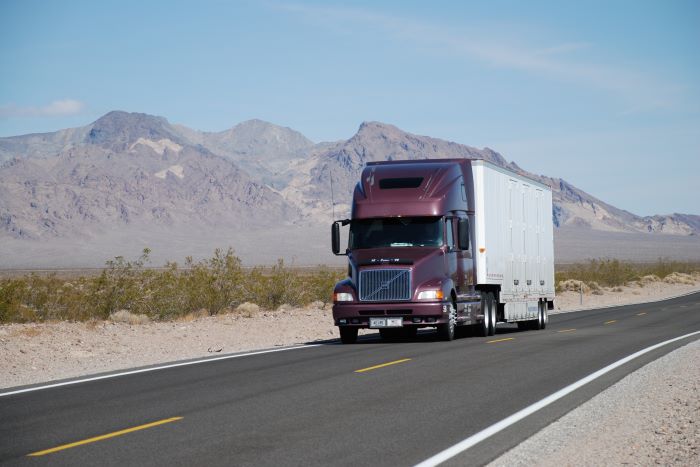 Two court cases in California seek to determine if licensed motor carriers can contract with owner-operator drivers, or whether the LMCs must hire the drivers as employees. Photo credit: Shutterstock.com.

Supporters of a new worker classification law in California that would make it harder for trucking companies to contract with independent drivers face a narrow path to victory, if legal precedent is any indication.

When US District Court Judge Roger Benitez issued a preliminary injunction Jan. 13 against enforcement of AB5 as it applies to trucking, he did so citing federal preemption of the new state law in regard to interstate commerce. The court that will hear the expected appeal of Benitez’s injunction ruled in favor of such a preemption a decade ago in a landmark case.

A precedent of federal preemption over rates, routes, and services in interstate commerce was set when the US Ninth Circuit Court of Appeals ruled in 2010 against an attempt by the Port of Los Angeles to ban independent contractor drivers in its 2008 clean-truck program, two attorneys familiar with the two current AB5 court cases noted. That’s not to say the court might rule differently regarding the current cases, but the likelihood is diminished by how the courts have ruled in the past.

The state of California by mid-February is expected to ask the Ninth Circuit Court of Appeals to overturn the preliminary injunction issued by Benitez.

When the Port of Los Angeles in its clean truck program attempted to compel trucking companies to hire employee drivers when calling at marine terminals, the Ninth Circuit later ruled that that requirement could not be enforced because the Federal Aviation Administration Authorization Act (FAAAA) of 1994 gives Congress authority over interstate commerce.

From the perspective of the trucking industry, the federal preemption issue was resolved almost 10 years ago by the Ninth Circuit. “The law that Benitez applied is the Ninth Circuit law,” said Greg Stefflre, owner of Rail Delivery Services and an attorney of more than 40 years who has represented the American and California trucking associations.

Two prominent cases addressing AB5 are unfolding today: California Trucking Association (CTA) v. Becerra, which is being heard by Benitez, and the People of California v. Cal Cartage, which is being heard in California Superior Court. Both cases address the question as to whether licensed motor carriers (LMCs) are allowed to contract with independent owner-operator drivers, or whether the LMCs must hire the drivers as employees, which AB5 requires.

The three-prong test of Dynamex

AB5, which was signed by Gov. Gavin Newsom in September, codifies a ruling in the 2018 case Dynamex Operations West v. Superior Court of Los Angeles. Dynamex established the ABC test for determining independent contractor status through three prongs: Prong A, the worker is free from the control of the hiring entity; Prong B, the work performed is outside the usual course of company business; and Prong C, the worker is engaged in an independently established trade or occupation.

Stefflre said that until 2018, classification of drivers in the trucking industry was found in the Borello test, a 1989 decision that relies on multiple factors to determine independent contractor status. The “primary factor” in determining independent contractor status in Borello as applied to trucking is that the driver is free from control of the trucking company and controls the manner and means of his or her occupation.

Multiple secondary factors that help to determine worker status in trucking are that the driver sets the hours of operation, can freely turn down a job, makes a significant investment in the asset (truck), and has the opportunity to make, or lose, money depending upon how much work he or she chooses to perform. Stefflre said owner-operators with whom he contracts gross from $60,000 to $160,000 a year.

Borello served the industry well until 2018, “and then Dynamex came along,” Stefflre said. The B prong of Dynamex is considered by trucking industry executives to be the most difficult of the three prongs to prove because it states that to prove independent contractor status, the company must show that the work the driver performs is outside the usual course of company business.

AB5 has attracted national attention because it also involves those working in the so-called “gig economy,” such as for Uber and Lyft, but trucking interests in California are asking the courts to carve trucking out of AB5 due to the federal Ninth Circuit and Supreme Court decisions.

A second important case, The People of California v. Cal Cartage, which is being heard by California Superior Court Judge William Highberger, is also under appeal. Highberger on Jan. 8 ruled that AB5 is preempted by the FAAAA.

Greg Feary, a partner in the firm Scopelitis, Garvin, Light, Hanson & Feary, told JOC.com that the Becerra and Cal Cartage cases have similarities, but they are proceeding on independent tracks. Feary said the cases involving AB5 ultimately get down to the question, “Does the application of the ABC test as written into AB5 create a significant impact on prices, routes, and services of LMCs?”

In their appeals, attorneys representing the state are expected to argue that failure to adhere to the ABC test as codified now in AB5 will cause irreparable harm to the people of California. Feary said that given the experience of the past decade, he is “skeptical” that the courts will rule in favor of the state.

Another issue involved in the litigation is the federal dormant commerce clause, which is intended to protect LMCs from having to deal with a “patchwork of state laws” when moving freight from one state to another, Feary said.