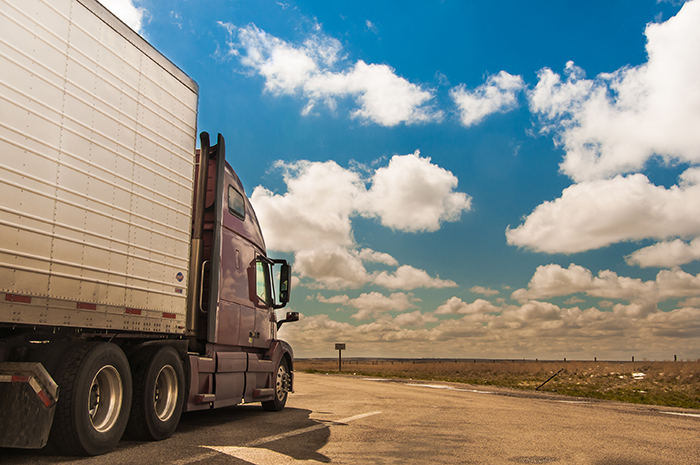 It will become nearly impossible for truck drivers to falsify their hours of service when the ELD mandate takes effect. Photo credit: Shutterstock

An 11.5 percent increase in citations for falsifying driver logs and a 14.8 percent jump in the number of drivers put out of service for falsifying logs in the last fiscal year underscore why federal regulators are mandating a switch to electronic logging devices (ELDs) on Dec. 18.

The vast majority, 73.7 percent, of false log violations resulted in a driver being placed out of service and any freight they were hauling being stranded until a new tractor could be dispatched to retrieve it. Numerically, false logs were the top out-of-service violation, at 30,274.

The rising number of false log violations should be a red flag to shippers as the ELD mandate approaches. Shippers are being urged by trucking and logistics executives to review their shipping schedules and transit times to ensure they fit within the hours available to drivers.

In terms of log violations, the latest data from the Federal Motor Carrier Safety Administration (FMCSA), posted on its Analysis & Information Online website, shows the number of violations reported for falsifying driver record of duty status logs has increased by nearly 20 percent over five years.

“I think false logs have been an epidemic, from the 1930s until right now,” John Seidl, a transportation consultant with Integrated Risk Solutions and a former Federal Motor Carrier Safety Administration investigator, said at the JOC Inland Distribution Conference Nov. 8.

The ELD mandate will reduce daily driving time for those drivers that habitually stretch their hours by falsifying logs, he said at the conference. Truck drivers and carriers that have not installed ELDs yet, he said, “are most likely the biggest offenders in terms of false logs.”

False log violations rose by 4,420 to 41,058 in fiscal 2017, according to data from the FMCSA’s Motor Carrier Management Information System, which was most recently updated on Oct. 27. The number of citations issued for not keeping driver logs up to date jumped 16.8 percent to 51,258.

That number, at least, has dropped since fiscal 2014, when 90,604 violations were reported by the FMCSA. In fact, numbers have dropped for several log- and hours-of-service (HOS)-related violations, including for driving beyond 11 hours, while citations for falsifying logs increased.

That raises the question of whether the downward trend in those HOS violations is factual or whether the actual trend is masked by log falsification. In the meantime, the number of drivers cited for failure to keep a log rose 10.1 percent in fiscal 2017, after staying flat for three years.

The overall number of log- and HOS violations that generated more than 10,000 citations across the United States did drop 3.5 percent in the last fiscal year, from 441,262 to 426,026. That number has declined in each of the last four fiscal years, according to the FMCSA inspection data.

What is or are the published

Permalink Submitted by david@impexx.net on Nov 28, 2017 8:57AM EST
What is or are the published violations regarding blind BOL’s. These are hand written short BOL’s that drivers fill out to change the shipper and consignee as well as the text information on commodity? Regards, Dave Kudley Impex Transport Note: I emailed Bill Cassidy this question

What is or are the published

Global Shipping Outlook: A Sneak Peek at 2021
Port Performance North America: Managing Cargo Flow During a Pandemic — and Beyond
END_OF_DOCUMENT_TOKEN_TO_BE_REPLACED