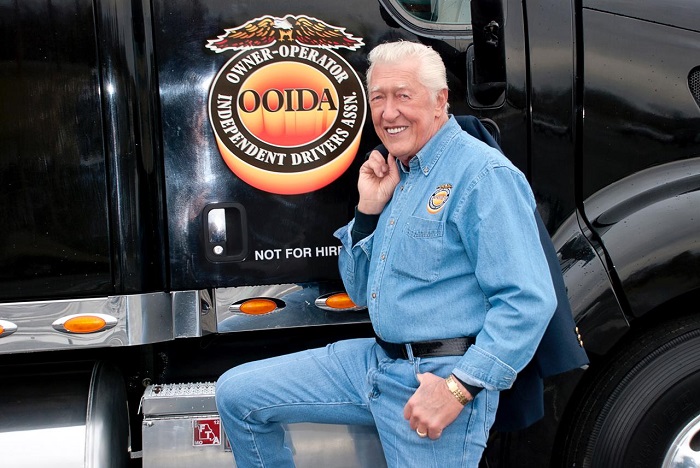 Jim Johnston, a former truck driver who spent decades building the Owner-Operator Independent Drivers Association (OOIDA) into a powerful voice on Capitol Hill and in US courtrooms, died at his home in Grain Valley, Missouri, OOIDA said Monday. He was 78 years old.

Johnston helped found OOIDA and had been its president and CEO since 1975. The group was established in 1974 in the wake of the 1973 oil embargo. He died of lung cancer, OOIDA said.

From its roots in the chaotic trucking world of the 1970s, Johnston built OOIDA into an organization of about 160,000 members operating more than 300,000 trucks. His efforts not only gave owner-operators a voice in policy making, but in dealing with truckers and shippers, especially when it came to issues such as leasing agreements and shipper detention. Johnston and OOIDA changed the shipping landscape by raising the profile of independent truckers.

Under acting president Todd Spencer, who joined OOIDA in 1981, the group will continue to play an important role in redefining the relationship of drivers, carriers, and shippers and aggressively defending small trucking businesses as the era of e-commerce and electronic logging unfolds.

Johnston had been a truck driver for 13 years when he hung up his keys to steer OOIDA. He was elected to nine five-year terms as the organization’s president.

“Truckers have always been pretty cautious individuals when it comes to joining organizations,” Johnston said in 2003, during OOIDA’s 30th anniversary. “It took several years for OOIDA to establish its credibility and effectiveness, aided by a few noteworthy successes. Over the years, we have been able to demonstrate the importance and the need for truckers to unite.”

Among those noteworthy successes were legal challenges against federal and state regulatory agencies and the promotion of truth-in-leasing rules, then under the Interstate Commerce Commission. Under Johnston, OOIDA also challenged federal and state taxes, helping owner-operators win refunds of discriminatory taxes and fees, and took on large trucking companies accused of violating truth-in-leasing regulations, among other contractor abuses.

OOIDA fought a long battle against electronic logging devices (ELDs), ultimately failing to stop the introduction of a mandate last Dec. 18 requiring drivers to use ELDs rather than paper logs. But the organization’s legal challenges did force US regulators to abandon a first attempt to mandate electronic logging in 2011 and to consider potential driver harassment by dispatchers.

From its early days through the ELD debate, OOIDA often opposed policies championed by the largest US trucking lobby, the American Trucking Associations (ATA). But the groups also found ground for cooperation. “One of the first meetings I had in this role was with Jim and his team,” said ATA president and CEO Chris Spear. “He was a passionate leader for drivers and the industry. Jim never strayed from who he was and who he represented — truckers.”

"Jim was a fixture within the transportation industry,” said Robert Voltmann, president and CEO of the Transportation Intermediaries Association. “From truck driver, to starting an association, to becoming the voice of owner-operators and independent drivers, Jim was a force to be reckoned with.”

“The trucking industry has lost a visionary and crusader for the rights of all truckers,” said Spencer. “He leaves behind a legacy of passion and persistence that we will undoubtedly look to as our inspiration going forward.”