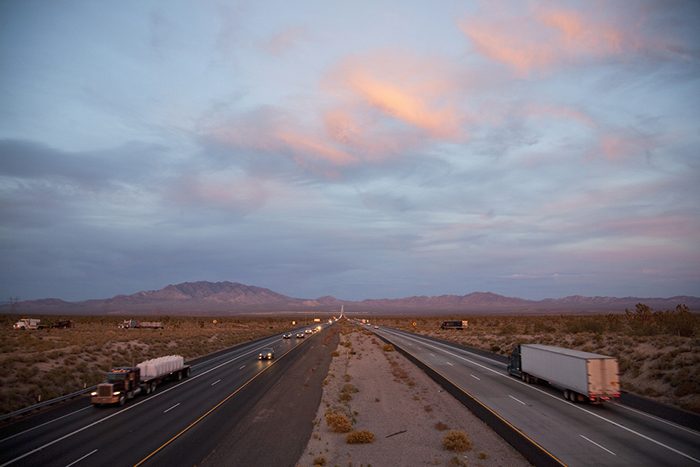 The complexities of the logistics industry have made it difficult for tech start-ups to disrupt established business models.

The deep well of private equity and investor cash funding the development of logistics technology — whether for digital startups or established companies — is very far from dry. But investors appear to be demanding more proof “Uber for Trucking” concepts actually will work, paralleling a broader trend in the technology industry in which investors are becoming more discerning in what companies they back and more demanding with balance sheets.

“Over the last 18 months or so, we went through a model valuation period,” said Brian Smith, CEO of the Cleveland-based firm, which offers cloud-based collaborative freight management and pricing tools. “The validation has been very strong and our client base continues to grow.”

Apparently, it’s no longer enough to be the next “disruptor” promising to disintermediate and eliminate inefficiencies in supply chains. As logistics technology rapidly advances, the validation of potential business models is becoming a priority, and the winners will get the cash.

Today, entrepreneurs starting transportation and logistics technology ventures “have to validate their model and get it right very quickly,” Lance Healy, co-founder and former president of Banyan Technology and now the company’s Chief Innovation Officer, said in an interview.

“If you don’t get (the value proposition) right very quickly and run out of cash, there’s not enough time to change your structure and try it again, because the well runs dry too fast,” Healy said. “There have been a lot of good ideas that failed in the market” for that reason, he said.

It’s also difficult to push potentially “disruptive” supply chain technology in a soft freight market, when truck capacity is readily available and shipping rates are comparatively low. That could be a problem faced by Cargomatic, one of the early entrants in the “Uber for Trucking” market.

Cargomatic, founded in 2013, is targeting a specific niche: the local truck shipment moving within a 150-mile radius in major urban markets such as Los Angeles. The company offers a technology platform that connects shippers with truckers companies that have unused capacity.

The company has raised $10.6 million, according to Crunchbase, most recently $8 million in January 2015. But Cargomatic hit speed bumps in 2016, laying off a substantial number of staffers and shedding some executives as well, including a CFO and chief operating officer.

Hrach Simonian, a general partner at Canaan Partners, an investor in Cargomatic, and a member of the firm’s board of directors, told The Wall Street Journal “there will absolutely be a new cash infusion in the company,” after DC Velocity reported Cargomatic was low on cash.

Executives at Cargomatic were not immediately available for comment.

There’s certainly plenty of cash out there. TransFix, another company offering an smart-phone-based brokerage for truckload carriers, drivers and shippers, raised $22 million in July from New Enterprise Associates, on top of $35.8 million raised since 2013.

Trucker Path, which has grown from a mobile app that helps truck drivers find parking spots and other facilities into a full-blown marketplace, got a $20 million boost in June from Wicklow Capital and RenRen, a Chinese firm that earlier invested $1.5 million in the company.

But the largest investment in the logistics space by far in recent months went to JDA Software, a retail supply chain technology provider. Blackstone and New Market Capital recapitalized the Arizona-based software company last week with a $570 million equity investment.

“This investment will accelerate the development of our SaaS-based solutions and allow us to develop innovative new solutions on Google Cloud Platform while enhancing our current large R&D investment in our existing products,” the company said in an Aug. 19 statement.

Entrepreneurs and executives in the logistics technology field increasingly distance themselves from the “Uber for Trucking” label, noting the taxi market Uber disrupted is very different from the U.S. freight brokerage or trucking market, which has much more variety and complexity.

“I think ‘Uber of Trucking’ is a bad idea, and won’t catch on as people envision,” Barry Conlon, co-founder and CEO of Overhaul, an online marketplace for shippers of high-value freight. “You have this horizontal Uber model and people want to fit it into a vertical trucking market.”

“While we’re having this conversation 10 companies have opened up that claim to be the next Uber of freight,” Bobby Harris, founder and CEO of BlueGrace Logistics, said. His third-party logistics company recently received a $255 million infusion from Warburg Pincus.

What Uber is doing for the rideshare business isn’t that different from what freight brokers do, Satish Jindel, president of SJ Consulting Group, said in a recent JOC.com column. “In simple terms, Uber and Lyft are nothing but fancy and technologically advanced brokers for transportation of passengers,” he said. It’s not a model, he said, easily applied to trucking.

“To really disrupt, you have to add value,” said Tommy Barnes, president of project44, which provides application program interfaces to shippers, brokers and carriers. “That’s where I’m stuck on some of the guys entering the space now. They don’t have a value proposition.”

Real value, said Barnes, a former Coyote Logistics and Con-way executive, will come from enhancing existing processes. “The people who are going to disrupt the market are those who can enhance processes and eliminate waste in a systematic, scalable way,” he said.

“‘Uber for Trucking’ is an oversimplification of a massive, complex, intertwined system,” Walter Lynch, CEO of Zipline Logistics, said. “The noise around technology is drowning out a lot of other important issues. One is the people side. The future of the supply chain is the people.”

The key for tech startups and companies hoping to emulate Uber’s success in the freight market may be matching people who with a deep understanding of supply chains, logistics and trucking with those who understand new technology and how to realize its potential.