Higher US truck spot rates blow in ahead of hurricane

Higher US truck spot rates blow in ahead of hurricane 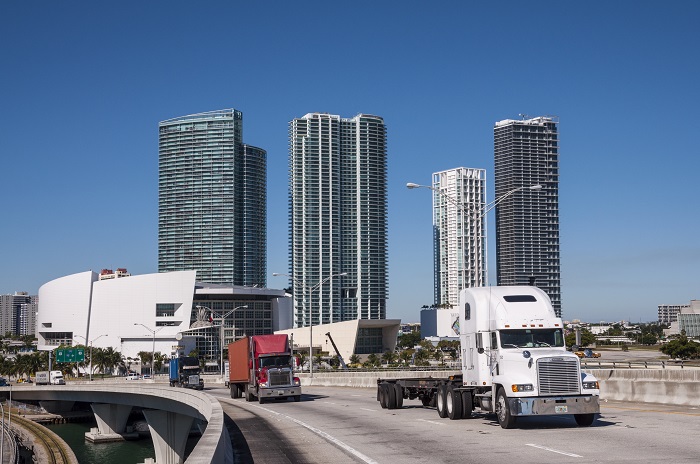 Hurricane Florence is still hundreds of miles from landfall, but the Category 4 storm already is affecting freight rates. Spot market truckload rates jumped by several cents per mile as the hurricane plowed toward the Carolinas and freight activity picked up post-Labor Day, reversing the trend of several weeks.

“Load board activity typically declines 20 to 25 percent during a holiday week,” DAT said. “Van capacity was especially tight, however,” in the week that ended Sept. 8, “and there was extra demand on the spot market” for trucks to move Federal Emergency Management Agency (FEMA) loads.

Prepositioned FEMA emergency supplies accounted for some of that demand, but some shippers may also have been looking to move freight out of the projected storm path, which includes South Carolina, North Carolina, and Virginia, before Florence reaches shore early on Friday, Sept. 14.

Charlotte was the highest priced spot freight market in the Southeast, DAT said, while Atlanta was the lowest, with the average dry van rate outbound from Atlanta also rising 1 cent to $2.35 per mile. Atlanta to Lakeland, Florida, however, was the highest-priced spot lane last week, at $3.08 per mile.

An increase in imports in July 2017 also led to higher truckload demand in August and September of that year as freight moved inland. This July, imports increased 8.7 percent year over year, compared with a 6.1 percent increase in 2017, according to PIERS, a JOC.com sister product.