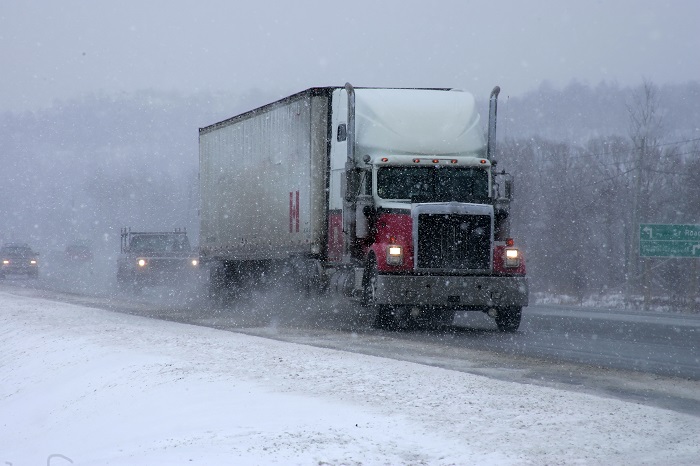 Demand for US trucking services is increasing in early 2018, even as the electronic logging device has, at least temporarily, led to a dip in truck capacity. Photo credit: Shutterstock.

US shippers say their shipment transit times are getting longer, owing to the US electronic logging device (ELD) mandate, and Zipline Logistics knows by just how much. An analysis of shipper data by the logistics company shows transit times creeping up on 450- to 550-mile routes, as well as in longer lanes, with costs per mile for shippers rising 4 percent as a result.

“We’ve been able to help identify the subset of lanes that will be most drastically affected, anything between 450 and 550 miles,” Zipline president Andrew Lynch said. On those lanes, transit times on average rose from 1.05 transit days before Dec. 18, when the ELD mandate took effect, to 1.22 transit days after the mandate, an increase of 16.2 percent.

That equates to about 4 additional hours of transit time, on average, enough to turn a 7-hour lane into an 11-hour lane, pushing drivers to the limits of their daily legal driving time. Truckers would likely clock out beyond the legal limit when any delays, unexpected stops, or congestion are taken into account. That is enough to turn a same-day trip into a next-day delivery.

“That’s a pretty big impact,” Lynch said. “The cost to run the truck hasn’t changed, so these guys are just losing time,” and that is pushing up freight costs, he said. The impact on the shorter lanes is greater than on longer runs. “On shipments between 750 and 1,000 miles, we saw a 10 percent increase in transit days,” which measure time from departure to arrival, he said.

Zipline works with consumer package goods manufacturers that sell and ship products to retailers such as Wal-Mart, Target, Best Buy, and others with increasingly tight delivery deadlines and, in some cases, penalties for late deliveries. Unexpected changes or “creep” in transit times makes it more difficult for those shippers to provide reliable service to their customers.

The Columbus, Ohio-based logistics provider uses its KanoPI transportation system to analyze clients’ traffic and identify which lanes are vulnerable to ELD-related disruption. Lanes longer than 450 miles are shifting from one- to two-day deliveries. “Proactively doing this has helped our customers avoid costly service issues and prevent missed delivery dates,” Lynch said.

Lynch’s data-driven attempt to measure changes in transit times before and after the introduction of the ELD mandate is one step toward a benchmark that will tell the industry how the requirement has affected drivers, carriers, and shippers. In turn, that will help shippers and their transportation and logistics partners figure out what they can do to reduce that impact.

For shippers, “the idea is not to go looking for a new trucking company but to align your operation with the carrier’s network so trucking is smooth,” Lynch said. “All these networks have been optimized, but when the ELD came in everything got turned on its head.” Accurate transit-time data “provides the transparency shippers need to make informed decisions.”

The ELD mandate is a factor in the overall tightening of truckload capacity, along with faster US economic growth and pockets of extreme weather. It is difficult to quantify the ELD impact separately from those other factors. Counting the additional hours and minutes in transit days, as opposed to just rising freight costs, yields a clearer measure of the mandate’s effect.

“It’s very hard for us to really put a number on what the cost impact of ELDs has been [for shippers], but when you look at the transit day impact, that’s a pretty objective view,” Lynch said. “If you talk about a 15 percent increase in transit days, that’s a pretty massive hit on productivity, which flows into capacity turns. If the number of turns goes down, that’s an impact on supply.”

The ELD debate stokes passions, but numbers are by nature dispassionate, which is why using transit time data to determine exactly how much the ELD mandate contributes to the current capacity crunch is crucial to understanding why shipping costs are rising and where. In trucking, “if transit times are getting longer, it’s because people can’t go any faster,” Lynch said.

“No one wants to be slower in trucking,” he said. “If they were being opportunistic [about raising pricing], they’d be offering shorter transit times [at a higher cost].”