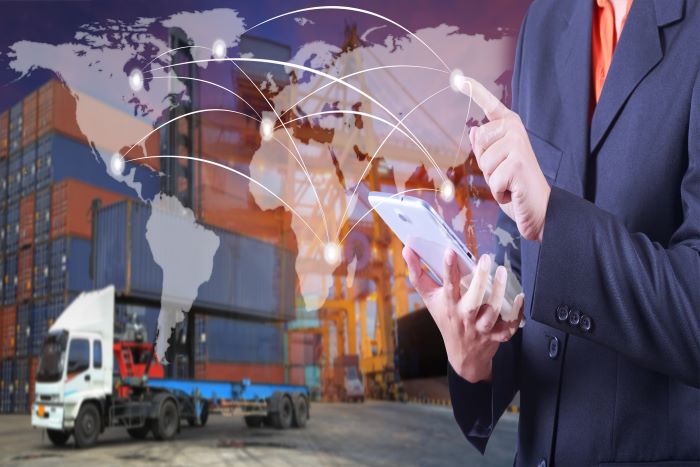 PortPro Technologies joins a host of companies that have built technology in recent years aimed at drayage carriers, a long-overlooked segment of global supply chains. While other entrants in the space, such as Dray Alliance and NEXT Trucking, have focused on building marketplaces or apps to enable shippers and carriers to match loads with capacity, PortPro is building a drayage management tool meant to displace entrenched TMSs such as Profit Tools, Compcare Services, and GTG Technology Group.

The concept behind the new TMS, called drayOS, is similar to a model being pushed in the small carrier and owner-operator truckload market, where drivers can utilize subscription-based multi-tenant software to run their operations. In most cases, the use of such software, similar to that provided by SmartHop, replaces non-systems-based dispatching and accounting processes.

PortPro was founded by Michael Mecca, who grew up in a trucking family and realized carriers needed tools that were often out of their financial reach. The system is designed around automating “time-consuming back office operations,” the company said in a statement.

“We focused on the tasks that aren’t revenue-generating, and automated them in drayOS,” Mecca said in the statement. “By simplifying, centralizing, and automating internal operations, drayage carriers now have an opportunity to properly scale and compete in the rapidly changing drayage industry.”

The platform was built in consultation with container drayage carriers in various ports around the US and is available in both a light and premium version. The TMS provides carriers with a customer portal to receive load status updates and access documentation, and also includes visibility into vessel estimated times of arrival (ETAs), container availability, and information around the last free day, cut off day, and last empty return day for containers.

The product is available in eight US port markets, including New York-New Jersey, Los Angeles-Long Beach, Savannah, Norfolk, and Houston.

“We understand that most trucking companies don’t have IT departments to implement and manage software,” Mecca said. “We basically become the ‘tech arm’ of their company, whether they have five trucks or 500 trucks. It’s about eliminating steps. Dispatchers are able to manage more drivers and loads at any given time, and back office personnel can more efficiently manage invoices and accounting, enabling drayage carriers to focus on customer service, execution, and profits.”