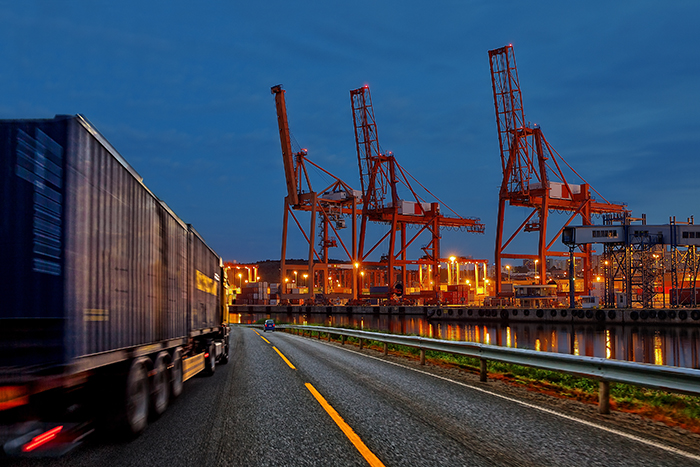 The Association of Bi-State Motor Carriers, the largest trucking group in the Port of New York and New Jersey has picked Lisa Yakomin to succeed Jeffrey A. Bader, the association’s founder and only previous president, who died earlier this month.

The board of the 170-member association picked Yakomin as president at a special meeting Tuesday, selecting a member without driver or trucking executive experience, but who has in recent years worked closely with Bader and been integrally involved in running the organization as its communications and legislative affairs director.

Yakomin takes the helm as the area’s drayage community faces the challenge of handling the rapidly growing cargo volumes moving through the port and the increased cargo density that has come with the mega-vessels now calling at the East Coast’s largest port. New York-New Jersey handled 5.01 million loaded TEU in 2018, 6.5 percent more cargo than in the year before, and outpaced the 5 percent growth of the East Coast market as a whole, according to PIERS, a sister product of JOC.com within IHS Markit.

As president, Yakomin will sit on New York-New Jersey’s Port Performance Council, a group of stakeholders that meets every two months to create and implement strategies to improve cargo flow and efficiency in the port.

In picking Yakomin, the association also becomes the second trucker group in New Jersey to pick a woman as a top executive. Gail Toth has been executive director of the New Jersey Motor Truck Association for 15 years.

Bader, 63 at the time of his death, had led the organization since its creation in 2002, and ran his own trucking company, Golden Carriers Inc., for 40 years. He was known as a forceful advocate for truckers and the port as a whole, one that was sometimes outspoken, but also able to secure compromise and forge strong working relationships between truckers and other port stakeholders.

Yakomin, who joined the association five years ago, said she looked forward to “continuing his legacy of leadership and service to our membership, maintaining strong communications throughout the port community, and acting as an effective advocate for the intermodal industry that serves the Port of New York and New Jersey."

Yakomin is credited with helping the association create a GPS-based system launched two years ago to measure queue times and turn times at the port’s container terminals, which gave the organization a tool with which to highlight to terminal operators the congestion problems and delays that truckers face. As managing partner of Parkstone Media, a New Jersey strategic communications firm, and a former chief of staff to a New Jersey state legislator, Yakomin has also played a key role for the association on legislative issues affecting truckers.