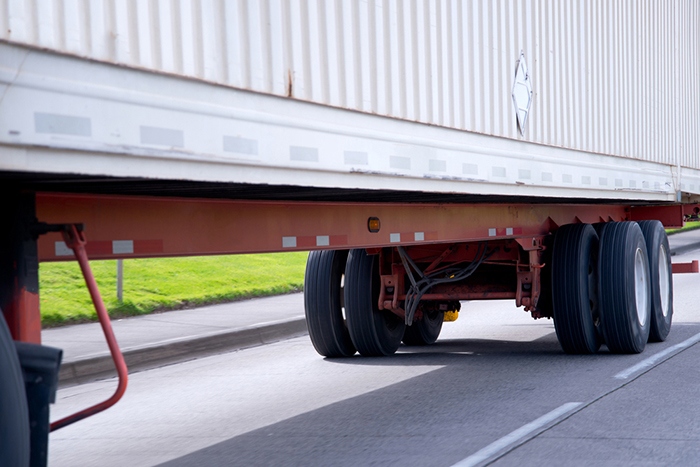 Although the Hanjin Shipping crisis has challenged the global supply chain, it also provides lessons for shippers unique to national and regional industry dynamics.

Hanjin Shipping’s bankruptcy filing has once again exposed how fragile the new chassis regime is in the United States, demonstrating that shipping lines, intermodal equipment providers, beneficial cargo owners, and truckers still haven’t adjusted to a development that began several years ago when the lines first shed their chassis holdings.

The latest twist has left thousands of empty Hanjin containers sitting on chassis across the country, taking the chassis out of service when they are needed most, the peak-shipping season. “Something has to be done or there will be a crisis,” said Ed DeNike, chief operating officer at SSA Marine, which operates container terminals in Long Beach, Oakland, and Seattle.

Shipping lines, which had provided customers in the United States with chassis and containers as a single unit since the beginning of containerization 50 years ago, signaled their intention to shed these costly assets in 2009 when Maersk Line transferred its chassis to Direct ChassisLink, which later was sold. Most container lines over the next few years sold their chassis to equipment-leasing companies, initially at smaller ports and inland locations.

In Southern California, this movement culminated on March 1, 2015, when DCLI, Flexi-Van, and TRAC Intermodal formed a “pool of pools” of almost 100,000 chassis at the ports of Los Angeles and Long Beach. Although the gray-pool concept provided widespread interoperability of chassis and eliminated costly and wasteful practices such as forcing truckers to split the delivery of the container and the chassis into two separate moves, the new chassis regime is still fragile and prone to disruptions.

Problems began to surface in July in Los Angeles-Long Beach when some of the 13 container terminal operators reported chassis shortages. Now many of the terminals in the largest US port complex report shortages. In a presentation Wednesday to the Propeller Club of Southern California, Don Peltier, operations director at DCLI, said he would use the word “dislocations,” because there are sufficient chassis in the region even with peak-season cargo volumes on the rise.

The problem, Peltier said, is that there are pockets of surplus and deficit chassis throughout the harbor that require continuous repositioning. The equipment providers are on top of the problem and are doing their best to reposition chassis from where they are not needed to where they are needed, he said.

Also, there are hundreds of chassis with loaded containers scattered at warehouses throughout the region because BCOs feel no pressure to quickly unload the containers. He suggested that the shipping lines may want to review their policies of giving BCOs a number of days to hold onto chassis without having to pay late-return charges known as per-diem fees.

But it's not just Hanjin

Another problem that has left intermodal equipment providers and terminal operators pointing fingers at each other is a rising number of defective, or bad-order, chassis in the harbor. Terminal operators say the number of bad-order chassis is increasing because the IEPs are refusing to pay the terminals, and by extension their longshore labor, to repair chassis during night and weekend shifts.

Peltier said each of the IEPs has its own maintenance and repair policies under the pool-of-pools agreement that was approved by federal regulators, and many factors go into such decisions. A spokesperson for Flexi-Van in attendance at the Propeller Club meeting said the company has a core group of inspectors that circulate among the terminals at night and authorize repairs as needed.

Truckers and terminal operators across the country have criticized the three major IEPs for failing to replenish their fleets quickly enough, charging that thousands of chassis are 15 years old or older and must be replaced so they won’t spend excessive amounts of time being repaired time and again.

Peltier said each equipment-leasing company is on its own when it comes to replacing chassis, even those in the Southern California pool of pools, but he said DCLI is delivering 5,500 new chassis into its national fleet, plus an additional 2,200 newbuilds for Los Angeles-Long Beach.

In this fluid environment, with cargo volumes building everywhere for the peak season, the Hanjin bankruptcy filing has simply made matters worse. The main problem is that many terminals stopped accepting empty Hanjin containers after the carrier’s Aug. 31 bankruptcy filing in South Korea because of uncertainty over who would pay them to process the empties and load them onto ships. The terminals did not want a flood of Hanjin empties sitting on their docks and contributing to congestion.

As a result, many of the empty Hanjin containers are sitting on chassis at distribution facilities and city streets because no one will pay the labor, delivery, and storage charges to receive the units, remove the empty containers to release the chassis, and then store the empty boxes until someone claims them. Thousands of chassis holding empty Hanjin containers are scattered across the country, in effect removing those chassis from circulation and aggravating existing chassis shortages.

Every problem has a solution

Oakland International Container Terminal and the Port of Oakland on Wednesday announced a local solution to this problem. The port said empty Hanjin containers can be delivered to the Roundhouse property adjacent to OICT, the largest terminal in Northern California. The empties will be lifted from the chassis and stored on the property, and truckers can immediately pull off with the bare chassis and return them to service.The port and OICT worked out an arrangement to cover the costs of handling and storing the approximately 1,200 containers.

Other ports, including Long Beach and Los Angeles, have identified possible sites where the Hanjin empties can be stored, but that would require putting out requests for proposals to operators who would have to rent the properties and hire labor, most likely longshore labor, to work in the yards, with no assurance of being paid.

The number of Hanjin empties in Southern California has not been identified, but it is believed to be several times larger than in Oakland. Also, a complex series of container storage charges, possibly for months, would be incurred, including per-diem charges for the late return of chassis and other commercial fees and charges. Payments could be held up for months, or years, owing to the Hanjin bankruptcy proceedings. Rather than deal with the mess, inertia has set in.

Conditions are not as difficult at other ports. Jon Poelma, senior vice president and chief operating officer at Consolidated Chassis Management, which operates and manages the chassis fleet in the South Atlantic, said Wednesday that when Hanjin filed for bankruptcy, CCM had about 4,000 chassis with Hanjin boxes on them. The total has been cut in half and continues to be reduced by 100 to 200 per day, he said. The handling of the Hanjin containers has not impacted CCM service levels, Poelma said.

Truckers in New York-New Jersey said the Hanjin bankruptcy has not resulted in a chassis shortage so far. Jeff Bader, president of the Association of Bi-State Motor Carriers, said he feared the chassis situation would get tight, but so far he hasn’t received many complaints.

“I don’t see any shortages,” said Dick Jones, executive director of the Bi-State association, even though there is plenty of evidence that there are a number of empty Hanjin containers that cannot  be returned. “The yards around here are loaded with them. They’re sitting around because Hanjin won’t take them back,” Jones said.

TRAC Intermodal said that beginning on Saturday it will start billing motor carriers for Hanjin-related chassis equipment. The minutes of a recent Bi-State association meeting stated that TRAC has not been billing truckers since Hanjin sought bankruptcy protection.