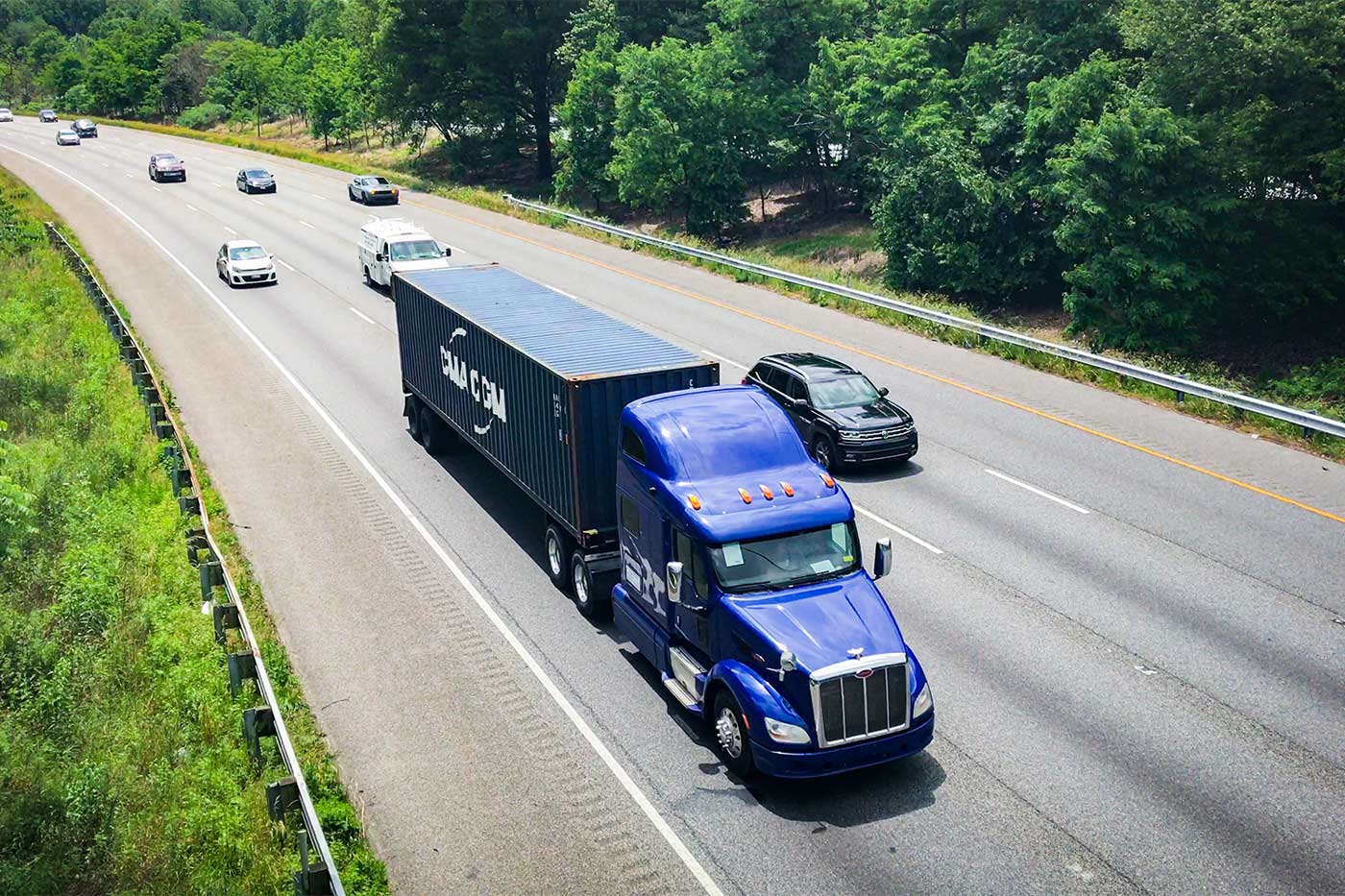 The amount of available drayage capacity in the market to handle container movements has dwindled in recent months due to a combination of factors. Those include a quick rebound in volume at ports and inland rail terminals, a slowdown in shippers unloading and returning containers, and drivers exiting the industry during the COVID-19 pandemic.

The rapid swing in volumes has exacerbated the capacity shortage, as ports and railroads suffered double-digit declines year over year in the second quarter, only to see a quick return to year-over-year growth in the third quarter, according to intermodal marketing and trucking executives.

The supply chain is unaccustomed to such whiplash-like change, according to these executives, which has caused equipment and truck availability to become a problem.

“We find that capacity is limited and most dray carriers are booked out two or three days in advance,” said Jon Krystek, chief operating officer for Knichel Logistics. “The 53-foot drayage market right now is very challenging. Our recovery has plateaued, but it has not been due to the lack of demand, it’s the lack of drivers and equipment.”

Laden imports to the Port of Los Angeles declined nearly 15 percent year over year between February and July, but have risen 22 percent year over year in August and September combined, according to PIERS, a sister product of JOC.com within IHS Markit. The port of Savannah saw laden imports fall 23 percent between March and July, but they have risen 8.9 percent in August and September year over year, according to PIERS. Savannah and other East Coast ports began to feel the impacts of Chinese factories shutting down due to the COVID-19 pandemic a month later than the West Coast due to the longer transit times.

CSX Transportation and Union Pacific Railroad illustrate the rapid shifts in volume on the rails. CSX had the weakest second quarter since 2011, while UP had its lowest volume since the Great Recession of 2008-09. In the third quarter, however, both railroads saw volume rise more than 6 percent year over year and grow 20 percent compared with the second quarter, according to the Association of American Railroads.

“Import volumes into West Coast ports doubled over a one- to two-month period and the drayage capacity and chassis are not available to react to this large of a surge,” he told JOC.com. “This same impact has been felt in most major import and rail intermodal markets nationwide, but to a lesser degree since West Coast ports are the closest access point to Asia. We anticipate this capacity challenge will exist for the next two to three months.”

“The system needs to adjust to the surge and the shipper and the consignee can help with flexibility — that is a big missing link,” added Sam Farruggio, owner of drayage provider Farruggio’s Express.

Finding drivers is a problem

When volume was at a low in the spring, trucking executives said they lost many drivers. Instead of riding out the downturn, they said older drivers decided to retire or take different jobs.

“Demand is extremely high and since most carriers had cut back on hiring earlier this year and fewer new drivers have entered the market, a perfect storm has been created,” said Ben Banks, vice president of drayage provider TCW Inc.

Kellaway said a great deal of drayage capacity left during the pandemic and it’s been hard to find new drivers.

“Many of these drivers have not returned, and have elected to go to other industries or other sectors such as truckload, which is paying a very high premium at the present time due to capacity shortages,” he said.

Dry van spot market rates have risen to levels even higher than in 2018 with a surge in e-commerce shopping and increase in purchases of durable goods such as furniture, appliances, and other home improvement items. Drivers who complained this spring about unsustainable pay on spot loads are now earning some of the highest per-mile rates in history.

Farruggio notes that driver productivity is also a real problem. Drivers are completing fewer deliveries per day and therefore more trucks are necessary to handle the same volume as in the past.

“The Northeast markets are all short of drivers and the demand exceeds the workforce, the lack of efficient use of the supply of drivers is the real problem,” he said.

“Rail terminal congestion and a slower pace of unloading at customer destinations have contributed to a meaningful slowdown in the velocity of the supply chain and thus the productivity of our equipment,” Darren Field, J.B. Hunt’s executive vice president of intermodal, said on the company’s earnings call.

Field said J.B. Hunt had to turn down business because there weren’t enough available containers to support new opportunities. The container problem has also been a problem on UP’s rail network this summer with rail-owned UMAX and EMP containers. Intermodal logistics executives have told JOC.com that less than 20 percent of requests for UMAX and EMP containers are being granted in California.

“Some weeks along the way have been a bit better, but to be honest there is no significant improvement since July,” Krystek said.

Chassis issues have popped up on both international and domestic containers, the trucking executives said. Available TRAC Intermodal chassis were running low in Columbus in recent weeks, and TCW’s Banks said availability is also tight in Memphis.

Farruggio said the bigger problem is on the domestic side.

“The international side has done a great job with chassis supply and quality,” he said. “The domestic, 53-foot world has fallen short on supply and quality. Many days we find units on the ground due to no chassis or placed on a bad chassis.”

That’s unusual because J.B. Hunt, Schneider National, and XPO Logistics have their own chassis, and Hub Group and EMP containers are stacked on Norfolk Southern chassis in the East. But it shows just how tight equipment is in the US right now.

Canada Trade and Shipping Outlook
TPM22: What We Learned — Container Shipping in the Crosshairs
Managing E-Commerce From Order to Delivery and Beyond
END_OF_DOCUMENT_TOKEN_TO_BE_REPLACED