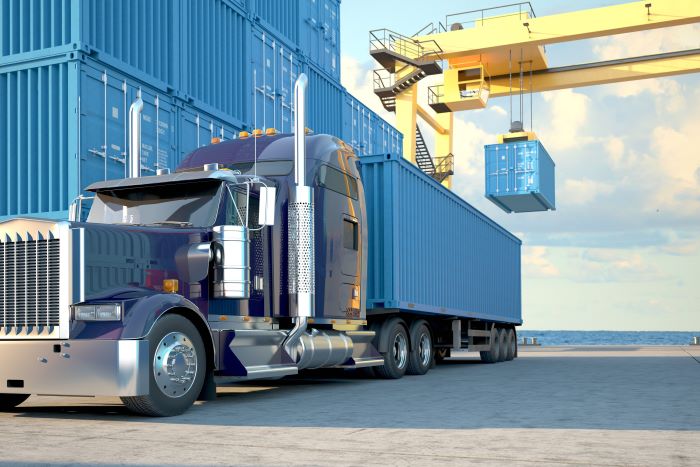 The coronavirus disease (COVID-19) adds another layer of complexity to the future of driver classification legislation in states such as California, New Jersey and New York. Photo credit: Shutterstock.com.

The coronavirus disease 2019 (COVID-19) has shown the fragile state of employee benefits in the United States, injecting another layer of complexity into the national debate over driver classification.

The battle over classifying truck drivers as either independent contractors or direct employees is a key feature in California’s AB5 legislation. The issue has become even more complex as attention is focused on the 10 million jobs the US economy shed the past two weeks amid widespread coronavirus-related shutdowns.

Truckers say AB5, and similar bills in New Jersey and New York, would significantly weaken the owner-operator model at major ports where the Teamsters union is attempting to organize drayage truck drivers. If drivers are classified as employees, rather than as independent contractors as the vast majority are today, the drivers would have contractual guarantees of pay and benefits.

AB5, which was signed into law by California Gov. Gavin Newsom in September and took effect Jan. 1, would increase the legal requirements for classifying workers as independent contractors. Companies are able to legally avoid making contributions to Social Security, unemployment, and other benefits for workers who are classified as independent contractors. The US Ninth Circuit Court of Appeals last week declined a Teamsters union request to allow enforcement of AB5 as it applies to trucking until arguments are presented this summer.

Greg Sanders, CEO of Rail Delivery Services (RDS) in Southern California, said the trucking company’s focus today is on booking more freight for its drivers. RDS’s bookings are increasing, especially those shipments considered essential to the economy. Right now, the drivers’ wages are up from last year, he said.

Although the US Ninth Circuit court is expected to hear the AB5 case in June or July, the employee classification saga — which also has wider implications for the so-called gig economy outside of trucking — is being addressed by a number of bills in the California Legislature.

“Don’t give people the false impression that this [AB5] will be the last battle in trying to get drivers classified as employees,” Cherin said. Regardless of the court’s decision, the author of AB5, California Assemblywoman Lorena Gonzalez, has said there are at least 34 bills pending that in some way touch on AB5, he said.

The classification of truck drivers as employees is an important labor issue that has been around since it was included in the original Port of Los Angeles clean truck program 12 years ago, Cherin said. Employee drivers are subject to organizing by labor unions, while independent contractors, by law, cannot be organized.

At most ports, the vast majority of drivers are independent contractors because they choose to be so, Cherin said, adding that about 90 percent of the drivers in the Los Angeles-Long Beach port complex are owner-operators.

The driver classification issue is complex. Some owner-operators say they would like to be employee drivers. The majority of drivers in major container ports prefer their status as independent entrepreneurs. The Teamsters favor legislation such as AB5 because it would make it easier for the union to organize drayage drivers and increase their membership.