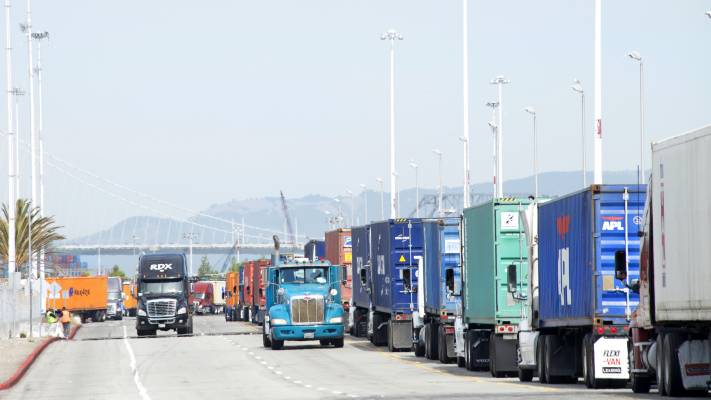 The trucking industry will not have to comply with AB5 until a court rules on a motion for an injunction on Jan. 13. Photo credit: Shutterstock.com.

The trucking industry has received a temporary reprieve just hours before Assembly Bill 5 was due to become law and significantly alter the standards to determine whether a driver is an employee or an independent contractor.

US District Court judge Roger T. Benitez issued a temporary restraining order on Dec. 31 that will carve out a temporary exemption for the trucking industry until the courts rule on a lawsuit filed by the California Trucking Association. The industry trade group argued AB5 cannot apply to trucking because Congress has the sole power to legislate interstate commerce under the Federal Aviation and Administration Authorization Act of 1994 (FAAAA).

“Plaintiffs have carried their burden for purposes of emergency relief to show (1) that they are likely to succeed on the merits, (2) likely to suffer irreparable harm in the absence of relief, (3) that the balance of equities tips in their favor, and (4) that their requested relief is in the public interest,” Benitez wrote in his ruling.

AB5 is the landmark legislation that codified the standard outlined in the California Supreme Court’s decision in April 2018 in Dynamex Operations West Inc. v. Superior Court. In order to be an independent contractor, a company must prove the worker is free from the control and direction of the hiring entity (Prong A), that the work performed is outside the usual course of the company’s business (Prong B), and the worker is engaged in an independently established trade or occupation (Prong C). Trucking companies generally run into legal problems complying with the “B” prong.

Benitez, however, wrote in his ruling that the California Trucking Association has proven that “prong B is likely preempted by the FAAAA”. The next court date is Jan. 13 when the CTA will seek a preliminary injunction, which is necessary because temporary restraining orders are considered short-term remedies.