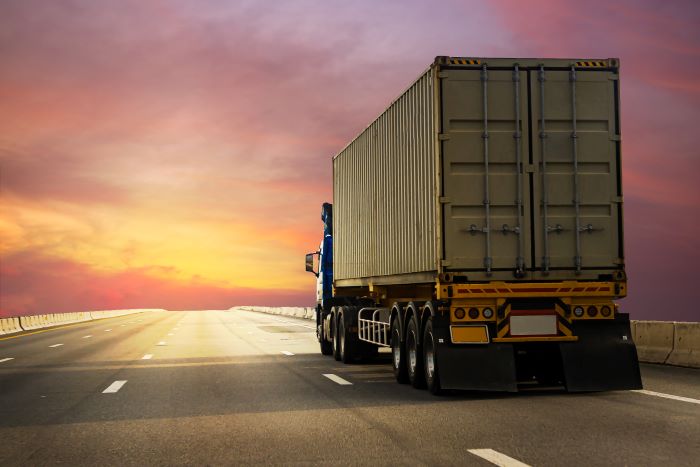 The decline in trucking volumes will exacerbate pressures on small trucking companies that haven’t built up their own shipper customer base. Photo credit: Shutterstock.com.

While the hope is that the economy bounces back once stay-at-home orders are lifted and broader fears driven by the coronavirus disease (COVID-19) fade, the reality is that US freight volumes may not return for years, and in that time, there will be a larger reduction in drivers and carriers counts. When the economy begins to recover, shippers will face higher prices, fewer options, and shortages of capacity.

One of the first warning signs of deeper malaise ahead is that small trucking companies aren’t taking advantage of the paycheck protection plan (PPP). The PPP provides forgivable loans to small businesses (500 employees or less) who agree to keep their staff on payroll for the next eight weeks. Ninety-nine percent of all active, for-hire trucking companies have 500 trucks or less, and 98.5 percent have 100 trucks or less. The former accounts for 61 percent of all of America’s truck drivers. Many of the nation’s truckload carriers factor their accounts receivables, living load to load and taking cash advances, leaving them markedly exposed to downside risk.

Given the size of the trucking industry and the percentage of businesses likely under the 500-employee cap, one would imagine that trucking would be in the top 10 industries to benefit from the initial $350 billion PPP allocation. Unfortunately, that is not the case, which paints a really dark picture for the future of the trucking industry. Thankfully, the PPP was renewed by Congress and President Donald Trump on April 24, but the industry needs to see every single company in the transportation industry who employs 500 people or less taking advantage of it. Failure to do so could cause America's delicately balanced supply chain to crumble.

The decline in trucking volumes will exacerbate pressures on small trucking companies that haven’t built up their own shipper customer base. Over the last decade, a 2+ percent GDP quarter generally meant good pricing power for carriers. The electronic logging device (ELD) mandate resulted in an estimated 3+ percent loss of capacity, which combined with a growing economy, supercharged carrier pricing power for 18 months. Anything less than a 2 percent quarter usually meant lower prices and power shifting to shippers. Through thick and thin, there was enough spot market freight on the boards to sustain a carrier, and carrier counts and driver counts swelled. Trucking companies and owner-operators entered the market without a key component that drove 100+ years of success for their predecessors: they had few to no shipper customers.

Some carriers will disappear in ‘weeks’

In March 2020, America’s longest recorded economic recovery ended. The second quarter is expected to be a 30 percent decline, followed by a 5 percent decline in the third. That’s far worse than during the Great Recession. Every driver and carrier in business is competing for the 80 percent of business that’s open, causing a nosedive in pricing within the spot market that can’t sustain a carrier’s costs. For these carriers, it won’t take months, but weeks, for a swath of them and their drivers to disappear.

In tough times, cash is king, so shipper payment terms are going to squeeze cash-strapped carriers and brokers. Even in healthy markets, small trucking companies often ask for advances on their payment to buy fuel for the shipment they’re carrying. Amid this pandemic, a number of manufacturers have been expanding their payment terms from 60 to 90 days, or 90 days to 120. Couple this with the carriers who are living hand to mouth, dealing with the plummeting spot market, and we’re looking at a significant reduction in capacity if these carriers go out of business at the rate we expect.

That the impact of COVID-19 surpasses that of the five largest events affecting freight transportation in the last three decades bodes poorly for smaller operators. While 9/11 greatly impacted air traffic and economic growth led to a general malaise in the market, it took the economy just two years to recover ground, albeit that health was modest before the attacks. The 2003 third quarter Bush tax credit, followed by new hours of service (HOS), came just as the economy was coming out of a recession. The updated HOS rules removed about 3 percent of the nation’s capacity, and it took 18 months for the freight transportation industry to normalize. The 2007-08 Great Recession was a total wash for trucking growth, and volumes didn’t begin recovering until 2009. The 2014 “polar vortex” disrupted the trucking economy and raised prices, but its downward pressure on capacity lasted only six to eight months. Lastly, the 2017-19 ELD mandate removed an estimated 3+ percent of phantom or illegal capacity contained in logbooks, taking the industry 18 months to normalize.

The impact on capacity for these events was in the single digits — about 3 percent for each. Today, though, we’ve seen a month of little to no activity for some carriers with an estimated 20 percent of the American industry shut down. After initial surges due to grocery replenishment, many carriers are losing money taking loads below cost to operate, driving the price down for everyone. So, even the strong carriers — those moving critical goods — are weakened.

Shippers should ‘resist past urges’

Based on past experiences with major market disruptions, each month the economy is down generally pushes our recovery out in the range of 18 months. On April 24, economist Noel Perry warned freight volumes may not return until 2024. We’re into the second month of stay-at-home orders. For trucking specifically, there’s little doubt that trucker and driver counts will steeply decline and do away with enormous capacity that, unfortunately, the economy probably won’t need for years. For carrier and broker survivors, that big and sudden loss of capacity will serve to swing pricing power back, as volumes improve, perhaps as early as late 2020.

Shippers are wise to resist past urges that led to disaster. Don’t gravitate toward larger carriers, keeping brokers as safety nets. That strategy led to blown freight budgets in all the scenarios above — most recently in 2018. The biggest carriers will leave commitments like their hair is on fire when the freight economy turns later this year. If shippers apply lessons learned from previous disruptive events, they can set themselves up to weather an impending capacity storm. They need to treat reliable broker partners as peers to their core carriers. In doing so, they’re continuing to support the smaller carriers who substantively support them and whose mere presence in the market adds competition and strengthens the marketplace. In short, keep your stable of carriers and brokers close. We’re not going back to normal any time soon.

Jeff Tucker is CEO of Tucker Company Worldwide. Contact him at jeff.tucker@tuckerco.com.

No logistics ‘normalcy’ in sight for US shippers: CSCMP

How to Improve OTIF: 15 Tips for On Time and In Full Delivery
END_OF_DOCUMENT_TOKEN_TO_BE_REPLACED