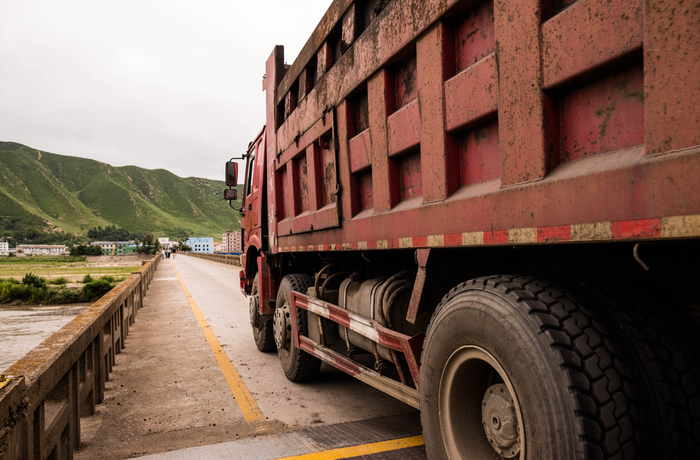 Trucking operations in China are almost back to pre-Chinese New Year levels of normalcy for city, provincial, and cross-border services nearly eight weeks after the coronavirus disease 2019 (COVID-19) outbreak paralyzed the trucking industry.

“Domestic trucking is gradually improving. More than 80 percent of drivers are back on duty, alleviating most of the severe constraints in previous weeks,” a spokesperson for third-party provider Agility Logistics said.

That is in stark contrast to the situation a month ago when only about 10 to 20 percent of trucks were available in Ningbo and east China’s Zhejiang Province because the area was in partial lockdown. Forwarders said cross-border trucking, including links between China and Vietnam, are virtually back to normal after the removal of truck quotas, although there are customs delays getting into Vietnam at the Pingxiang frontier crossing.

“For cross-border trucking to Central Asian countries, the China/Kazakhstan border at Horgos remains closed until mid-March. Trucking to Europe via the China/Russia route at the Manzhouli crossing is continuing as normal,” a Kuehne + Nagle representative said.

Highway restrictions limiting access to provinces have been completely removed in Guangdong, Zhejiang, Guizhou, Jiangxi, Guizhou, and Liaoning, according to forwarders. Restrictions have been eased in Jiangsu and Fujian and cities such as Chengdu and Hefei, and all highways across China are toll-free until the end of June, forwarders told JOC.com.

"All a driver now needs to do is download an application that indicates where the driver has been which they show to highway officials and entry control staff at individual cities," said Paul Tsui Hon-yan, managing director of Hong Kong based logistics company Janel Group. "If drivers have been to affected areas and they are banned from entering the destination they must isolate themselves for 14 days.”

While the trucking situation was better in northern China, where truck capacity was about 80 percent of normal because most drivers lived in northern provinces, strict controls on the movement of people meant there was little movement of cargo. As a result, containers were either left in storage yards and ports or diverted to ports in other countries including Busan, South Korea. This led to carriers such as Hapag-Lloyd and CMA CGM to levy congestion surcharges on refrigerated (reefer) containers at ports including Shanghai, Tianjin, and Ningbo.

Most of those restrictions have now been removed, according to ocean carriers and freight forwarders. For example, Hapag-Lloyd on Wednesday said it was cancelling its reefer surcharge “with immediate effect.”

In Hubei Province, one of China’s leading automotive manufacturing centers for vehicle parts, transport restrictions will be eased and businesses will be allowed to resume operations, the provincial government said Wednesday. Currently, trucking operations need to be approved on a case-by-case basis.