Convoy opens door for small truckers to drop and hook

Convoy opens door for small truckers to drop and hook 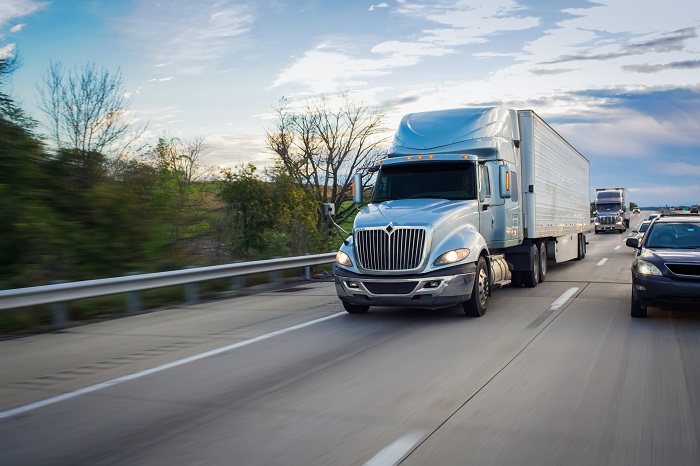 Convoy is among the most prominent of a large crop of digitally powered companies using algorithms to better match capacity and demand. Photo credit: Shutterstock.com.

Drop and hook entails a carrier dropping an empty trailer at a shipper facility and picking up a pre-loaded trailer. Smaller carriers have typically not been able to participate in the drop-and-hook process because, unlike large regional or national carriers, they don’t have a fleet of extra trailers to drop at shipper facilities to be pre-loaded.

Convoy is among the most prominent of a large crop of digitally powered companies using algorithms to better match capacity and demand in the truckload market. Company executives told JOC.com that the idea for the new feature, which it calls its Power-Only Program and associated Universal Trailer Pool — came from the set of large shippers using its platform.

“The bigger shippers we work with — the most forward-thinking shippers — asked us how can we scale the drop program,” said Adarsh Nair, vice president of growth at Convoy. “Most of the doors at these shippers’ facilities are tied to drop programs.”

Program goal: decrease trucker time on dock, increase it on the road

Drop-and-hook programs that speed drivers through pickups and deliveries are proving a popular way for shippers to deal with capacity shortages. By reducing the time drivers spend on docks, drop and hook gives truckers more time on the road, effectively creating capacity. Drop and hook also is seen as a way to attract carriers and become a “shipper of choice.”

Demand has been historically high in the first quarter of 2018, driven to new heights by a mandate that truckers operate with an electronic logging device (ELD) that tightly regulates their hours of service behind the wheel. Without a paper log, a driver cannot work beyond the federal limits to finish one last delivery during the workday. As daily productivity declines, however, the amount of freight being moved is on the rise. According to the DAT North American Freight Index, freight volume jumped 32 percent in April compared with the same month in 2017, and spot market dry-van rates are up nearly 30 percent. Truckload revenue per loaded mile rose 10.7 percent in the first quarter, according to investment bank Stephen’s Inc., the largest increase in the history of the index.

In the current tight capacity environment, those shippers were seeking additional sources of capacity to support their drop programs, but small carriers are generally unable to engage because they often own their own trailers and aren’t able to drop one and pick up another.

Convoy is trying to rectify that via an algorithm that creates what Nair called trailer loops, in effect building a “gray pool” of trailers within Convoy’s network.

Demand has been historically high in the first quarter of 2018, driven to new heights by a mandate that truckers comply with an ELD rule that tightly regulates their daily and weekly hours of service. Stricter enforcement of the rule as of April 1 has constricted capacity and driven up rates by double-digit percentages in certain regions and segments, forcing shippers to seek new sources of capacity when possible.

“There was lots of appetite from small carriers if they could get the support,” Nair said. “You do need to identify a loop or some sort of network where there is a density of loads. Some of the shippers we work with have that density in their own network, and our larger shippers do 100,000 or more loads every year across our network. We’re working on tech where they expose these loops for us.”

There are also opportunities for the shipper beyond just expanding capacity available for drop-and-hook programs, he said. Shippers typically have a certain number of trailers they need at their facilities at any given time, but the management of those trailers is often done on paper, not automated. So the power-only pool would theoretically also enable shippers to keep better track of their trailer inventory.

Then there’s the issue of how usage of such a tool would impact the day-to-day for a small carrier. In order for independent owner-operators to commit to using such a feature, they’d need the ability to flex between being able to pick up power-only loads and traditional loads sourced through a load board or broker.

“It should be seamless,” Nair said. “Right now, these loops are very rigid, or the cab is left without the trailer. The idea is the carrier takes the trailer and goes. And when they’re done, they’re left with a trailer they can use for another load.”

Convoy calls the gray pool its sponsored set of trailers. The company is currently operating power-only shipments and a universal pool with shippers in select areas, with plans to expand nationally in the near future.