Contract US truck rate growth to slow, but still climb, in 2019

Contract US truck rate growth to slow, but still climb, in 2019 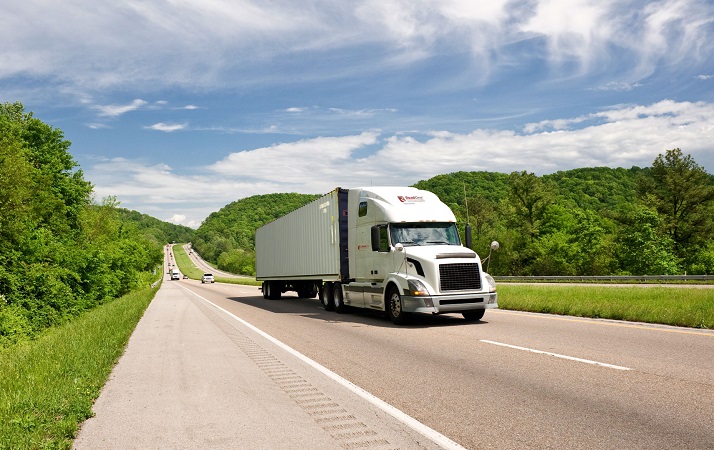 US carriers are ordering trucks at record high numbers, but those trucks won’t be built, let alone hit the road, until next year. Drivers will still be hard to hire. Photo credit: Shutterstock.com.

After rising by double digits in 2018, US contract truckload rates could rise a more modest 5 percent on average in 2019, and swing even farther towards shippers afterward, if the hot US economy begins to cool.

Some industry analysts believe 2019 will be a transition year in which carriers still hold power over shippers, but the grip is loosening and could be lost completely, if economic growth stalls by 2020. Others understand conditions may change eventually, but say a repeat of the freight recession in 2016 is unlikely to happen unless the US economy slumps into recession.

Forecasters also warn shippers that they are merely making an educated guess, so a sound strategy would include paying close attention to spot markets in the next six months. Much depends on the strength of economy in 2019, and whether the balance between truck supply and freight demand swings closer to an equilibrium next year.

Shippers should not set hopes too high

Shippers looking for a return to balanced conditions shouldn’t set their hopes too high, based on currently available market data and projections of US economic growth. Some believe today’s bullish conditions — for truckers, that is — will last longer.

The US economy seems able to absorb capacity faster than trucking companies can add trucks and drivers. US real GDP expanded 4.2 percent in the second quarter and is growing at a 3.8 percent rate in the third quarter, according to the Federal Reserve Bank of Atlanta.

Carriers are ordering trucks at record high numbers, but those trucks won’t be built, let alone hit the road, until next year. Drivers will still be hard to hire.

For every pro-carrier market, however, there is a pro-shipper market — chief financial officers just have to be patient. Often spot rates are a leading indicator on contract pricing and history can teach us valuable lessons on the issue.

In 2014, spot market rates rose more than 25 percent on a year-over-year basis. Growth rates, however, decelerated to 15 percent by the end of 2014, and into single digits by February 2015. Eventually year-over-year spot rates went negative in June 2015, according to DAT Solutions. In the 2015 third quarter, US real GDP expansion dropped to 1 percent, and to 0.4 percent in the fourth quarter, and remained between 1.5 and 2.3 percent until the 2017 second quarter.

In the contract market, motor carriers secured rate increases in 2014 and 2015, but shippers negotiated freezes and rate cuts in 2016 and early 2017.

The spot market began to recover in March 2017, eventually climbing more than 32 percent year over year this January. Contract rates quickly responded too, growing more than 10 percent earlier this year, and by 20 percent in August, versus a year ago.

For shippers, the silver lining is that spot market rates have decelerated since January, ending August up 17 percent higher year over year. DAT predicts rates will grow in the teens through December, then further slow into single digits in 2019.

It will be increasingly hard, even with a healthy economy, to sustain year-over-year increases comparable to those seen in 2018. If history repeats itself, contract rates next year will look like 2015, then flip back towards shippers in 2020.

“There is enough pressure from the economy to continue to push rates higher but at a more moderate pace going forward,” said DAT industry analyst Mark Montague. “When you look at the structural drivers — energy, e-commerce, or general economy — everything says rates will still be higher next year, but there will be moderation in both the spot and contract markets.”

Matthew Harding, vice president of Chainalytics, explains that it’s very difficult to anticipate where the spot market will head because there are too many variables. Some of it is behavioral such as actions to counteract tariffs on Chinese-made goods. It can also be psychological, however, such as retailers panicking about empty shelves this holiday.

“What is most important to us is the differential between spot and contract rates. Coming out of August, our data show there was a 10 percent differential in rates. That 10 percent falls below the pressure that is necessary to continue sustainable growth in contractual pricing,” Harding said.

Based on a seasonally adjusted reading of Truckstop.com’s Market Demand Index, trucking economist Noel Perry thinks capacity has reached an apex, and spot rates will continue to fall, pulling down contract rates in 2019.

“Pricing and profits will stay strong in the contract segment through the end of the year, at least, and perhaps through the end of the 2019 first-half seasonal peak,” Perry said in an Aug. 3 column published on his Transport Navigator website. In early September, however, pricing relief still seems far off.

Broughton Capital economist Donald Broughton has a different view. Rather than being in the ninth year of a recovery, he believes the consumer market is still early in the recovery cycle, with the consumer-led portion of the recovery less than two years old.

“Although the comparisons are extremely difficult in the first couple months [of next year], overall freight shipments and freight expenditures will be higher in 2019 than 2018,” said Broughton, author of the Cass Freight Index and chief market strategist for Freightwaves.

Shippers should remember the lessons learned from this year as they negotiate rates in as 2019. Next year won’t be as nasty as 2018, according to Andrew Lynch, president of Zipline Logistics, a Columbus, Ohio-based third-party logistics provider, but he also doesn’t “see freight markets plummeting back to where they were in 2016 for a very long time.”