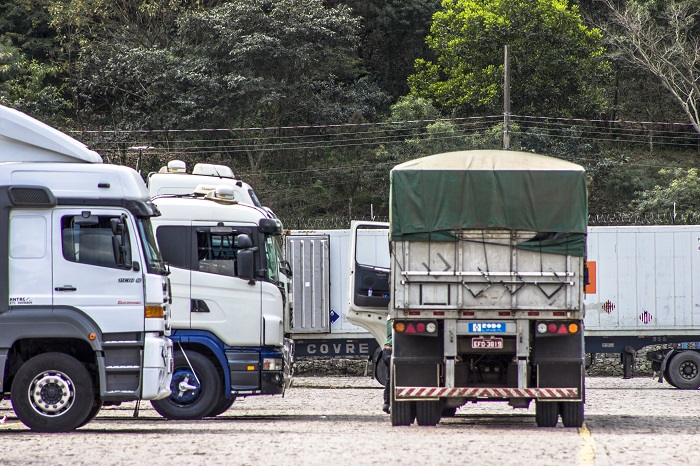 Shippers and business groups argue the current truckers’ freight rate table is too generous and would increase shipper costs and retail prices by double digits. The truckers’ union wants a fair rate table and said it will strike again if it is not obtained. Photo credit: Shutterstock.com.

Although Brazil’s truckers have returned to work and the South American country’s transport system is slowly getting “back to normal,” another stoppage may emerge if ongoing talks between the truckers’ union, shipper groups, carrier groups, and Brazil’s government do not devise a solution to the current freight rate table (FRT) impasse. In the meantime, shippers are facing large increases in trucking costs, averaging 20 percent.

To resolve the earlier strike, Brazil’s President Michel Temer agreed to all union demands encapsulated by Medida Provisória 832/2018 and a new FRT, which included generous minimum freight rates. However, Temer subsequently reversed the decision after an indignant reaction from several bodies, including the National Confederation of Industries (CNI) and Centronave (which represents foreign flag shipowners operating in Brazil). Those groups have lobbied vigorously since the strikes/blockades ended in early June, demanding that the minimum freight rates be overturned. CNI argues that, if accepted, the current minimum FRT in place will increase all Brazilian retail prices by 12 percent by the end of the year.

Further, after the second FRT was set up, it was rejected by the truckers’ unions and associations, including the powerful Association of Autonomous Truck drivers — Abcam — which represents 700,000 freelance truckers out of Brazil’s 1 million freelance truckers.

Abcam told Brasilia to tear up FRT 2 and revert back to FRT 1, which is currently the main freight rate scale being used until a third table can be negotiated. Abcam has threatened that its members might go on strike again if the original table — and a promise from Temer — were not kept. It repeated that threat earlier this week, if Temer did not quash a backlog of fines for striking truckers, amounting to 700 million reais (about $181 million). With a large contingent of truckers in the gallery pressuring congressmen, Temer’s government agreed not to impose the fines, and the truckers raucously sang the Brazilian national anthem, to signify their wholehearted approval, when he annulled the fines.

Shippers, forwarders, public officials, and most certainly Brazil’s citizens do not want to see sides again fail to reach an agreement and another strike ensue: the cost is too great.

What’s more, during the truckers' strike May industrial production declined in 13 of the 14 states surveyed by the Brazilian Geographical and Statistics Institute (IBGE). The biggest downturn was in Mato Grosso, where industrial output plunged 24 percent compared with April.

“This generalized fall profile reflects the effects of the truck drivers' standstill,” according to IBGE, adding that in São Paulo state, which accounts for a third of all Brazilian industry, industry fell by 11.4 percent, while in Rio de Janeiro it decreased by 7 percent.

Two of the most powerful shipper groupings in Brazil — the Federation of Industries for the state of São Paulo (Fiesp) and the Confederation of Industries for the state of São Paulo (Ciesp) — also joined in the fray. They cited a Rumos de Industria Paulista, 400-company study that showed a 3.3 billion reais impact on the industry of the minimum FRT in the state, from the June inception to the end of December. Fiesp asserted this represents a 20 percent increase in freight costs. The survey included leading chicken and beef exporters: BRF Foods, JBS, Marfrig, and Minerva, as well as major auto parts importers and exporters.

"After three years under pressure from the poor performance of the economy, the industries of São Paulo have little room to absorb this increase in the price of freight without passing them onto the prices of their products,” said José Ricardo Roriz Coelho, acting president of Fiesp and Ciesp. “However, this transfer will occur at a time of weak economic recovery, which should lead to a drop in sales, as projected by the companies that participated in the survey.”

And like many commentators from the container shipping and shipper side of the debate, the Fiesp executive believes that any FRT with minimum prices embedded in law should not be part of a free market economy.

"The tabulation of freight rates represents a great setback to Fiesp and Brazilian industry in general," Roriz Coelho added. “Fixing minimum prices violates the principle of free enterprise and is ineffective.”

Indeed, Cade, the anti-monopoly watchdog for Brazil, has stated that FRT 1 and, indeed, any FRT is probably illegal under the Brazilian Constitution, but there are gray areas that Temer and appropriate ministers wish to exploit to bring off a customary Brazilian compromise; some call it a “fudge.” Apparently, if the Brazilian Senate passes a law making the trucking industry a national trust, then minimum FRTs embedded in a law passed by Congress are constitutional.

"There is much evidence that what is being proposed as a freight price table is clearly against the interest of consumers and truckers themselves as it will increase final goods prices in the short term and create serious distortions in the competitive dynamics of road transport of medium- and long-term cargo,” Cade said in a statement.

A spokesperson for Abcam told JOC.com that its leaders were in “daily contact” with the Termer adminidstration and are trying “desperately hard” to resolve the situation without further strike actions. “As long as the government keeps to its promises there will be no more blockades,” the spokesperson said. “We can see that the Supreme Court [the final arbiter on FRT legality] is trying to gain time with the consultation period. We are the only association offering to help them and we are available to add more information about how difficult it is for our members to make a decent living without the FRTs.”

“We are also trying to calm down some truckers who are trying to make a new widespread blockade,” the spokesperson added. “We ae trying to discourage this and telling them to give the Supreme Court and government a chance to come up with an acceptable formula.”

Temer and his relevant ministries — including agriculture (which is headed up by Blairo Maggi, the biggest agro-industrialist in Brazil), transport, and industry — have called on all relevent parties to put together their arguments by August 1 and then some decisions will be made on what type of FRT, if any, to move forward with.

“We do not know how truckers will react to the various movements in Brasilia,” Juzwiak told JOC.com. “There are rumors of renewed strike actions again but I do not know how it will develop. It is still an unstable situation but at least in Santos things are getting back to normal for now.”