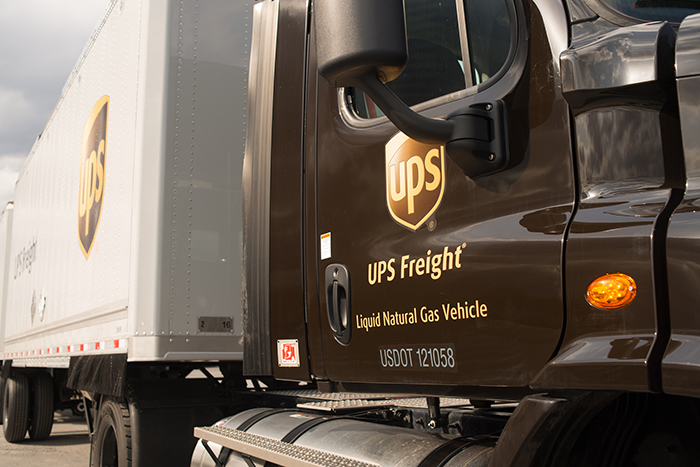 The 50 largest US trucking operators now claim 38 percent of the for-hire trucking market, up from 27 percent in 2009, indicating long-term sustained growth in a volatile market. Photo Credit: UPS.

Trucking may be a fragmented market, but the largest trucking companies in North America are increasing their market share, year to year and decade to decade. Truck pricing may be volatile, and subject to short-term swings in the US economy, but in the long term, the growth rate of the biggest US trucking operators reveals a steady and sizeable surge of business.

From 2009 to 2018, the 50 largest US trucking companies boosted their share of the for-hire trucking market from 27 percent to 38 percent, according to an analysis of data from SJ Consulting Group and the American Trucking Associations (ATA). That’s a big share for 50 companies in a field of more than 500,000 registered motor carriers operating in the United States.

The SJ Consulting Group data are the basis for the annual JOC.com Top 50 Trucking Companies special report, an overview of the Top 50 carriers ranked by revenue, which will be published in the April 15 edition of The Journal of Commerce. The ATA for-hire trucking industry revenue data are released in the association’s monthly and annual trucking reports.

The Top 50 share of the for-hire market, as defined by ATA, actually stayed between 27 and 28 percent until 2014, the year the economy and trucking first showed sustained, higher growth. The Top 50 carriers claimed an additional 9.4 percent of the market in just four years. That points to increased reliance by US shippers on larger transportation providers.

Over the last 10 years, the 50 largest US trucking operators increased their combined revenue 66 percent, despite seeing revenue tumble 17.7 percent during the 2008-2009 recession. Last year, the combined revenue of those motor carriers reached $157.5 billion, according to the 2019 JOC.com Top 50 Trucking Companies special report, prepared by SJ Consulting Group.

More than one 'industry'

The accumulation of revenue at the top underscores the emergence of what are really two separate industries in recent decades, one composed of very large carriers handling high volumes of freight and the other made up of hundreds of thousands of small companies, most of them with fewer than 100 trucks, playing a very different role in the freight marketplace.

The growth in trucking revenue can be tracked in the expansion of what 20 years ago were purely regional carriers into large multi-regional, national, or international companies, and the acquisition of competitors to form larger and larger enterprises. UPS, for example, acquired Overnite Transportation in 2005, and XPO Logistics absorbed Con-way in 2015.

Old Dominion Freight Line, a multiregional carrier with $668 million in revenue in 2003, is now a $4 billion company and the second-largest less-than-truckload (LTL) carrier in the United States. Estes Express, the largest privately owned LTL carrier, was the 14th-largest US trucking firm in 2003, with $865 million in revenue, and today it is number 12, with $2.8 billion in revenue.

Last year, which in terms of revenue growth was the best year for the Top 50 US motor carriers since 2004, five companies in the Top 50 rankings broke the billion-dollar barrier, including Daseke, Ryder System (in its dedicated and last-mile trucking business), the Evans Network of Companies, Universal Truckload Services, Forward Air, and Alliance Shippers.

Where is ABF Freight ranked

Permalink Submitted by johnjan4sink@aol.com on Apr 3, 2019 1:34AM EDT
Where is ABF Freight ranked in all of this ?

ArcBest ranks 11th in the