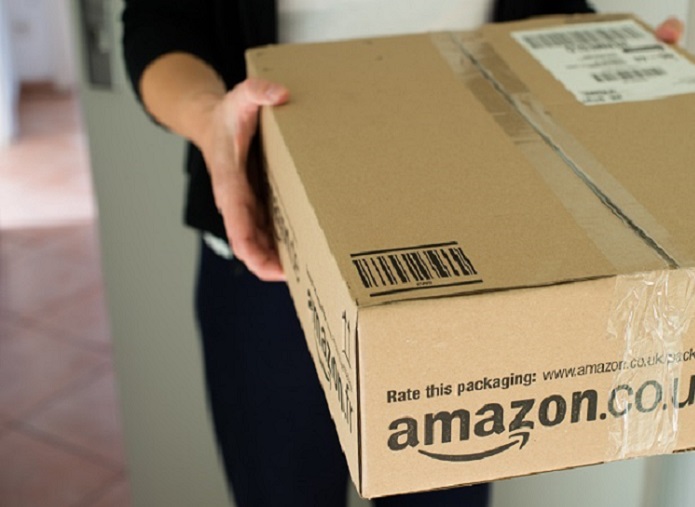 Competition for truck drivers is about to get tougher, as Amazon raises its minimum wage for all full-time, part-time, and seasonal workers across the United States to $15 an hour and increases pay for those who already make more than $15 an hour. Amazon’s broad-based pay hike has the potential to increase competitive pressure on wages across US employers and industries.

The e-commerce and technology company has about 575,000 employees worldwide and more than 250,000 employees in the US, and its workforce is expanding. In the second quarter, Amazon’s global payroll expanded 51 percent year over year. Add to those figures the growing number of contractors that work with Amazon, and its hiring clout becomes clear.

How might this affect trucking? The same way it affects construction, warehousing, retail, and other industries battling for blue-collar workers in a US economy with a 3.9 percent unemployment rate. As Amazon’s fulfillment and delivery empire expands, it pulls potential workers, especially younger employees, away from other transportation businesses.

Amazon has been building delivery muscle for years, owning its own airline with more than 30 cargo planes and thousands of 53-foot trailers. Now the e-retailer is reaching farther into supply chains. A key point is that Amazon is not hiring drivers, it’s hiring companies that will employ drivers. The end result could be the same: fewer drivers available to seat big rigs.

Trucking companies are throwing everything but the kitchen sink into efforts to hire and keep truck drivers. Truck driver pay and benefits increased for the fifth straight year in 2017, a report released Tuesday said. Last year was the third year drivers represented the largest single cost to trucking firms, and when the data eventually are crunched, 2018 will be the fourth.

From 2012 through 2017, driver wages climbed 33.6 percent to nearly 56 cents per mile on average, the American Transportation Research Institute (ATRI) said in its annual analysis of trucking operational costs. Over that five-year period, driver benefits surged to 17.2 cents per mile, with total average driver compensation reaching 73 cents per mile in 2017, according to ATRI.

“This indicates that in addition to offering higher base pay, carriers recognize that benefits and other indirect rewards and incentives can play a critical role in driver recruitment and retention,” ATRI said.  Penny by penny, per-mile pay is rising to the point where more truck drivers will be able to earn average wages in the $50,000-60,000 range, and some even higher.

That’s still well above the average annual pay for heavy truck and tractor-trailer drivers reported by the US Bureau of Labor Statistics (BLS). The BLS mean or average wave for a tractor-trailer driver last year was $44,500, a 2.1 percent increase from 2016 and a 10.2 percent increase from 2012. That figure, however, includes wages for more than for-hire freight truck drivers.

The drumbeat for higher driver pay has been steady this year, however, especially as double-digit increases in spot truck rates have provided an opportunity for more drivers to make a living as independent owner-operators. In fact, despite a shortage of truck drivers at for-hire firms, the overall number of truck drivers climbed 2.6 percent to a new high in 2017.

The number of US tractor-trailer or heavy-truck drivers tracked by the BLS rose to 1.75 million last year, a 12.3 percent increase from 2012 and a 19.2 percent gain from the most recent low point in 2010, a year after the end of the last recession. Another BLS measure, for-hire trucking employment, rose 2.1 percent in August to a 10-year high of 1.48 million workers.

The JOC For-Hire Trucking Employment Index hit a reading of 102.5 in August, indicating US trucking employment is about 2.5 percent above its pre-recession peak level in the fourth quarter of 2006 and early 2007. Despite that overall gain, the American Trucking Associations estimates for-hire carriers face a shortage of 50,000 truck drivers in 2018.

Pulling that number down will require even greater spending on drivers by the for-hire trucking companies that need them, in recruitment and training as well as pay and benefits. And they’ll be competing with Walmart, which Bloomberg recently reported will double its spending on driver recruitment for its private fleet — which happens to be the largest in the US.

Walmart hires experienced drivers and pays them as much as $86,000 a year, according to the Sept. 10 Bloomberg report. “Right now I could hire a few hundred drivers,” Tracy Rosser, senior vice president of transportation, told Bloomberg. “It’s getting tougher and tougher to find qualified drivers.” If it’s tough for Walmart, imagine how tough it is for for-hire carriers.

As for Amazon, it’s looking for drivers too. The company last month said it would order up to 20,000 delivery vans to supply to small delivery companies it hopes to grow into a third-party package delivery network. “Amazon will take an active role in helping interested entrepreneurs start, set up, and manage their own delivery business,” the company said in June.